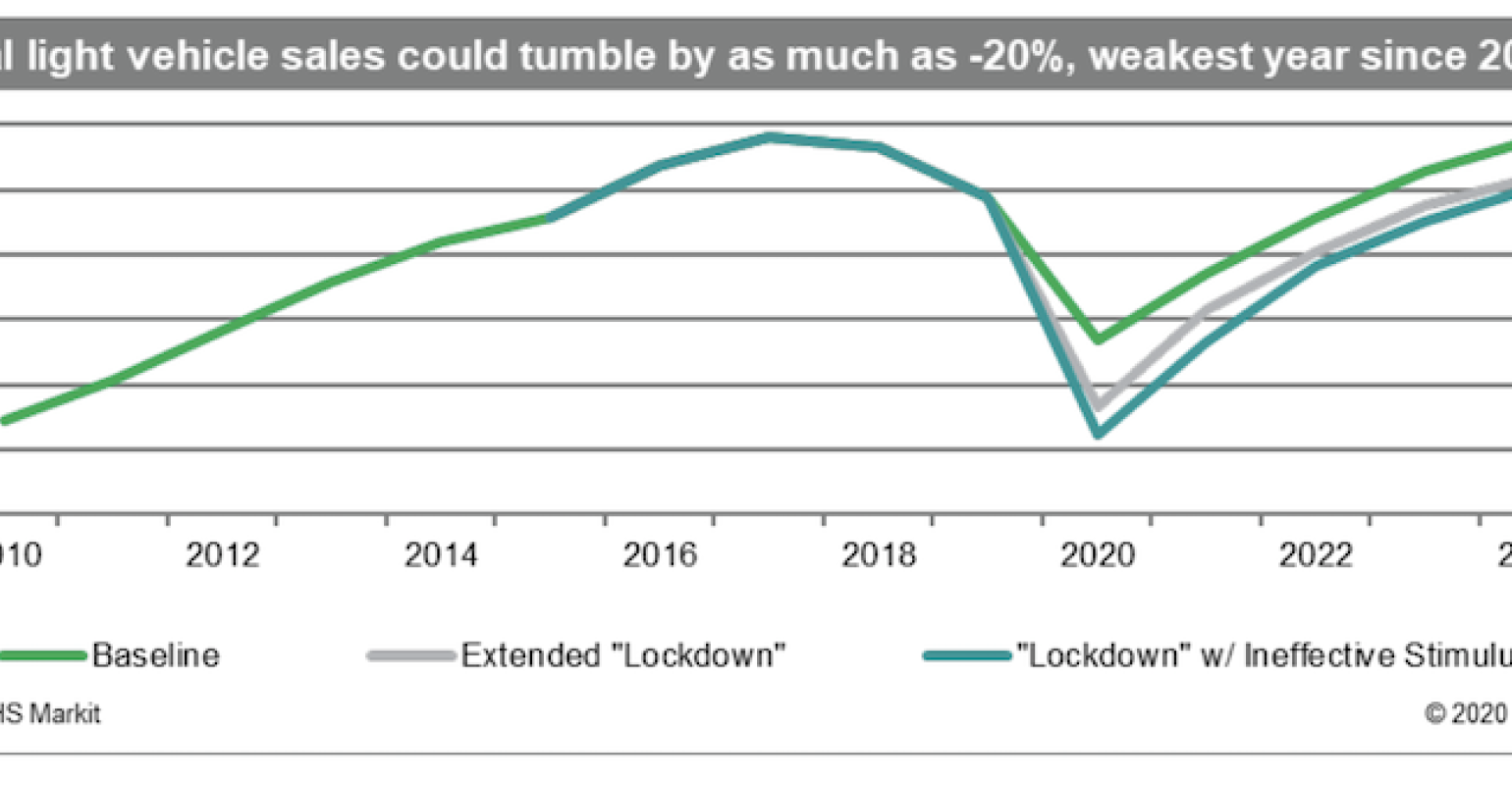 The U.S. has seen a 30% decline in national registration volume in March 2020 over February 2020. Half of the U.S. is now seeing a month-on-month new vehicle registration decline of 25% or greater from February into March. As April unfolds, there will likely be a further decline as more states move to tighter consumer and business restrictions, IHS Markit suggested.

IHS Markit said that the 40% chance of an extended lockdown forecast reflects immediate impacts of new containment measures that have been announced globally and expanded within countries already confronting the virus. A stronger economic response in 2021–2023, however, will push global growth above 3% annually.

The 15% probability of an extended lockdown with ineffective stimulus scenario contains stringent virus-fighting efforts lasting into the third quarter of 2020. Stimulus measures prove ineffective at backstopping the crisis and unemployment rates spiral. Recovery begins later and at a much slower rate than anticipated. Global vehicle sales in this scenario would collapse by more than 20% to 71.2 million units.