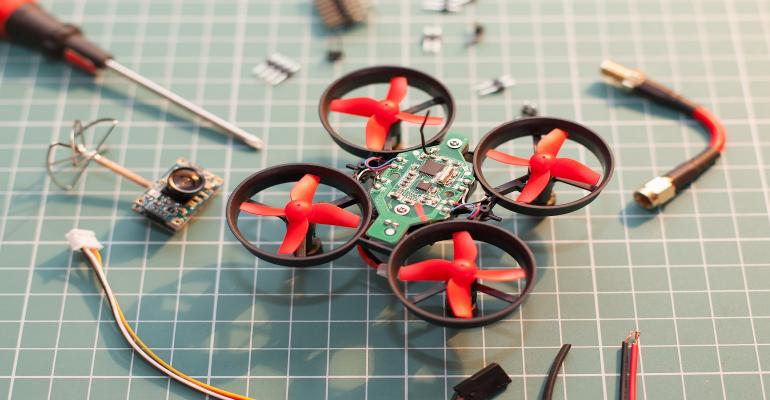 An international team of researchers uses bio-inspired algorithms to navigate the robots to fly and do their work autonomously.

Many robots have been invented to make the life of humans easier and, in some situations, less dangerous. To that latter goal, an international group of researchers has developed a swarm of autonomously flying, tiny drones that detect a dangerous gas leak inside a building.

Researchers from TU Delft in the Netherlands, the University of Barcelona, and Harvard University collaborated on the swarm, which provides a safe way to locate the source of gas without needing humans to enter the building with sensors. The drone swarm carries out its task using bio-inspired artificial intelligence that can fit into the compact space required for the small flying devices. 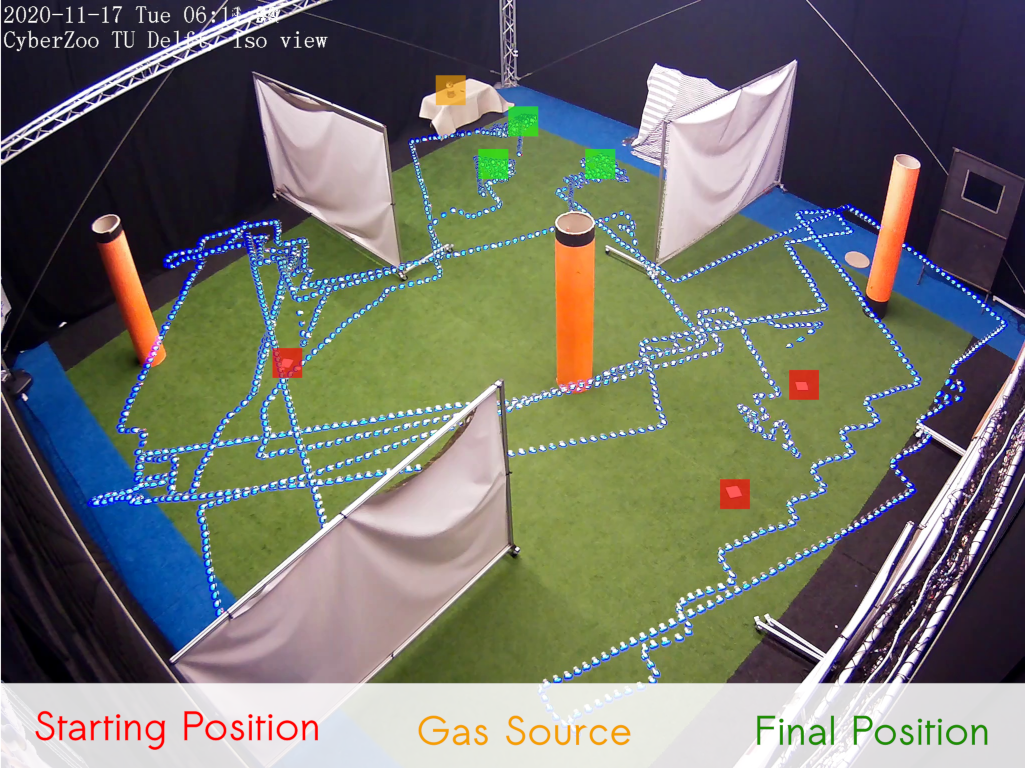 The reason the devices are smaller than typical drones is to ensure the safety of anyone else who might be in the building or in the local area, explained Guido de Croon, Full Professor at the Micro Air Vehicle Laboratory of TU Delft.

“The drones’ tiny size makes them very safe to any humans and property still in the building, while their flying capability will allow them to eventually search for the source in three dimensions,” he said in a press statement.

For their work, researchers used modified CrazyFlie drones that are about 5 inches in diameter and weigh about .08 of a pound.

Typically, it’s not easy to control a swarm of tiny drones so it works seamlessly as one unit. To develop the navigational technology to achieve its task, the team turned to nature for inspiration—in particular, the way fruit flies can identify a piece of rotting fruit in someone’s kitchen and swarm around it.

“They do this by elegantly combining simple behaviors such as flying upwind or orthogonally to the wind depending on whether they sense the odor,” explained Bart Duisterhof, who worked on the research team as a graduate student at TU Delft. “Although we could not directly copy these behaviors due to the absence of airflow sensors on our robots, we have instilled our robots with similarly simple behaviors to tackle the task.”

Researchers developed an algorithm they called “Sniffy Bug” to determine the drone swarm’s capability to “sniff out” a gas leak and also navigate the environment. If no gas was detected by any of the drones, they would spread out as much as possible over the area, avoiding obstacles and each other.

However, if one of the drones senses gas at its locations, it alerts the others, who then collaborate to try to find the source as soon as possible, researchers said. This is when another algorithm inspired by birds dictates the behavior of the swarm—one called “particle swarm optimization (PSO), in which each drone is a “particle.”

Specifically, researchers modeled PSO on flocks of birds and how they move and behave socially, Duisterhof said. The algorithm commands each drone to move based on three parameters: where it thinks the highest concentration of gas is, the swarm’s highest location, and inertia for movement in its current direction.

The team published a paper online about their research and will present it at the EEE/RSJ International Conference on Intelligent Robots and Systems 2021. Videos of the drones in action can be found on YouTube.

Researchers said numerous enhancements are needed to optimize the technology, including algorithms that can direct the drones to move in three dimensions to locate gas sources at a height. They also must improve navigation overall before the drones will be ready for deployment in a real-life emergency scenario.

However, the work is still a good start and demonstrates the possibilities of using tiny-drone swarms to perform “very complex tasks,” de Croon said.

“We hope that this work forms an inspiration for other robotics researchers to rethink the type of AI that is necessary for autonomous flight,” he said.