HomeAutomationWant a Cool Product? Kids Go Wild With Bottle Caps
Recent
Automation
Mercedes-Benz Sustaineer Concept Electric Van Scrubs the Air While it Drives
Oct 28, 2021
Spooky Halloween Tech Is Here. Just Look at These Doozies
Oct 27, 2021
Halloween? What a Perfect Time to Think About Generating Electricity From Blood!
Oct 27, 2021
Ghosts of Medtech: What Ever Happened to These 7 Medical Devices?
Oct 27, 2021
POLL
How to Survive a Zombie Apocalypse
Oct 27, 2021
America's Supply Chain Crisis by the Numbers
Oct 27, 2021
Want Scary Stuff for Halloween? Check out the Tech for 2021
Oct 27, 2021
How Apple Influenced Medical Packaging
Oct 27, 2021 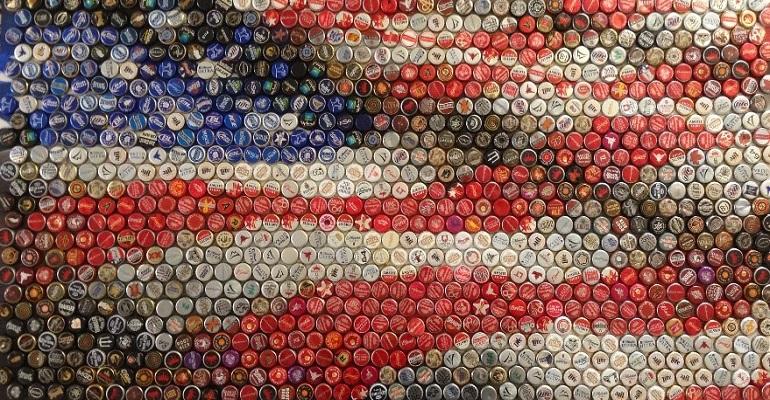 When I started my mechanical engineering career in the automotive industry, I never expected to grow a sideline interest into a business, which in turn would support children’s charities. However, this pastime of creating art from discarded bottle caps has done just that, with the added benefit of increasing my skills for creating and automating machinery.

Collecting bottle caps started as just a college hobby but took off after I got the inspiration to create a mosaic version of Van Gogh’s “Starry Night”—all from common beer bottle caps. One thing led to another, and soon there were more decorative products I could create and sell. However, an ongoing problem was the manual effort required to sort and process the bottle caps. 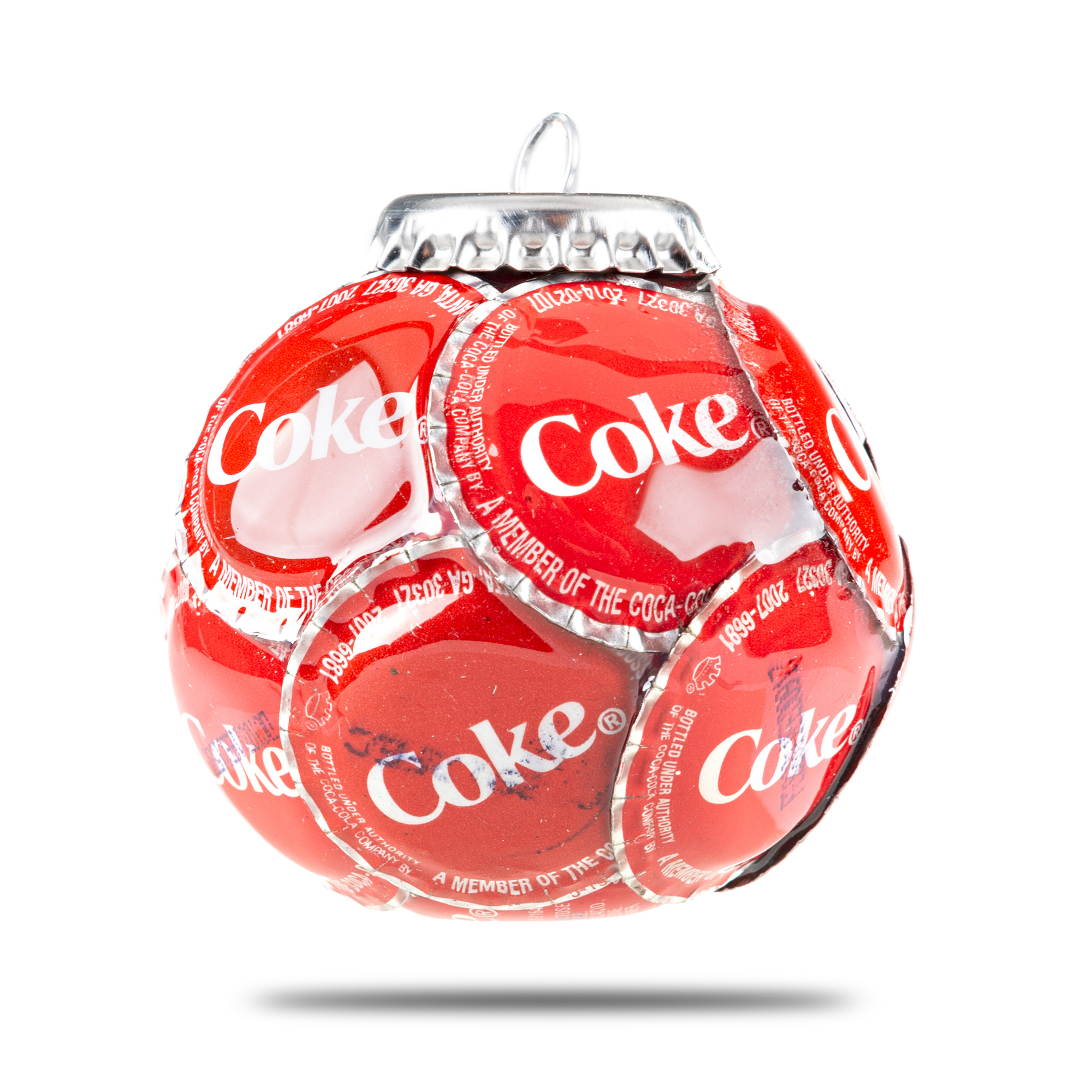 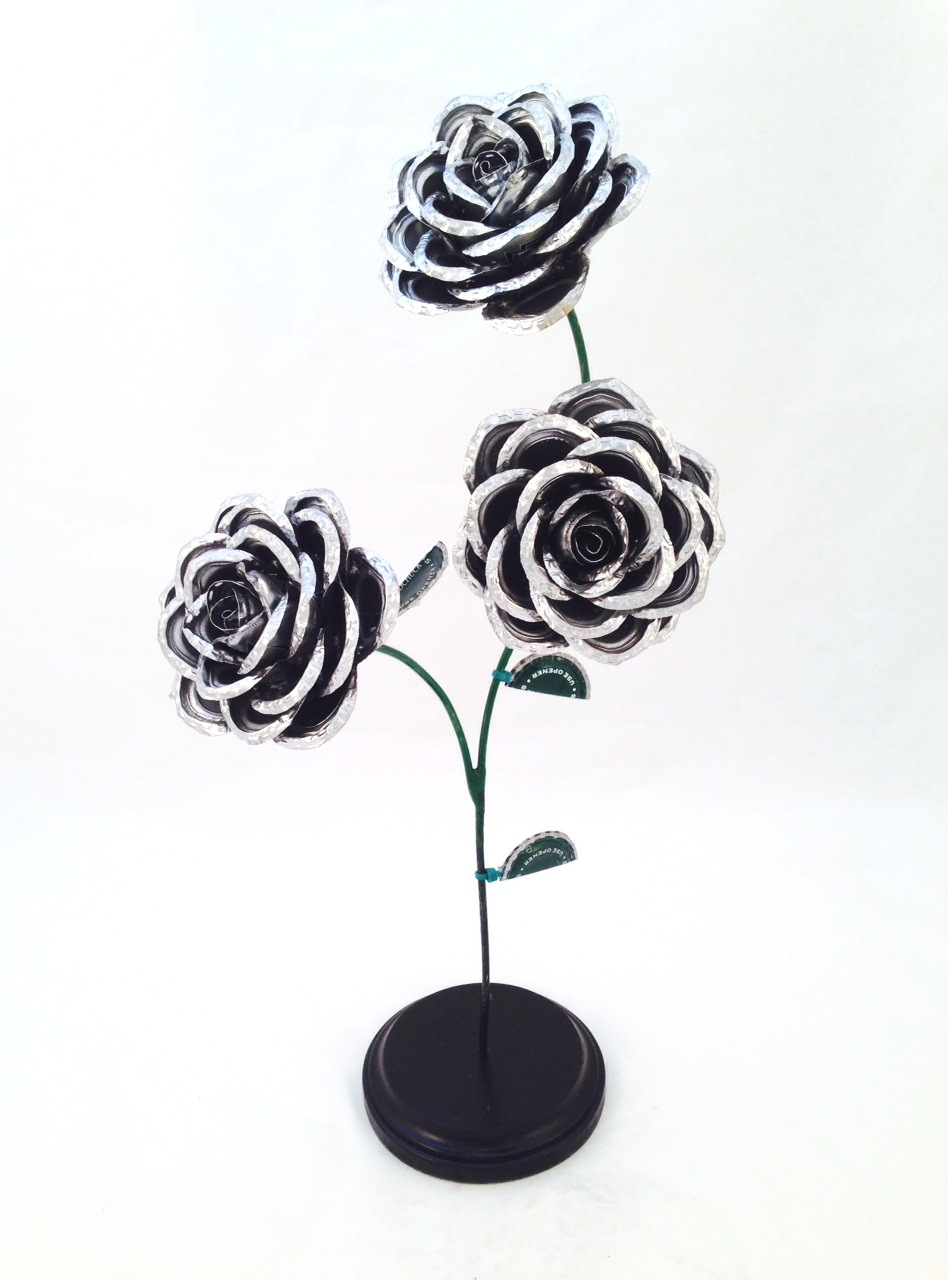 Kaps for Kids has developed automated machinery to help them create works of art from colorful bottle caps, including mosaics, ornament globes, and tabletop roses.

Overcoming those challenges required applying my engineering skills and learning about the best ways to implement a variety of automation projects. This article discusses the journey to build my leisure pursuit into a profitable business that helps the community.

Related: How to Build a Better I/O Automation System

After creating the initial artwork, requests for numerous other designs rolled in. Early mosaics were auctioned for charity, but soon a local news story prompted the creation of the Kaps for Kids company, which would donate 10% of sales revenue to benefit children’s charities.

A quest for new products led to the creation of the bottle cap rose, a nice gift and perfect for restaurant tables. But the product that has accelerated business is a globe-shaped hanging ornament, which can be assembled using any combination of bottle caps based on color, brand, theme, state, world location—or whatever a customer desires. These ornaments were expected to be seasonal Christmas items but turned out to be the main product of the business.

Bottle caps are difficult to recycle, and many times end up in the landfill. Kaps for Kids lets people from all over the world help the environment by giving bottle caps a second life as beautiful pieces of artwork. A steel bottle cap donated to Kaps for Kids is effectively 400 times more valuable than an aluminum can pop tab donated to Ronald McDonald's house. However, a lot of work is involved to make this a reality.

As new orders began to roll in, it was necessary to automate the most repetitive tasks. The development of an automated bottle cap color sorter was an early success. An Adafruit sensor was found to be suitable for detecting color, but the hard part was getting a bin full of bottle caps oriented properly. The brains of this machine were created using a standard hobby-grade Arduino microcontroller.

With the color sorter well in hand, attention was turned to the cap shaping machines. The initial designs for the rose petal machine used 12VDC linear actuators. However, for these types of powerful, fast-acting, and economical physical operations, pneumatics are often the best choice, as was the case with this project. Once the many options for pneumatic valves and cylinders were discovered, these devices, used in conjunction with magnets, became the preferred cap handling method. 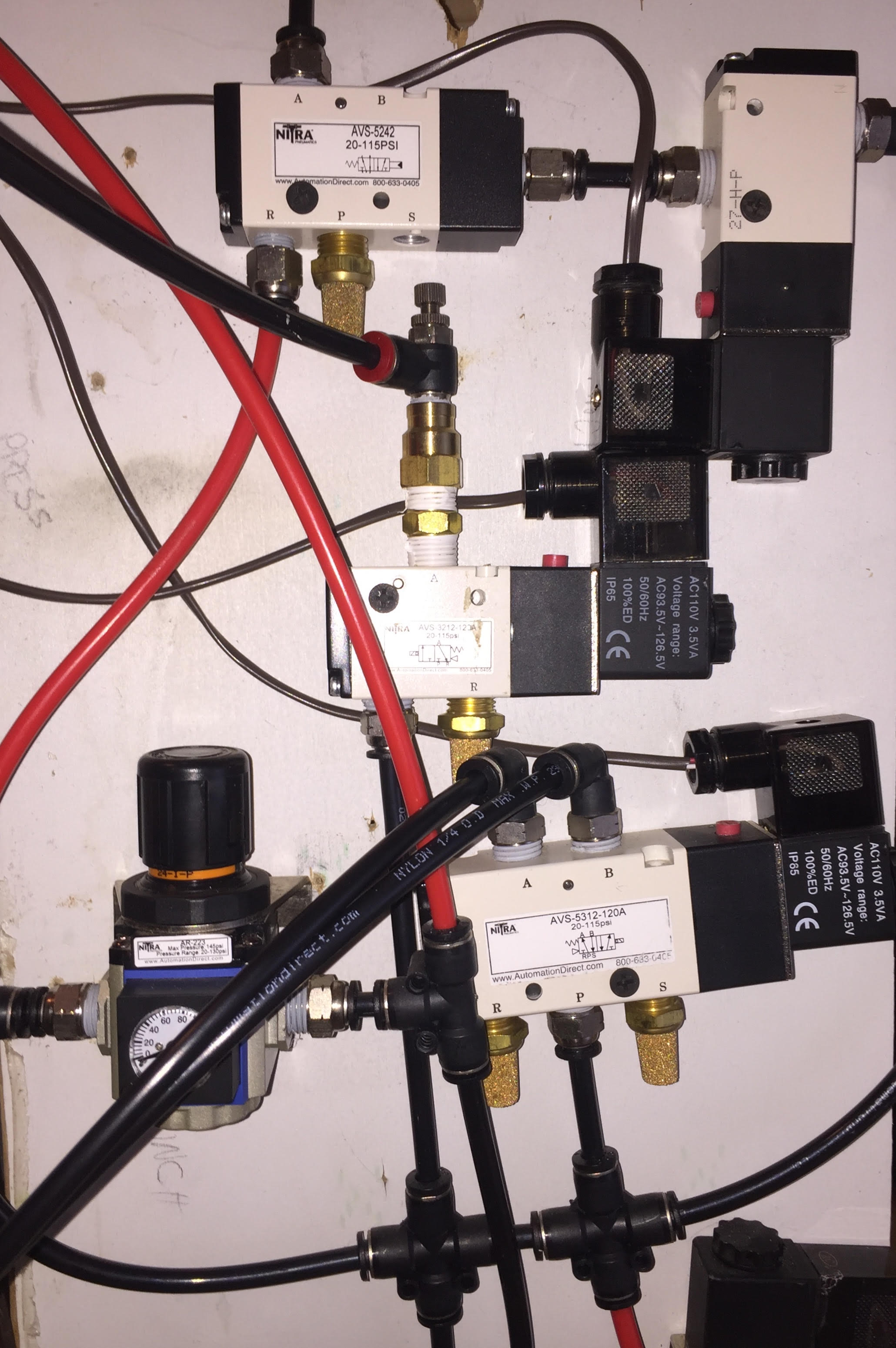 The ornament cap machine is the most elaborate development so far. This equipment presses the cap, moves it to a pneumatic hammer, and holds it in position while it is rotated and impacted to shape the edges—with the result being in a flat or arched shape with no damage to the cap’s paint finish. 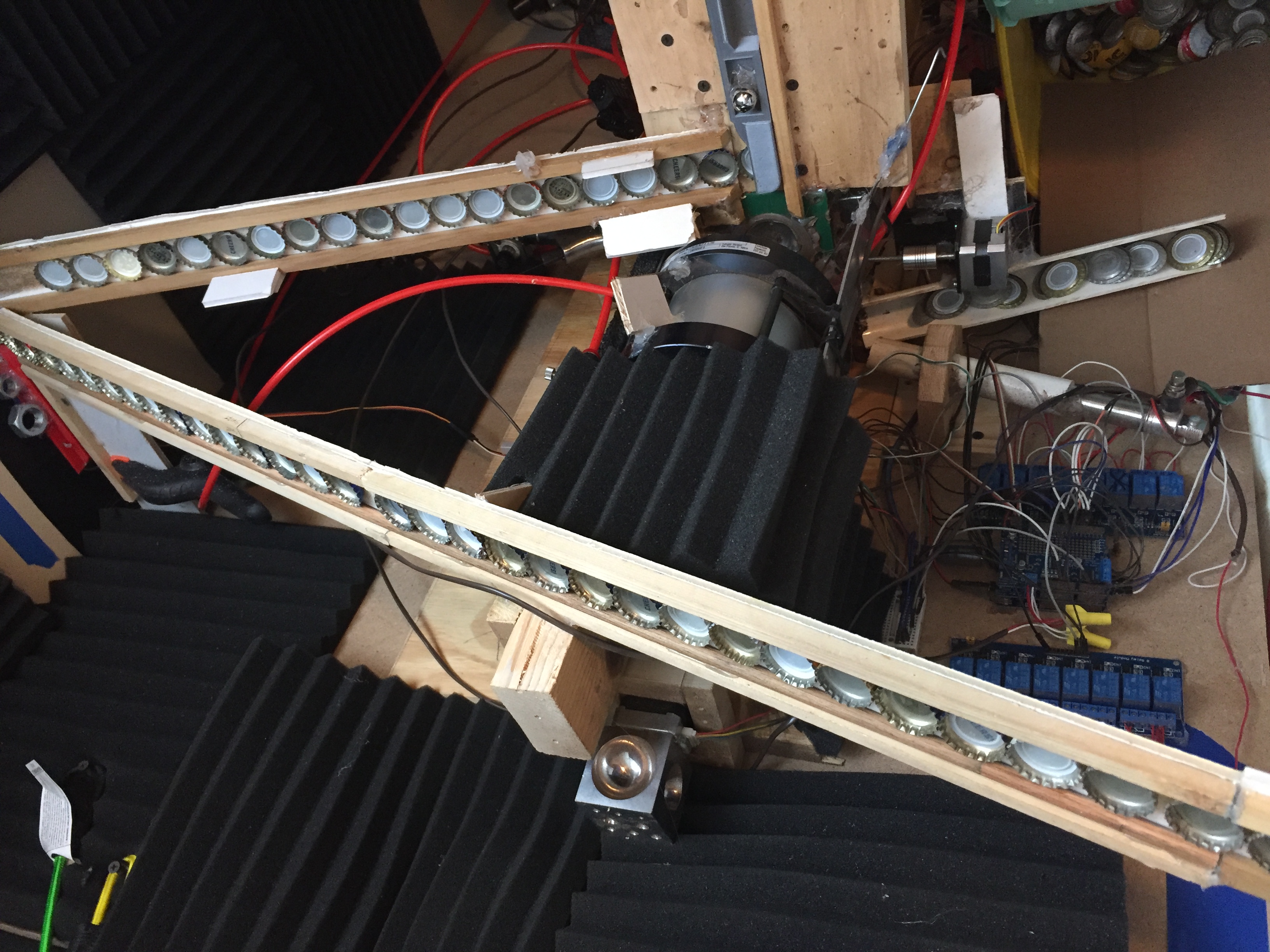 A variety of components sourced from AutomationDirect enabled Kaps for Kids to create efficient and productive cap processing machines. Future iterations are planned to use the Arduino-compatible ProductivityOpen controller platform.

NITRA pneumatic cylinders and control valves provided the physical functions. And once again, an Arduino microcontroller was used to orchestrate all automation. Combined with the custom-designed assembly and 3D printed parts, the equipment works on batches of about 100 caps, with a typical cycle time of 60 seconds to produce a finished cap.

Cap sorting and shaping machines now supply a steady stream of bottle caps prepared for final assembly into the various types of artwork. The sorter and shaper machines are in almost constant and productive operation, but their development will not end there.

Recently, AutomationDirect released an industrialized Arduino-compatible controller called the ProductivityOpen. This controller allows machine builders like Kaps for Kids to get the programming flexibility and communication options of an Arduino packaged into a robust industrial form factor that operates with standard PLC I/O.

Kaps for Kids is a great example of how end-users and machine builders can use off-the-shelf automation parts and a helpful vendor support system to develop industrial control applications that help their companies run better. 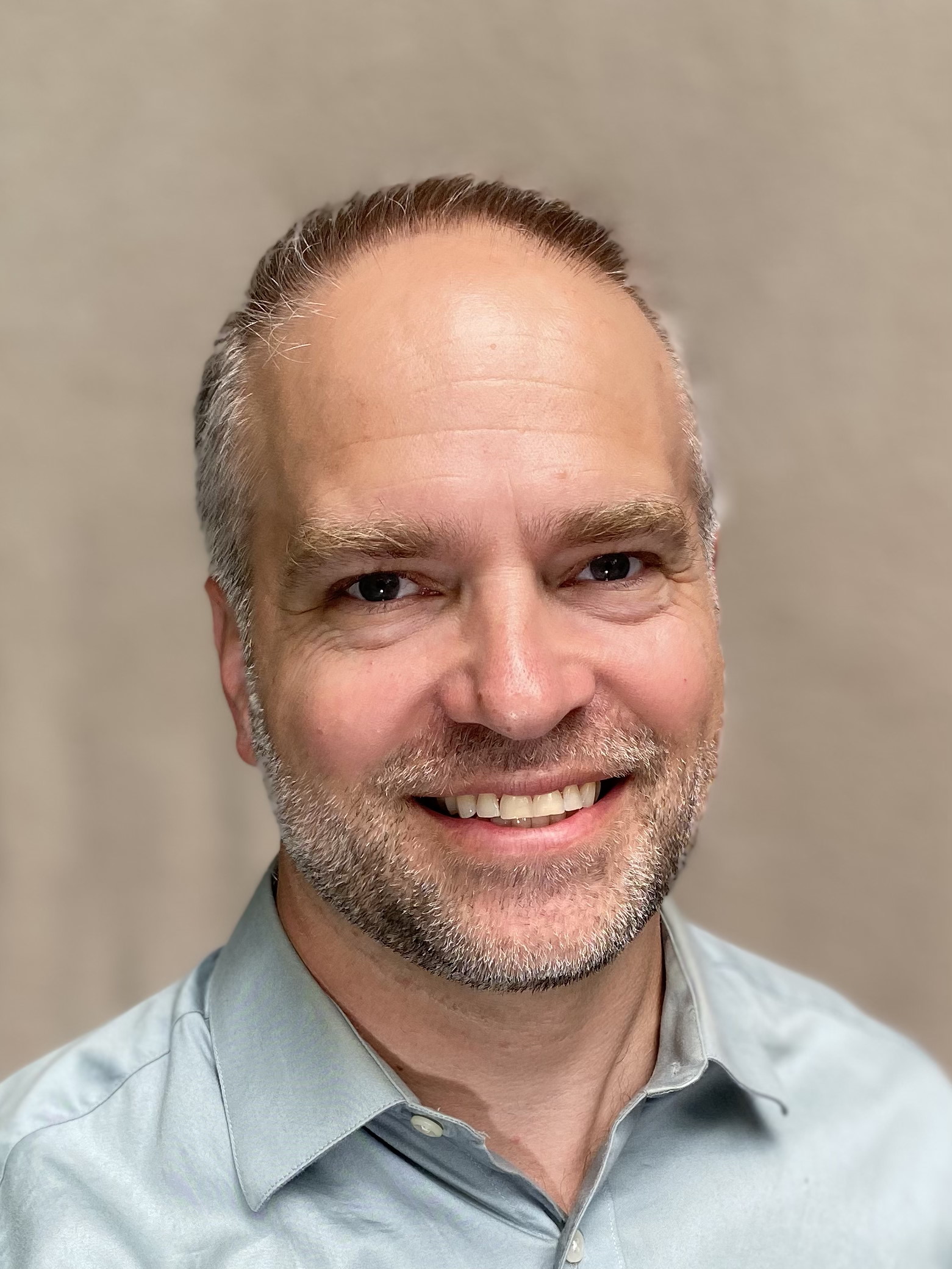 Nathan Rues is an engineer whose work is focused on sustainability. Nathan earned his BS in Mechanical Engineering at Missouri S&T, where he also first started collecting bottle caps. His experience includes launching hybrid and electric powertrains at General Motors for over a decade and implementing controls software for a LiDAR-based pedestrian avoidance system at DCS Technologies Inc. Nathan founded Kaps for Kids LLC in 2014 where he continuously tries to create a positive impact from ordinary bottle caps.  Follow @kapsforkids on social media.

Industry Voices: The State of Automation? A Rough Year has Opened the Floodgates
Aug 03, 2021