Robots That Move Like Cats? What Will They Think of Next? 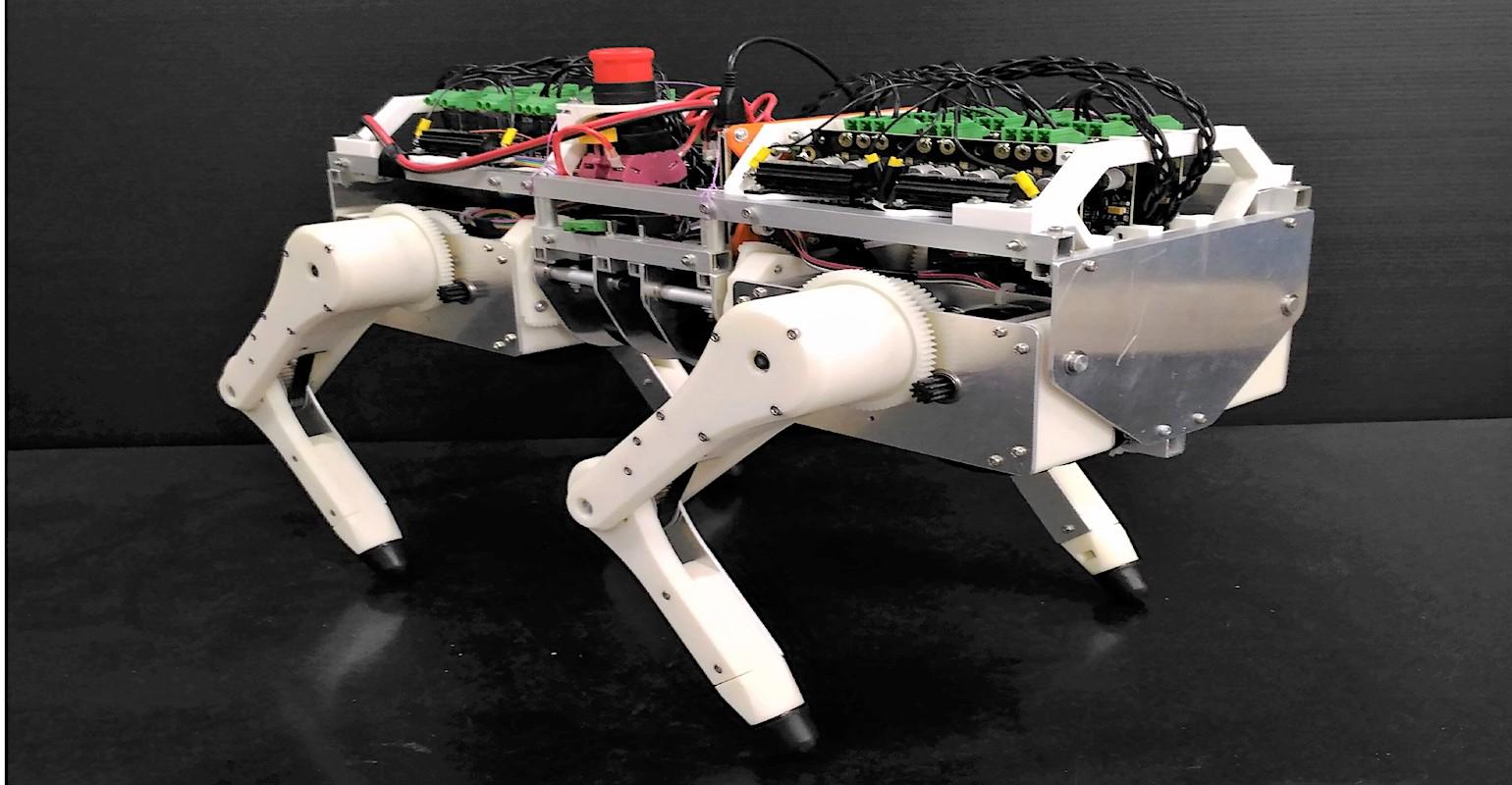 A four-legged robotic platform created by scientists in Japan can be used to inform both future robots as well as biological research.

A team of Japanese researchers has made a breakthrough in developing robots that move similarly to animals by creating a robotic platform that reproduces cat-like movements that can guide future robotic research.

Scientists at Osaka University created the four-legged robot that can reproduce the neuromuscular dynamics of cats and enable the reproduction of this similar motor control in other machines, they said. The work not only can drive the development of new robots but also provide a tool for biological research, researchers said.

Researchers based their work on a recently debunked myth about how animals walk—which is that complex nerve systems generate this motion in their brain and spinal marrow. However, scientists recently demonstrated that an animals’ steady gait is produced by the reflex circuit alone, giving the Osaka team—student Toyoaki Tanikawa and his supervisors, Assistant Professor Yoichi Masuda and Professor Masato Ishikawa--a basis for its invention.

Since it’s difficult to study actual animal subjects in a lab due to animal-protection laws, it is still unknown precisely how animals’ bodies integrate the reflex circuits responsible for their locomotion, researchers said. However, based on research and observations, the Osaka team developed the locomotion of the quadruped robot they developed by reproducing the reflex circuit of a cat in each leg, they said.

The robot is comprised of highly back-drivable legs to reproduce the flexibility of animals and torque-controllable motors, reproducing how animals’ muscles work and their motor control using computer systems, researchers said.

Researchers made a number of discoveries about how cats walk by searching for the reflex circuit that contributes to the generation of a steady gait in these animals through experimenting with the platform, they said.

One thing they found is a simple reflex circuit that could produce leg trajectories and a steady gait pattern, which they named "reciprocal excitatory reflex between hip and knee extensors."

Moreover, if researchers activated the mutual excitatory circuit, it would produce a phenomenon called “prolongation of the stance phase,” which suggested to the team that this circuit is an important component responsible for walking in cats, they said.

Researchers published a paper on their work in the journal Frontiers in Neurorobotics.

The team’s work has implications both for robotic and biological research by allowing scientists to study the mechanics of animal movements under various experimental conditions without having to use live animals, Masuda said. This has obvious benefits for developing robotic technologies that maneuver as effectively as cats or other animals, he said.

The platform also can be useful for the biological study of animals and their interaction with humans in other, even non-scientific scenarios, Masuda added.

“Further combination of robotics and biology through the creation of robots that mimic the structures of animals and their locomotion could become the first step towards understanding the principles underlying the behaviors of animals and humans,” he said in a press statement. “Gaining knowledge about animals without using experimental animals is … significant for the humans that live with them.”