Is This Robot Alive? It can Self-Assemble and has a Recordable Memory 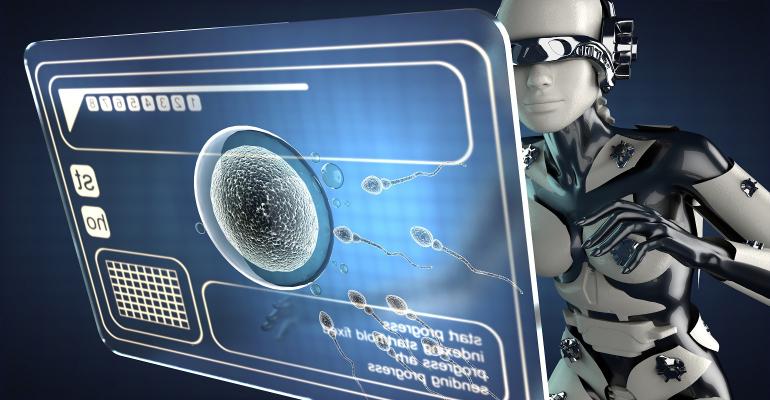 So-called Xenobots developed by researchers at Tufts and the University of Vermont can move faster and navigate different environments better than earlier versions.

Researchers have delivered a significant upgrade to biological robots they created last year to the point at which they can now self-assemble a body from single cells as well as demonstrate other novel properties.

A team from Tufts University and the University of Vermont created what they billed as the first “living robots “last from frog cells. The tiny, self-healing biological machines could move, push a payload, and even engage in swarm behavior when in the presence of other robots—which the scientists call “Xenobots”--and represented a breakthrough in the development of programmable yet living machines. 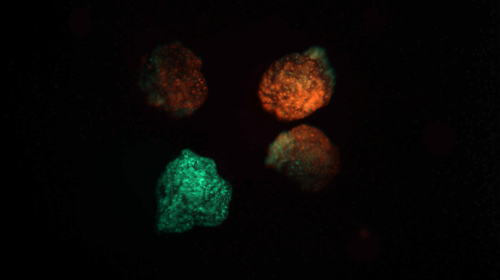 Using a fluorescent protein, Xenobots record exposure to blue light, by turning green. The biological robots were invented by researchers at Tufts University in collaboration with a team at the University of Vermont.

Now the team has added new functionality to the living robots arsenal with Xenobots 2.0. The next generation of the bots can move without muscle cells as well as feature recordable memory, researchers said. The new and improved machines can also move faster, navigate different environments, and “live” longer than their previous incarnations while still being able to work together in groups and self-heal.

Related: How the Future of Packaging Automation Will Be Ruled by Robots

“We are witnessing the remarkable plasticity of cellular collectives, which build a rudimentary new ‘body’ that is quite distinct from their default -- in this case, a frog --despite having a completely normal genome,” Michael Levin, distinguished professor of biology and director of the Allen Discovery Center at Tufts University, said in a press statement.

The ultimate goal of researchers with the development of Xenobots and other similar living robots are twofold. One is to build armies of robots that can perform specific, programmed tasks, such as environmental tasks like toxic-waste cleanup or potentially in therapeutic medical applications.

From a biological perspective, researchers also hope to achieve something perhaps more important--to understand better “how cells communicate as they interact with one another during development, and how we might better control those interactions,” Doug Blackiston, a senior scientist at Tufts, said in a press statement.

“In a way, the Xenobots are constructed much like a traditional robot,” he said. “Only we use cells and tissues rather than artificial components to build the shape and create predictable behavior.”

Xenobots and their successors also can provide insight for scientists about how multicellular organisms evolved from ancient single-celled organisms, as well as the roots of information processing, decision making, and cognition in biological organisms.

In terms of new functionality, Xenobots 2.0 have several notable upgrades over their predecessors. While the team took a top-down approach to develop the previous millimeter-sized autonomous bots--through the manual placement of tissue and surgical shaping of frog skin and cardiac cells to produce motion--they took the opposite tack this time.

The new bots were created by taking stem cells from embryos of the African frog Xenopus laevis—the original of the “Xenobots” name--and allowing them to self-assemble and grow into spheroids. After a few days, some of the cells differentiated to produce cilia or tiny hair-like projections that move back and forth or rotate in a specific way. These cilia give the new spheroidal bots “legs” that allow them to scamper rapidly across a surface, researchers said, a trait that’s different than previous bot movement.

Xenobots now can record memory and use that information to modify the robot’s actions and behavior. The team engineered the new bots with a read/write capability to record one bit of information using a fluorescent reporter protein called EosFP, which normally glows green. However, when exposed to light at 390nm wavelength, the protein emits red light instead.

Researchers injected the cells of the frog embryos with messenger RNA coding for the EosFP protein before stem cells were excised to create the Xenobots, giving the mature Xenobots now a built-in fluorescent switch that can record exposure to blue light around 390nm.

To test this new functionality, researchers allowed 10 Xenobots to swim around a surface on which one spot is illuminated with a beam of 390nm light. After two hours, they found that three bots emitted red light, while the rest stayed green, recording the robots’ “travel experience.”

“When we bring in more capabilities to the bots, we can use the computer simulations to design them with more complex behaviors and the ability to carry out more elaborate tasks,” noted UVM computer scientist and robotics expert Josh Bongard. “We could potentially design them not only to report conditions in their environment but also to modify and repair conditions in their environment.”

This proof of principle of molecular memory could be extended in the future to detect and record not only light but also the presence of radioactive contamination, chemical pollutants, drugs, or a health condition, such as disease, he said. Further engineering of the memory function also paves the way for recording multiple stimuli, or allow the bots to release compounds or change behavior upon the sensation of stimuli, Bongard added.

Bongard and his colleague Sam Kriegman simulated the Xenobots under hundreds of thousands of random environmental conditions using an evolutionary algorithm as part of the research.  Scientists then used the simulations to identify Xenobots most able to work together in swarms to gather large piles of debris in a field of particles, for example.

Something researchers learned from the simulations is that the new Xenobots are much faster and better at tasks such as garbage collection than their predecessors, working together in a swarm to gather larger piles of iron oxide particles from a petri dish. They can also cover large flat surfaces, or travel through narrow capillary tubes, they observed.

The new Xenobots also share the self-healing properties of their predecessors, with the ability to close the majority of a severe full-length laceration half their thickness within five minutes of the injury, researchers said. All injured bots ultimately could heal the wound, restore their shape, and continue their work as before, demonstrating that “healing is a natural feature of living organisms, and it is preserved in Xenobot biology,” Levin said in a press statement.

For more information about the Xenobots, Levin has delivered a TED Talk available online that describes the bots and their potential and impact on robotics.

Elizabeth Montalbano is a freelance writer who has written about technology and culture for more than 20 years. She has lived and worked as a professional journalist in Phoenix, San Francisco, and New York City. In her free time she enjoys surfing, traveling, music, yoga, and cooking. She currently resides in a village on the southwest coast of Portugal.