The New Bot on the Plant Floor is Your Voice 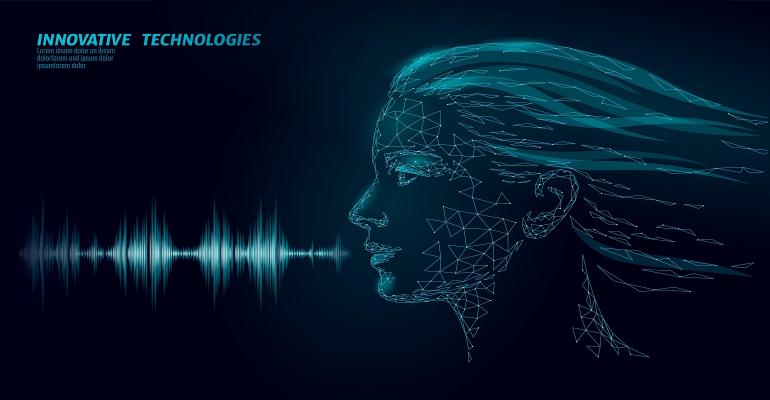 Voice recognition technology is delivering hands-free HMI as the edge.

We all have direct experience with voice assistants. Alexa and Siri have taught us that voice recognition is a finely developed technology. Hours of driving in the car and talking with these voice bots have convinced us that hands-free voice technology is quite useful.

Voice assistants can act as the one-stop hub for your IoT-enabled manufacturing plant. One of the gems of this technology is that it is already familiar to workers. Amazon has demonstrated the usefulness of voice recognition to the warehouse industry. More than 25% of warehouses have implemented voice recognition tools for picking.

In noisy factory environments, voice recognition tools such as those developed by Fluent.ai have demonstrated the ability to maintain high accuracy and increase production efficiency. Since voice recognition is an edge-based tool that doesn’t run-up to the cloud and back –and the data is not stored on any device – no data protection is required and there are no security challenges.

Related: Busting the Myths of Manufacturing Jobs and Automation

BSH, a leading European home appliances manufacturer, set out to find a solution that would increase efficiency on the production line and improve ergonomics for their factory workers. The company launched a partnership with Fluent.ai to bring voice automation to the assembly lines.

Fluent.ai developed a voice control solution that allowed workers to operate heavy machinery by speaking into a headset connected to an embedded voice recognition system. The factory operators are able to run the assembly line hands-free. That increased production efficiency by replacing manual button-pushing. It also improved factory worker ergonomics. Fluent.ai’s speech-to-intent voice recognition technology supports a variety of languages and accents. That allowed BSH to scale and deploy the technology in factories around the world. The company reported time savings in its assembly line operations, which reduced yearly manufacturing costs.

Voice As a Factory Solution

Voice activation is an uncomplicated tool since it doesn’t require the cloud. “Much of traditional voice technology transcribes what I’m seeing into text. That often utilizes the cloud,” Probal Lala, CEO of Fluent.ai, told Design News. “Our technology works offline. We go directly from acoustic to action.”

While the voice is a manual process of sorts, it doesn’t require time-consuming movements by workers. “We were asked to help overcome bottlenecks that were due to manual processes. These involved several workstations and several workers. The operator pushes a button to move the line after a task is completed. The wait for the button could take several seconds,” said Lala. “They wanted to replace the manual process with an automated solution. BHS looked at both gesture and voice recognition. They decided on voice since the operator can speak during the operation.”

One of the challenges facing Fluent.ai was the ability to accommodate a wide range of languages and accents. “Voice technology on the factory floor faces a Tower-of-Babel challenge since there’s a variety of pronunciations across most workforces. “The factory has a diverse worker population. You could have workers who use different languages,” said Lala. “We developed this in Germany at a factory that included virtually every Germain dialect you can imagine, including Bavarian Germain, which is difficult to understand. We had to make sure the voice recognition could support all instances.”

Fluent.ai is moving its voice technology to even more demanding industrial environments. “We have been approached by companies for use cases for other industrial settings. We’ve had to accommodate construction sites with jackhammers,” said Lala. “We’ve also developed voice systems for automotive and consumer-device production. While it has entered the world of industry 4.0, it is still in the early stages.”