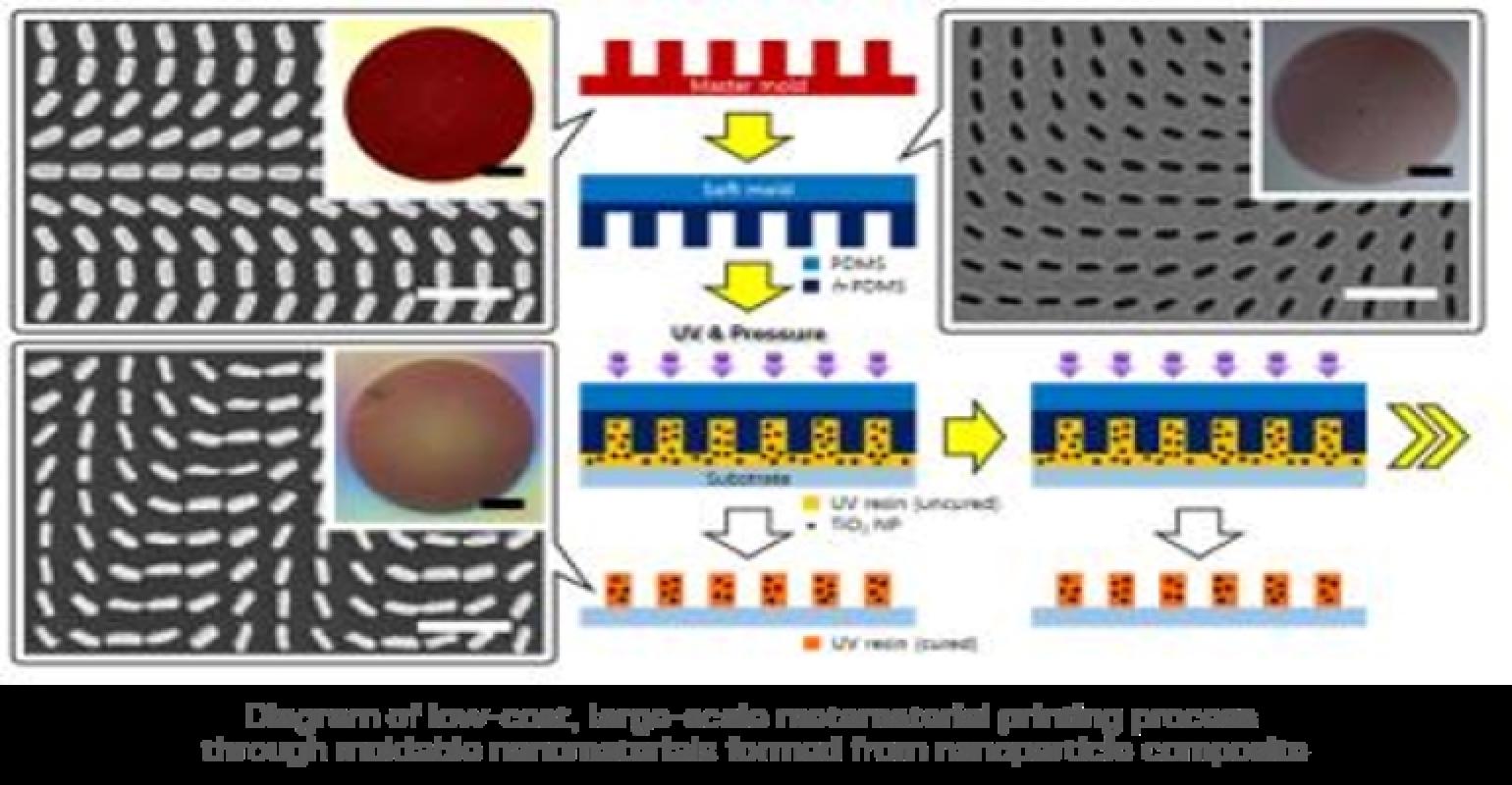 While virtual reality (VR) augmented reality (AR) technology has interesting implications for helping simulate environments for numerous applications, so far fabricating the technology to provide these experiences has been expensive.

That could change thanks to researchers in South Korea, who recently developed new materials and printing technology that could pave the way for less expensive, more user-friendly VR/AR technologies.

Related: How AI, ML, and AR Will Change the Face of Design

The basis for the work of the team comprised of scientists from two universities—Pohang University of Science and Technology (POSTECH) and Korea University—is nanomaterials and a large-scale nanoprinting technology for the commercialization of metamaterials.

Pohang University of Science and Technology and Korea University 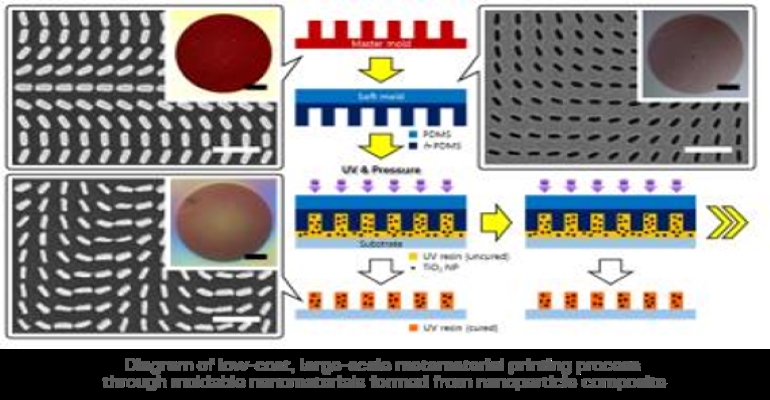 Diagram of a low-cost, large-scale metamaterial printing process through moldable nanomaterials formed from a nanomaterial composite.

Metamaterials are created from artificial atoms but can freely control the properties of light, and can provide the basis for these new cost-effective VR/AR technologies, according to the team, which was led by Professor Junsuk Rho of the departments of mechanical engineering and chemical engineering at POSTECH.

Some examples of the applications include the creation of an “invisible cloak” that forms an illusion of disappearance by adjusting the refraction or diffraction of light, or for metaholograms that can produce different hologram images depending on the direction of light’s entrance.

Historically, developing metamaterials is no small feat, Rho said. To fabricate them requires the meticulous construction and arrangement of artificial atoms smaller than the wavelengths of light—something that until now has only been achieved through a method called electron beam lithography (EBL).

EBL is a slow process and has significant costs, however, which has hindered the commercialization or production of sizable metamaterials, Rho said. That may change with a new one-step printing technology of nanomaterials that allows the fabrication of metamaterials over 100 times faster than EBL that his team developed.

The solution combines a new nanomaterial based on a nanoparticle composite that can be molded freely while still maintaining optical characteristics suitable for fabricating metamaterials, as well as a printing technique that can shape the materials in a single-step process.

Using their new process, researchers produced an ultrathin metalens 100 times thinner than the strand of a human hair, demonstrating how the heavy glass or plastic lenses currently used for VR/AR technologies can be drastically reduced in bulk and cost.

“These lenses can not only make the existing thick, large VR and AR lenses or glasses dramatically lighter and smaller, but can also be applied to curved or flexible panels, which facilitates the use of metamaterials in large omnidirectional invisible cloaks or in curved or bendable wearable devices at a fraction of the cost,” Rho said in a press statement.

Manufacturers Are Turning to AR/VR to Reduce Production Costs
Jun 25, 2020