Handing Production to the Robots? It’s Getting Cheap and Easy 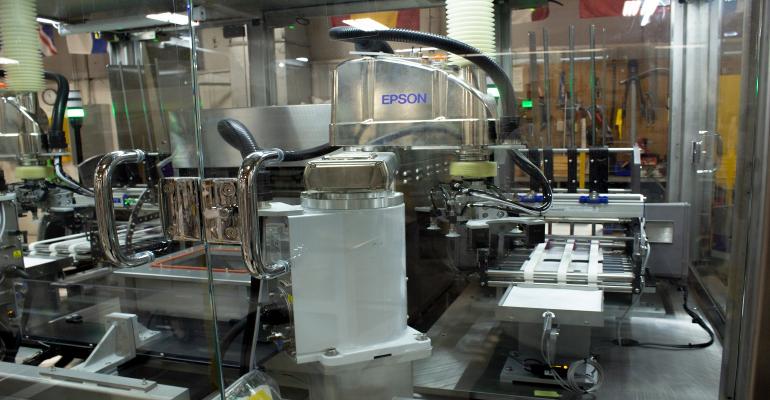 Post-COVID, manufacturers are adding more automation in the form of robots. At first, it was for social distancing. Now it’s to cover worker shortages.

The pandemic increased the reasons for manufacturers to automate. In early COVID, manufacturers needed quick production shifts to meet the changing needs of customers. Then, social distancing required production with fewer workers. Now, the problem is the scarcity of workers willing to get back to work. The logical solution for each challenge is increased automation through robots.

In addition, it is becoming easier for manufacturers – especially small- to mid-size companies – to add automation. The cost a coming down and the ease of deployment is going up.

Changes in the Supply Chain and Social Distancing

Related: How to Build a Better System of Cables for Multi-Axis Robots

Oddly, supply chain issues have promoted the use of automation. “Automation is accelerating in part because of increased onshoring. COVID amplified this,” Aaron Donlon, product manager for robots at Epson America told Design News. “The idea of auto companies shutting down because of chip shortages can come down to a $5 cable at the chip manufacturer. So manufacturers are turning to closer suppliers, and those suppliers are turning to automation to meet increased demand.”

One of the obstacles to automation is the cost. Yet interruptions in production may be a greater cost. “Companies are embracing the risk of adding automation. The automation is just for cost savings,” said Donlon. “If you can’t make a product, that’s a risk. There are also national security risks with supply chains. Social distancing is also driving a new manufacturing paradigm. The need to socially spread people out is encouraging automation. Social distancing forced people to automate sooner than they expected to.”

Automation Gets Easier to Deploy

Automation used to be a pricy proposition. It required expensive equipment and highly trained personnel. That’s changed. “Companies are reimagining how work gets done. Sixty-six percent are doubling down on automation. The worldwide robots market is going from 45B to 73B in just a few years,” said Donlon. “In the past automation systems were very hard to deploy. New automation companies are making the product easier to use and easier to adapt to help people automate sooner.”

Ease in adoption has opened the automation market to smaller manufacturers. “We’re seeing new applications we wouldn’t have seen in the past,” said Donlon. “We’re seeing small companies doing the picking and we didn’t used to think it was cost feasible for them. Yet these small companies are making it cost savings.”

Advances in automation equipment are prompted manufacturers to take a new look at automation. “For new folks in technical procurement, they want to know how much automation costs and where to begin,” said Donlon. “Experienced folks who have been doing it for a while are now asking, ‘How do I reduce costs even further?’ They’ve seen the initial uptick and they want to see what new advantages are. They’re expanding and they want to expand their production lines.”

The changes in the manufacturing landscape during the pandemic brought about a sea change in the way manufacturers viewed automation. “After COVID, there is a whole new set of concerns such as protecting the supply chain. Time-to-market became a huge concern as well,” said Donlon. “If you come out with a new product three months too late, you could lose a quarter of your sales.”

While the pandemic showed manufacturers were able to change their production lines quickly, it also revealed that ability is a new requirement. “Flexibility is an issue. People are feeling the need to be able to change production quickly,” said Donlon. “Companies had to pivot to make PPE. Ty also had to create social distancing and keep the people in the factory safe? They’re now building flexibility into the business plan so they can stay open during the next pandemic.”