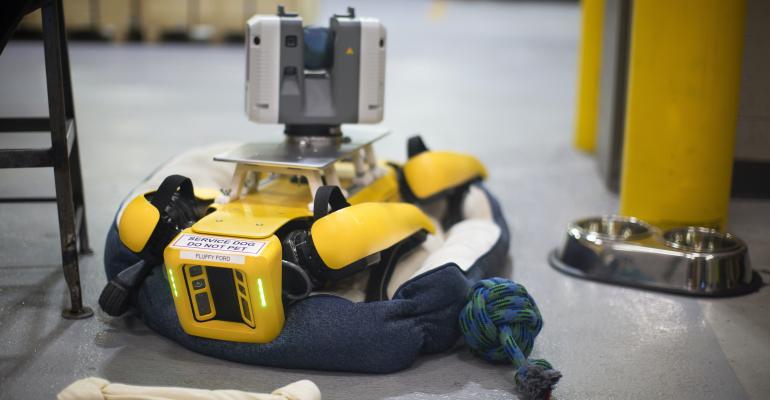 "Fluffy," the Boston Dymanics robot, at rest in the Ford plant.
Ford is using a pair of leased Boston Dynamics robots to 3D laser scan the interior of factories for future retooling.

The internet has reacted with consternation at the sight of some of Boston Dynamics' quadrupedal dog-like robots demonstrating their capabilities as the nimbly climb stairs and perform 360-degree camera scans.

Rather than fearing Terminator-like outcomes, Ford is putting two of these steel dogs (“Fluffy” and “Spot”) to work in its Van Dyke Transmission Plant, where they scan the factory’s layout into a CAD image for use when retooling for new products in the future.

“We design and build the plant. After that, over the years, changes are made that rarely get documented,” said Mark Goderis, Ford’s digital engineering manager. “By having the robots scan our facility, we can see what it actually looks like now and build a new engineering model. That digital model is then used when we need to retool the plant for new products.”

Previously, Ford engineers had to do these scans by hand, walking around the building with a laser scanner on a tripod. “We would walk around the facility stopping at different locations, each time standing around for five minutes waiting for the laser to scan,” Goderis explained. “Scanning one plant could take two weeks.” That cost nearly $300,000. 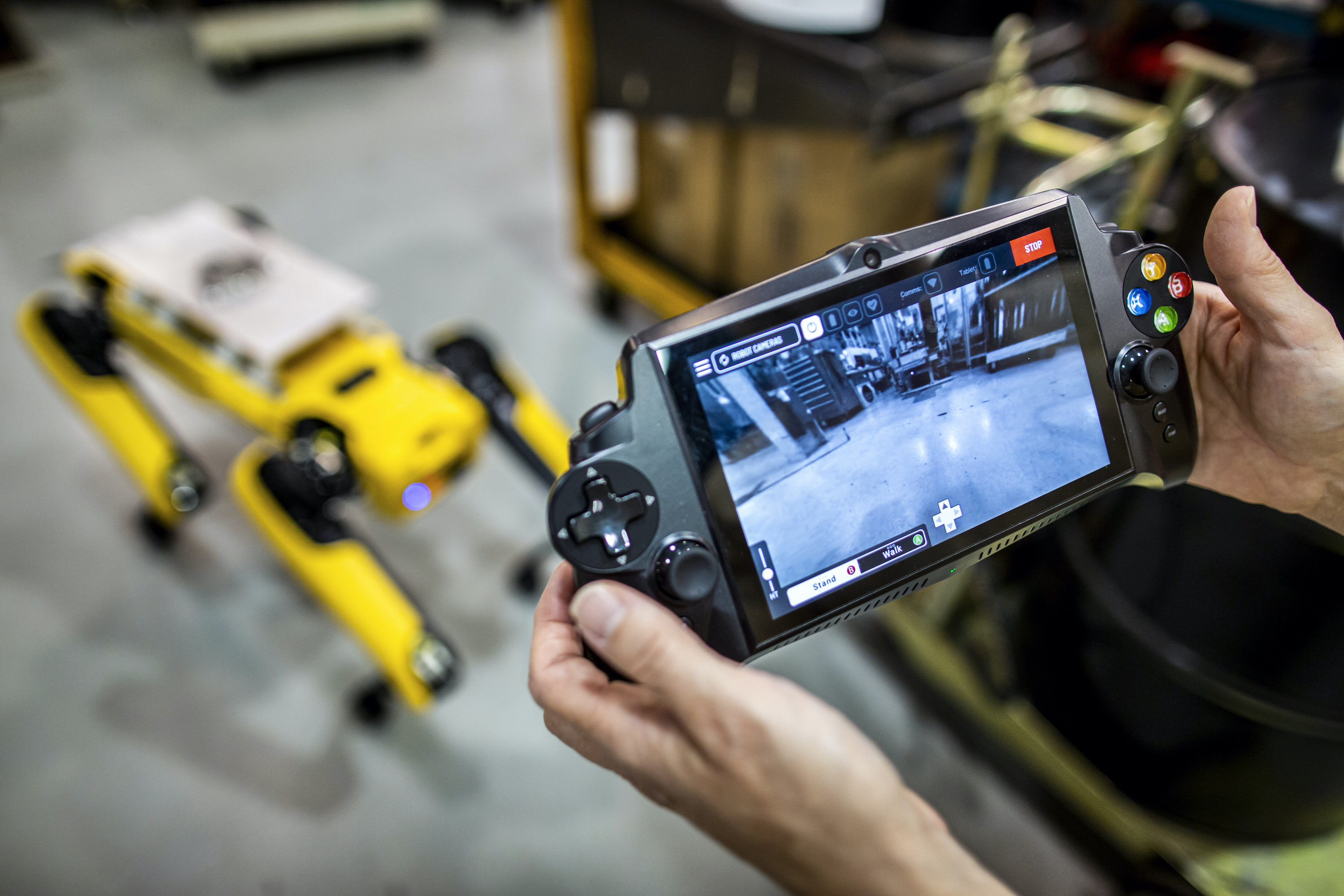 Unleashing the hounds has cut that time, and cost, in half. The bright yellow robots are equipped with five cameras and can travel up to 3 mph. Their battery lasts nearly two hours on a charge.

Currently, Fluffy is guided by robot handler Paula Wiebelhaus, who uses a videogame-style controller to manage the robot. Through the controller’s screen, Wiebelhaus can see what the robot’s cameras see, helping avoid potential collisions.

The robots have three operational gaits – a walk for stable ground, an amble for uneven terrain and a special speed for stairs. They can change positions from a crouch to a stretch, which allows them to be deployed to difficult-to-reach areas within the plant.

Ultimately, Ford plans to operate the robots remotely, programming them for plant missions and receiving reports immediately from anywhere in the country. For now, the robots can be programmed to follow a specific path and can be operated from up to 50 meters away with the out-of-the-box tablet application. 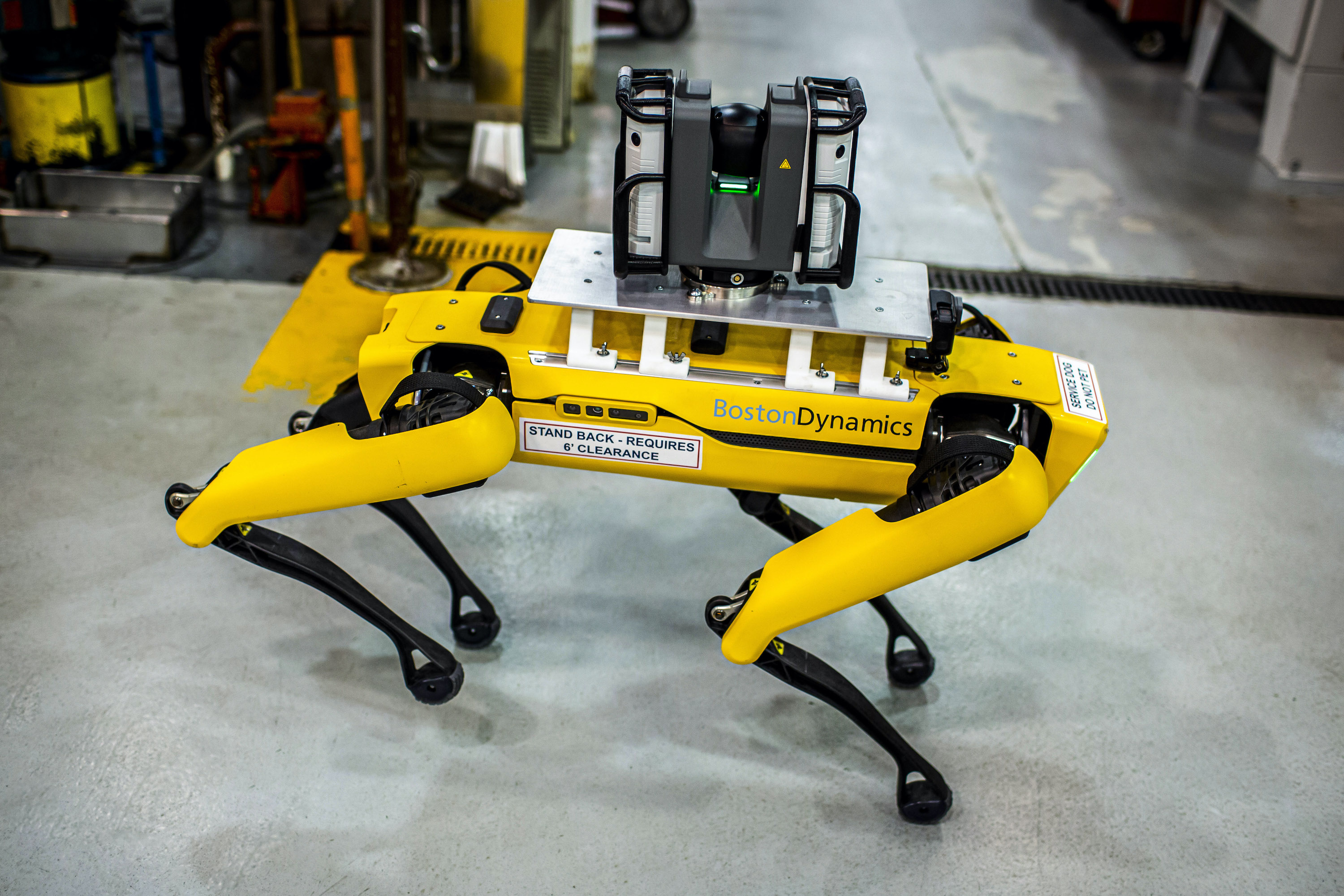 This is possible because Fluffy and Spot can handle tough terrain, from grates to steps to 30-degree inclines. If they fall, they can right themselves. They maintain a safe, set distance from objects to prevent collisions.

“There are areas in the plant that you might not want to walk into because they might be tough to maneuver,” says Wiebelhaus. “It’s easier and safer to send Fluffy back there.”

“Fluffy is an amazing manufacturing tool,” said Weibelhaus. “We want to push him to the limits in the manufacturing plant and see what value he has for the company.”

Hopefully, this will keep the robots too busy for them to consider rising up against humanity. 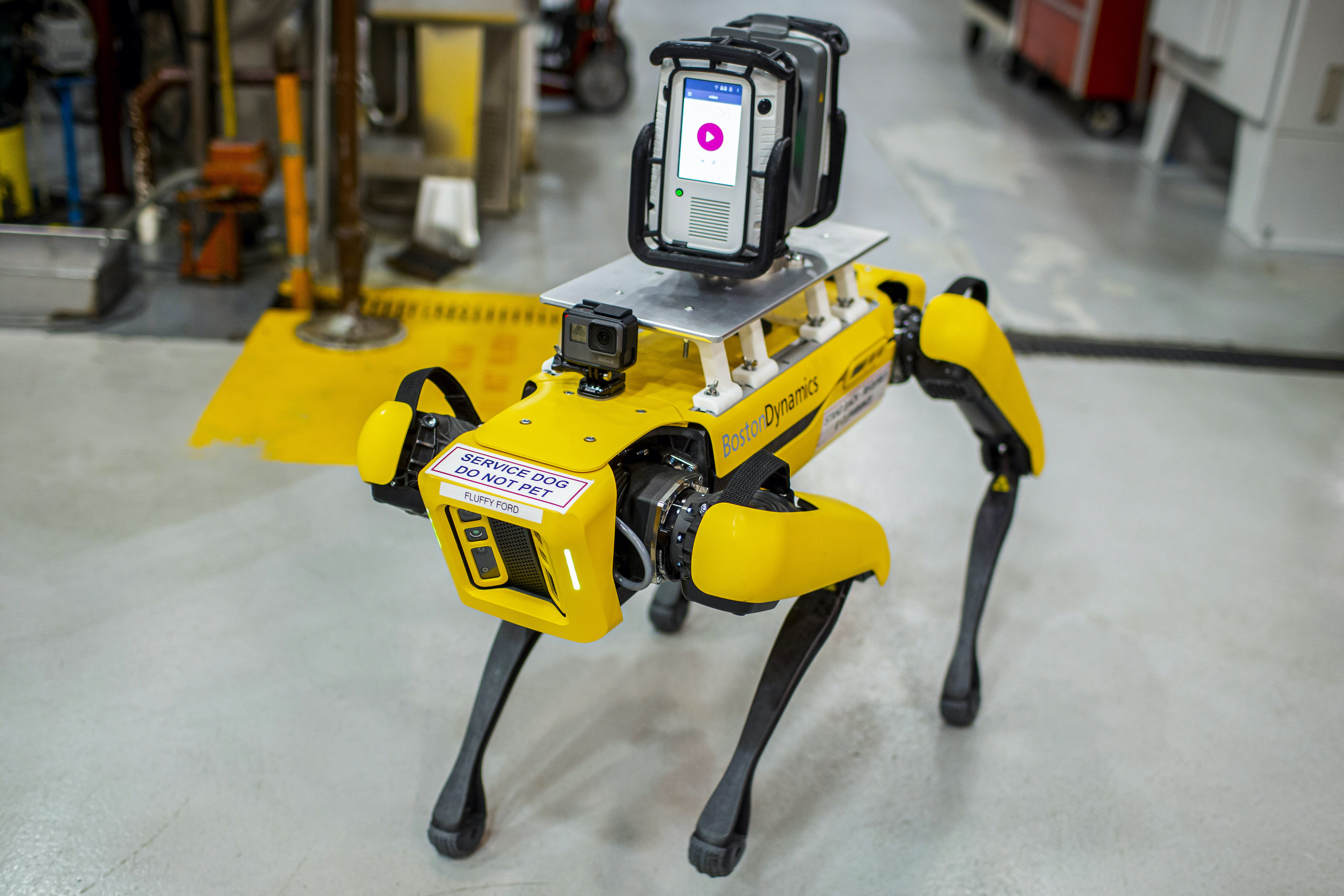