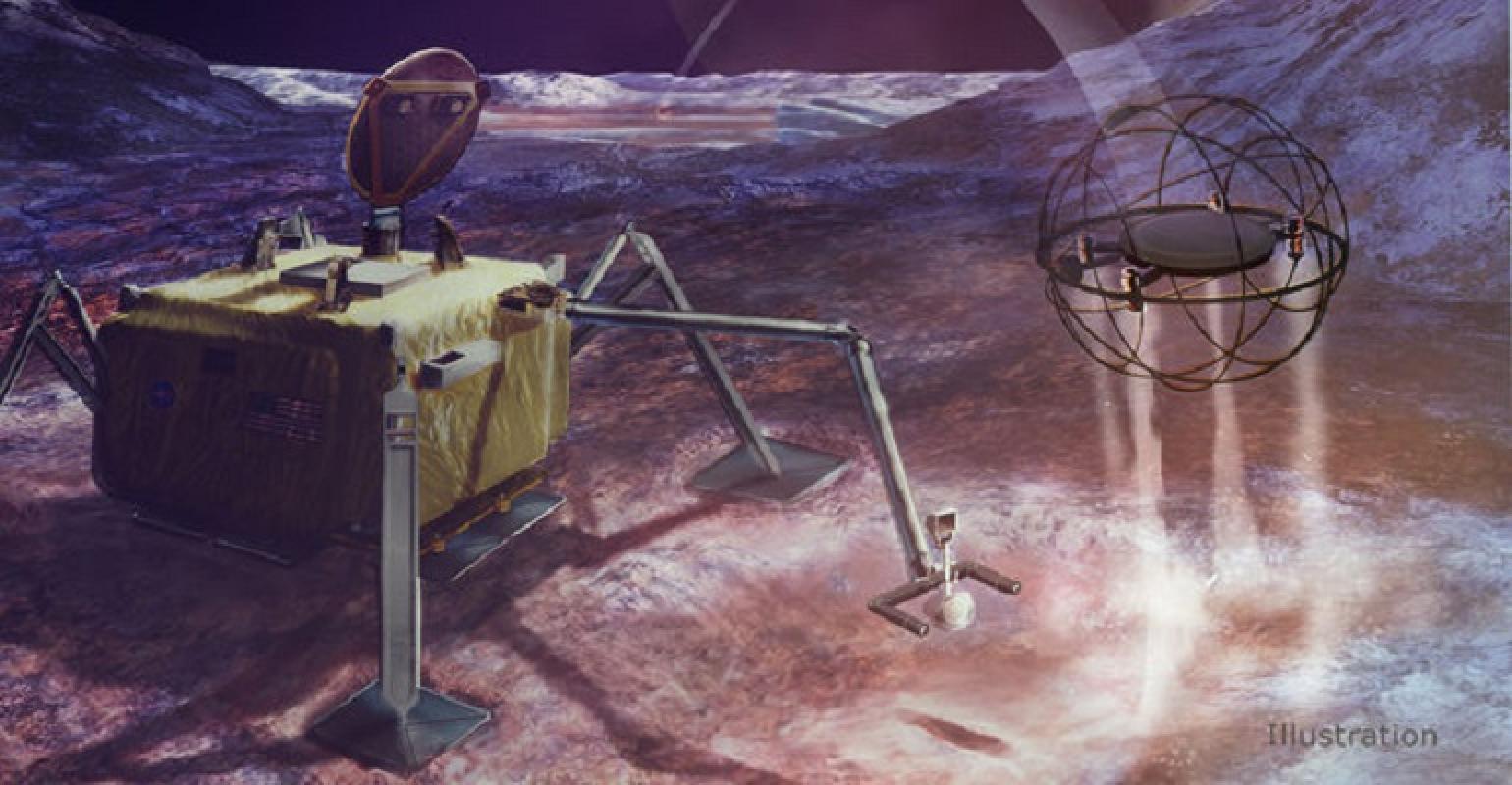 While space robots differ from Earth-bound robotics, there’s plenty of technology exchange from the sky to the ground.

Autonomous robotic systems are critical to space-based activities. Space robots will play an important role as humans move beyond space station work. In the meantime, robots are doing most of the exploring in space. Emerging autonomous robots are already assisting with everything from ship and habitat maintenance to remote R&D. The role of space robots will become even more pronounced in years to come. 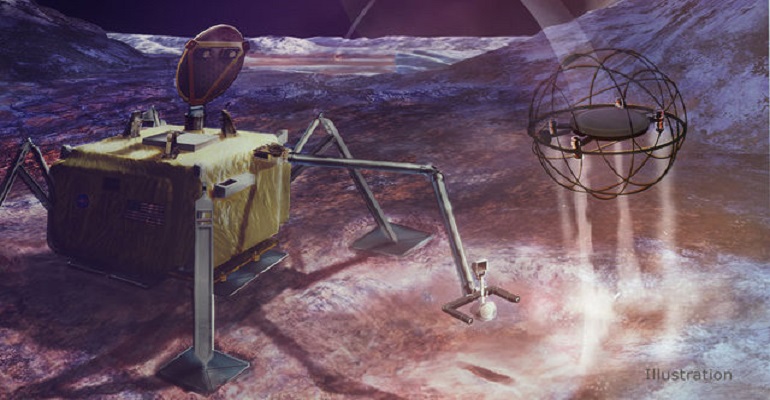 In this artist's concept, a SPARROW robot uses steam propulsion to hop away from its lander home base to explore an icy moon's surface.

With support from NASA and the Air Force, Panagiotis Tsiotras, IEEE fellow and professor, and David and Andrew Lewis Chair at the Guggenheim School of Aerospace Engineering, Georgia Institute of Technology, is involved in developing autonomous robot systems for space duties.  Tsiotras focuses on developing new algorithms for fail-safe integration of machine learning components in aviation systems. The goal is to create high confidence and assurances of safety via:

Differences Between Earth and Space Robotics

In creating robots to operate in space, some of the basic robotics technology is useful, yet it has to be adjusted for the variety of environments in space. “There are many differences, as well as similarities,” Tsiotras told Design News. “The greatest difference, of course, is that space-based robots need to operate in a different environment – in space, there’s obviously no air, but there’s also radiation, extreme temperatures, and changing illumination conditions.”

These differences affect how the robot operates, but they also require that the robot be constructed of different materials altogether. “Space conditions impose severe restrictions when it comes to the type of materials that can be utilized, the computational capabilities the space robot can utilize, and the energy sources that can be tapped,” said Tsiotras. “Typically, space-certified sensors, actuators, and computers are often a generation or two behind their Earth-bound counterparts. This, in turn, imposes restrictions on the algorithms that a space-based robot can implement reliably.”

Energy Sources in Space Are Limited

While energy sources on Earth are plentiful, space presents a dramatically different energy environment. “Another issue is the limited source of energy and/or fuel in space,” said Tsiotras. “An orbiting robotic spacecraft, for instance, does not have the luxury of easily acquiring more fuel if its propellant runs out. The spacecraft needs to be operated carefully to avoid rapid fuel depletion.”

One of the critical principles in developing space-based robotics is reliability. The advances in reliability become another benefit that can be transferred to Earth robots. “Space-based robots should be super-reliable, as they operate very independently in space, which is a very challenging environment,” said Tsiotras. “Learning how to design, build, operate, and maintain highly reliable safety-critical systems will go a long way towards helping to design similar systems for Earth-based applications.”

One of the challenges in developing technology for space equipment is the limited size of the market. A limited market tends to mean small expensive batches of equipment. Yet that may be changing. Tsiotras sees a growing space market. “The space-based robotic market is small compared to its Earth-bound counterpart,” said Tsiotras. “However, the market for space-based robotic systems is quickly expanding, mainly owing to the benefits provided by repurposing and upgrading aging telecommunications satellites.”

You won’t find many cobots in space, since space robots don’t often work alongside humans. That reality affects robot design. “Space-based robots offer quite different opportunities than Earth-bound ones,” said Tsiotras. “In many instances, Earth-based robotic systems are used to help a human do a particular job – say, for example, more safely drive a car, more efficiently work in an industrial assembly line. Often, such jobs can be done solely by a human operator, but, in the case of space-based robots, the situation is quite different.”

The space robot often engages in operations that simply can’t be done by a human. “In space, robots become true enablers. If they are not available, some jobs, such as planetary exploration, simply cannot be done,” said Tsiotras. “So, in many instances, space-based robotic systems are the only option we have to perform certain operations where humans cannot be present.”

Working with NASA, JPL, and the Air Force

In developing space-based robotics, Tsiotras works primarily with two clients. “In my lab, we have worked with both NASA, including JPL (Jet Propulsion Laboratory), and the Air Force in the area of space-basic robotic systems,” said Tsiotras. “Both of these agencies, for obvious reasons, have an interest in space-based robots. For NASA, we have been working to develop perception algorithms for autonomous robotic spacecraft that orbit – or land on – small asteroids.”

The needs for NASA’s JPL tend to be very specific, involving the environments on different space bodies, such as the Moon and Mars. “For JPL, we investigated articulated orbiting robotic spacecraft that can manipulate objects in a zero-g environment,” said Tsiotras. “The algorithms we develop need to be much more robust and work in a much harsher environment than Earth-bound robots. Our algorithms and techniques can therefore lead to more resilient robots even for Earth-bound applications.”

Space Batteries go from Infinity to Even Further
May 26, 2020