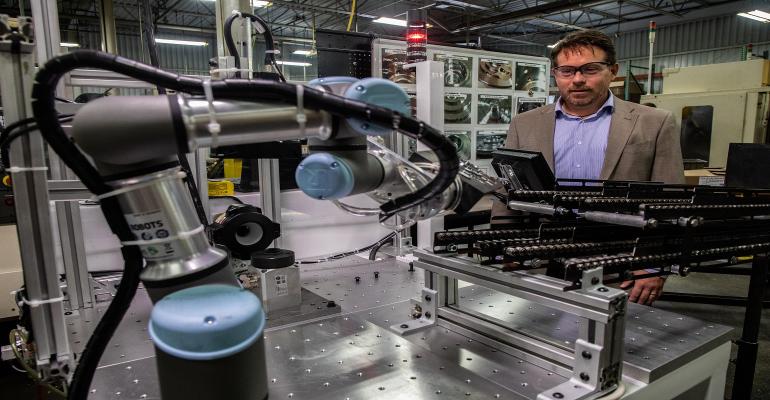 Manufacturers are becoming more concerned about robot “real estate.” Every square meter of factory floor space is used for production. That means industrial robots are required to fit into smaller spaces. On the plus side, this development means that industrial robots are becoming more accessible to small- to medium-sized manufacturers. Part of the solution is to use thin section bearings, which play a crucial role in creating smaller robots.

Traditionally, small-medium enterprise (SME) manufacturers have resisted buying robots. There are several reasons for this, including the hefty upfront costs associated with automation. These costs can deter companies small or large. There is also the size of the robots themselves. Many are too cumbersome to fit into manufacturers’ existing production lines. Manufacturers worry that industrial robots won’t fit into their space and their workers' current way of doing things. These concerns are justified. Any significant change to a production line can invite risk.

Related: Cobots: Are You Ready to Do It Yourself?

For industrial robots to work for many manufacturers, more compact, versatile, and flexible robots are needed that can fit more easily — and cost-effectively — into smaller spaces on the production lines. After all, as Vincent Van Gogh said, “Great things are done by a series of small things brought together.”

Another argument for smaller robots is worker safety. Giant robots are typically caged off from human workers, to perform tasks in isolation without risking injury to human workers. Newer, smaller robots and cobots can operate in open or semi-protected environments. According to a recent interview with Alex Megej, chief technology officer at TE Connectivity, a combination of large and small machines will be crucial if robots are to thrive in SMEs’ production environments. “In terms of collaboration between huge robots and small robots, this usually happens only in situations where smaller robots, or small cobots, in this case, pick and place material for further processing with larger robots,” said Megej. 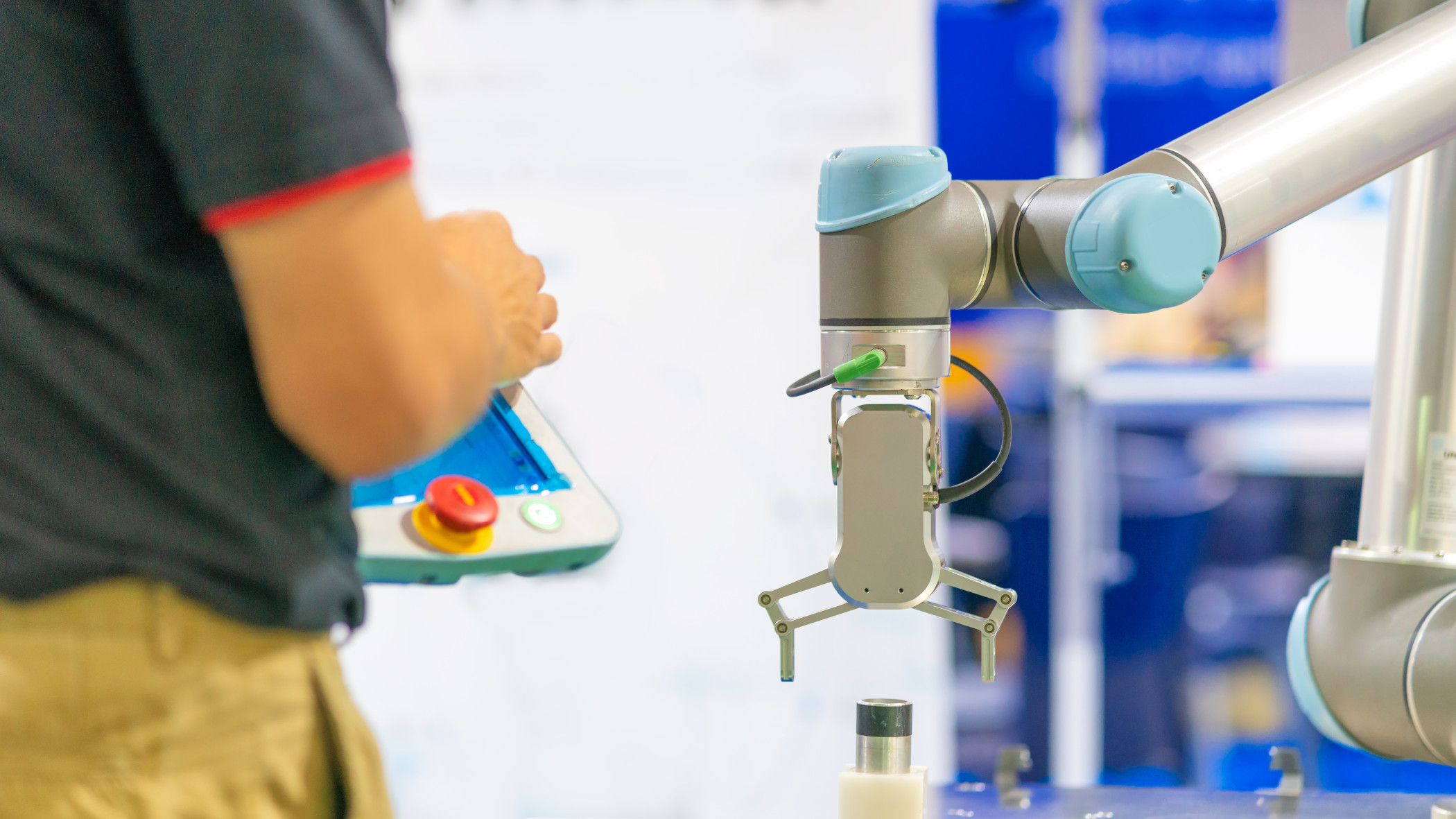 Adding Vision to the Mix

These factors are driving growth in smaller and speedier robots that can perform more complex and precise tasks — whether in surgical environments or warehouses. Vox magazine cites the example of Amazon’s Kiva robots, which follow human workers around the warehouse and support them in tasks.

There is also a rise in 2D and 3D vision systems. Robots equipped with 2D vision systems can detect simple colors or textures, which is useful in processes such as barcode detection. 3D vision systems, meanwhile, use multiple cameras to create multi-dimensional models of objects. The vision system combines with intelligent software, to process these images and identify the exact position of an item.

As a result, robots can determine the most logical order of items and pick them up with sub-millimeter accuracy. This is especially useful in bin-picking applications, one of the most sought-after tasks for robots, which robots can now perform with levels of fluidity and accuracy akin to human workers. Such systems can combine with artificial intelligence (AI), which we’ll look at as an example below.

Aside from better connectivity, SMEs require robots with improved precision. This is where thin section bearings come into play. Robot applications rely on high-precision bearings ― including variants made from hybrid chrome and steel, along with ceramic bearings and slewing bearings. Articulated robotic arms, for example, require robot bearings in the rotary joints.

Thin-section bearings are the most popular choice for robot applications among SMB Bearings customers. As the name implies, they are particularly thin and compact and have proven essential in allowing robots to perform tasks with increasing precision and accuracy.

For an example of how thin section bearings aid robot performance for SMEs, let’s take the example of Shadow Robot Company.

The company is an SME that manufactures dextrous robotic hands for academia and nimble work. However, the company sought to branch out more into industrial applications, which would be spearheaded by its Smart Grasping System. The highly-automated system is designed to be robust and reliable and combines with AI to recognize different objects and select the appropriate grasp.

However, for the system to work, Shadow Robot Company needed specific bearings with very tight tolerances. Ease of installation and dimensional accuracy was also among the company’s needs. In response, SMB Bearings recommended and supplied EZO thin-type precision bearings. Every bearing that comes off the production line is of the same shape and size, every time, which is crucial to maintaining accuracy and consistent overall behavior in the robot.

Thin section bearings are favored for their ability to withstand radial loads as well as moderate thrust loads in both directions, which also suits them to the arduous demands of industrial robot applications.

In the end, Shadow Robot Company reported that the bearings were very easy to install and cited their quality, tolerance, and consistency. These advantages supported repeated assembly of the Smart Grasping System and have been vital to the accuracy of the smart grasper’s movements.

The Smart Grasping System can pick up many types of objects, reducing the need for numerous hands in a factory. Plus, the accuracy allowed by thin section bearings is crucial to this. As the example shows, specialty bearings will be crucial to helping smaller companies embrace smaller and more compact robots and, in doing so, get the most from their manufacturing “real estate.”