HomeAutomationBuilding a Better Robot
Recent
Automation
Overcoming the Blind Spots in Hemodynamics Monitoring, Beat by Beat
May 25, 2022
Schwab Commemorates 1979 Tech Upgrade with a Custom Firebird
May 25, 2022
AAA Testing Highlights Automated Driving Failures
May 25, 2022
Top 10 Semiconductor Suppliers of 2021
May 25, 2022
POLL
Strategies to Reduce Noise and Vibrations in Vehicles
May 25, 2022
NI CEO Says Data and Testing Key to Future Technology Success
May 25, 2022
NASA Space Missions: To Infinity and Beyond
May 25, 2022
Rivian Patents Automated EV Charging Connector
May 24, 2022 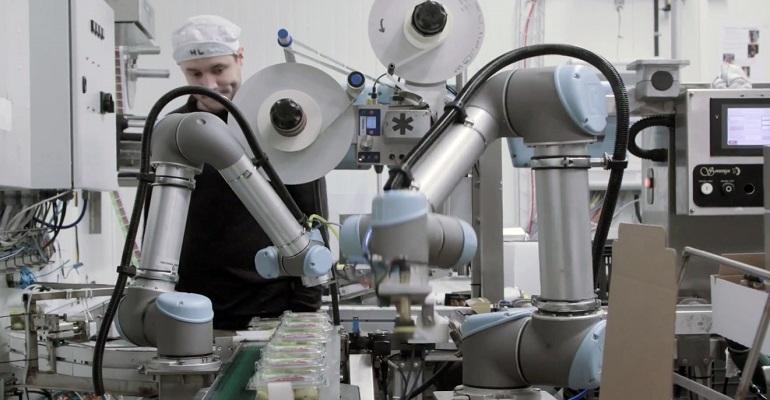 Universal Robots explains how to create an effective robot, from the materials and components to the software and user groups.

The goal of Universal Robots (UR) is to build easy-to-use robot arms that can be deployed by companies and organizations of all sizes. UR’s robots are often called collaborative robots or cobots. The goal of these machines is to integrate into human-based manufacturing. These cobots are designed for flexibility and financial return.

One of the big departures from traditional robots is that cobots do not have to be caged, and they don’t require original programming. They are designed for configuration rather than programming, so workers with a basic understanding of manufacturing can set them up for production. 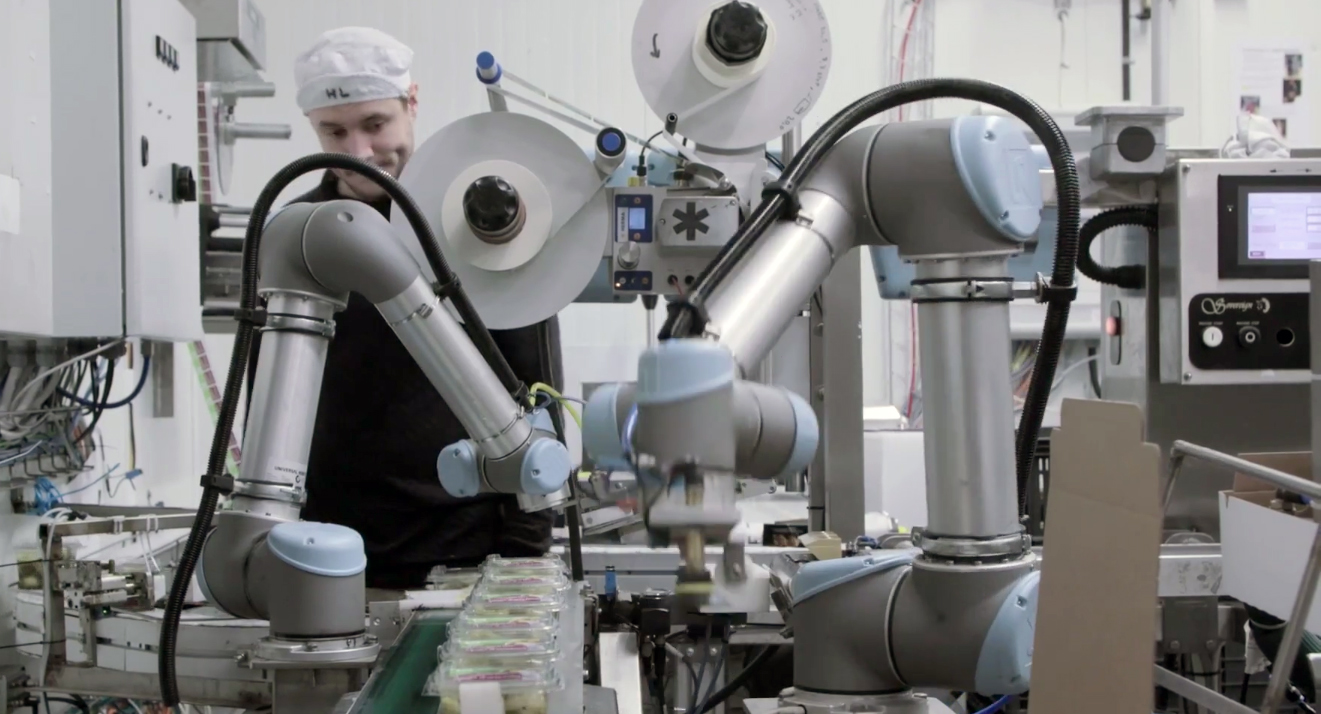 Here’s an example of a packaging application that’s running cobots.

The company opened in 2005 and delivered its first robot arm in 2008. The first arm was roughly the size of a human arm and was able to carry the equivalent payload as a human arm. Since then, UR has introduced cobots that carry significantly greater payloads.

Design News reached out to UR to find out how they create robots. Anders Beck, head of innovation at UR, explained what it takes to build a better robot.

DN: How are materials selected for building a robot? What considerations are involved?

Anders Beck: In building robots, we’re at the point where we stretch the material very far. The robots look really small, but the larger joints have the torque of an automobile in a compact structure. So, the materials have to be very strong. We keep ourselves up to date on composites, aluminum. We also keep up with different manufacturing processes of the materials to see if there are new materials that can give us better strength. As low a mass as possible is required for the torque outputs to be significant. As well as carrying the payload, the robot has to carry itself.

DN: Are robots reverse-engineered to accomplish the users’ needs?

Anders Beck: For traditional robots, they are often reverse-engineered for specific application purposes such as welding or painting. But the concept of UR is producing a universal robot. The first one was launched with an 850mm arm, the same as a human arm. It was designed to move the same space as human harm and a 5-kilo payload like a human arm. We wanted to empower the robot to do what the human does, only more demanding.

DN: How are components selected? Do you choose off-the-shelf components, or are some of the commissioned?

Anders Beck: UR has gone through 15 years of working with components. With our first robot, the base was off-the-shelf components. In a traditional robot, the electronics are in the cabinet and the bearings are part of the structure. A Universal Robot has six joints with fully encapsulated drives, including electronics, gears, and bearings) Every joint has six degrees of freedom in a separate drive. That was new because we simplified the design and the cable running down to the control box. A lot of the electronics were custom made.

We have a full safety rated system. The gearboxes are expensive to build, and we were a small player, so we built our own gearbox. The robot has a high torque-to-waste capacity and zero backlashes. We do choose off-the-shelf components, but we’re at the size where we’re working with new technology, so we’ll begin to get some commissioned components.

DN: Likewise, with the robot’s software. Are there off-the-shelf building blocks taken from the robot software world? Or is the software proprietary?

Anders Beck: UR brought two innovations to market. A lightweight safe arm and easy programming. We solved safety issues with a small and easy-to-carry arm that doesn’t require reinforced concrete. Plus, we made robot programming easy, requiring just a simple layer of training.

In recent years, beginning in 2016, we created UR+, an open community to build software modules that plug into our robot and extend its capabilities. You can use an app that makes it easy to communicate with the gripper. All of that is now plug and play. We’ve seen a huge growth in partners that contribute tooling and software. Uses like welding are being plugged into the robot. We have a platform where our partners can build their software on top of it. We’re moving away from single non-scalable solutions.

DN: How are new models determined? By quizzing users on their needs. Or by anticipating needs the users may not be aware of?

Anders Beck: Customer feedback is a very important part of our design process, We listen to our users. We understand their needs. We put that into the equation. But we also work very hard to add the secret Universal Robots sauce to make complicated problems easy. As Henry Ford said, “If we asked our customers what they wanted, they would have told us they wanted a faster horse.” We look at new technologies and the opportunities that come from new technologies. We listen to our users. We understand their needs. We push new technology into the market to solve problems that users may not know they have. We look at the barriers to the automation of a task. We released a 16-kilo robot because we had the demand for a heavier payload. Before the collaborative robots appeared, a lot of users didn’t realize they needed cobots.