Automating the Last Mile With a Delivery Robot 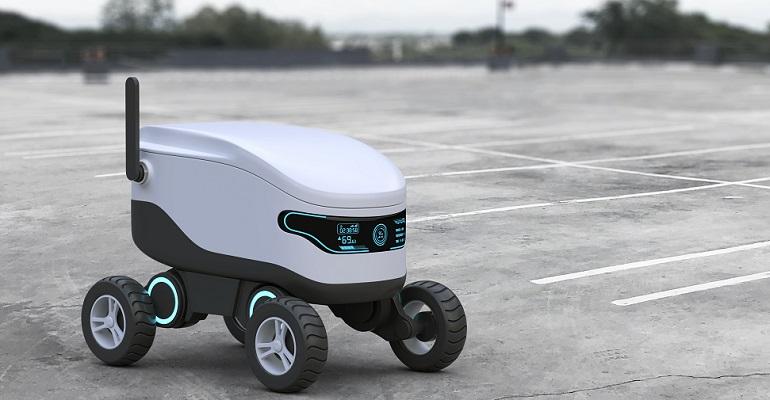 Companies are making considerable investments in automating the “Last Mile” of the factory-to-customer delivery process.

Consumers and businesses alike are expecting goods to be delivered quickly. The movement of parcels from the production facility to the local hub is extensively automated. That last mile of the destination is a gap of inefficiency. Add to this the similar need of moving meals from the restaurant to the consumer. This need to automate this last stretch is prompting the development of automated delivery technologies. A recent report from Lux Research, “Automating the Last Mile,” predicts automated last-mile delivery technologies will generate up to $48.4 billion in revenue by 2030.

Major logistics operations are already deeply involved in solving this issue. “The big companies UPS, FedEx, Amazon will have a small hub, and from the hub to your house will be automated. We see use cases in China where you hire a robot to take care of this, to pick up the parcels,” Ram Machness, VP of product for Arbe Robotics, an autonomous driving company, told Design News. “The delivery robot will solve this for you.” 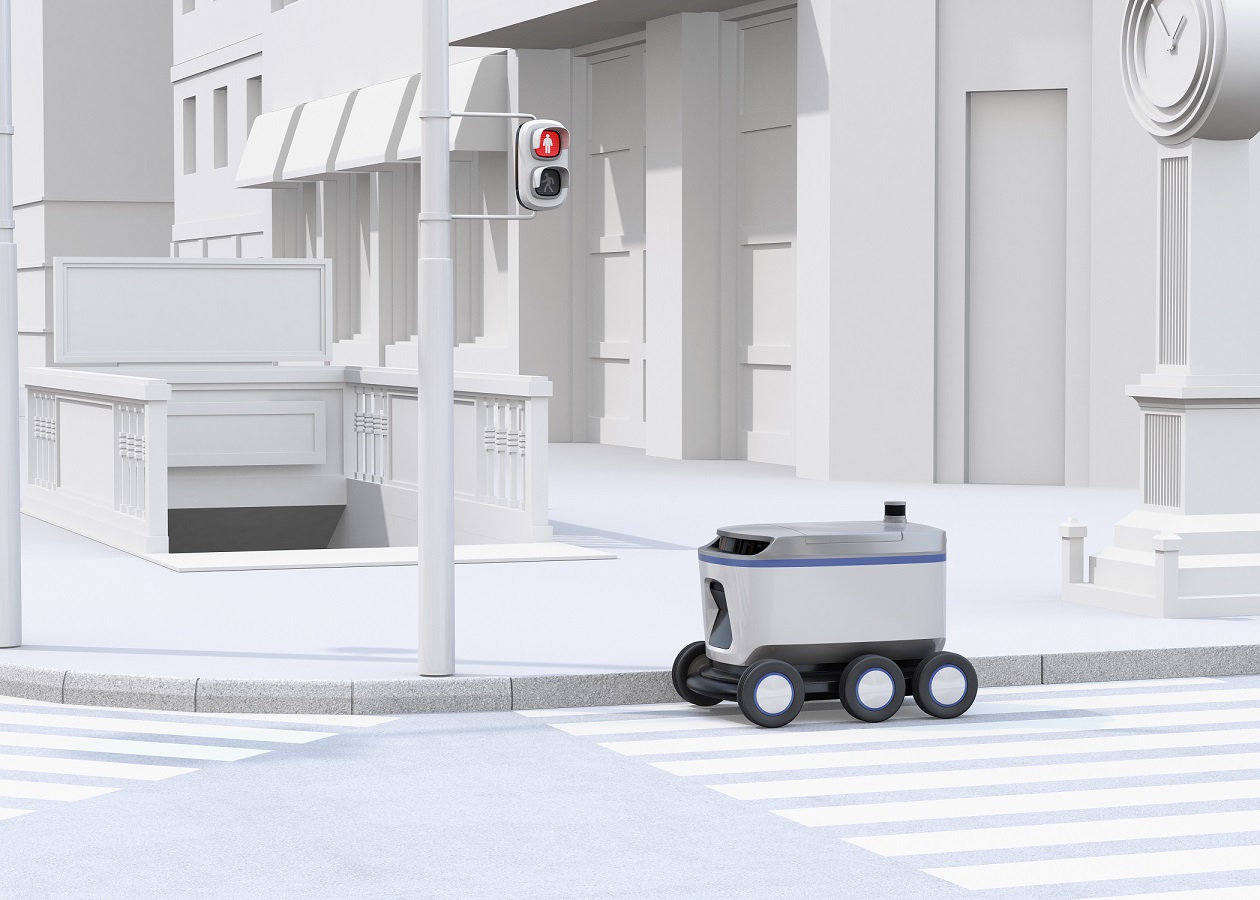 Delivery robots were originally conceived as a campus convenience for carrying food to students. (UC-Irvine and Bowling Green State University are examples). The use of delivery robots accelerated during the pandemic as these small vehicles met the need for social distancing by moving food and essential supplies to consumers.

There are plenty of applications to drive the development and perfection of delivery robots. While the pressing need might be COVID-19, they will likely become part of everyday life. The remaining issue with last-mile solutions is the ability to effectively get around without bumping into things and pedestrians.

Here’s a video that shows the background on delivery robots:

As robot and autonomous vehicle companies become aware of the potential market for delivery robots, they’re dashing in with possible solutions. “A lot of people are getting into this market, even more than with mobile robots,” said Machness. “The big difference from warehouse mobile robots is that these robots need to share the road with humans. The robots don't have their own place to work. They need to share the road and sidewalks with humans.”

The ultimate goal in capturing this market is to automate delivery without smacking into something. “We have to make sure they don’t collide with anyone. They’re completely different from the factory robot. They travel in less organized environments,” said Machness. “Pedestrians are on the path and their movements are unexpected. That’s a huge difference, the main difference.”

Similarities and Difference with Autonomous Vehicles

Some of the technology for delivery robots is coming from autonomous vehicles, and some of it is coming from mobile warehouse robots. “The robots that drive on the street are like a vehicle, except they don’t have the higher speeds and long distances of autonomous vehicles,” said Machness. “The warehouse robots work well in short-range, but they are optimized for a specific task.”

To solve the last-mile problems effectively, companies will have to avoid the debilitating issues with autonomous vehicles. “The delivery robots have the same sensing parts,” said Machness. “Yet if you look at the auto industry, the sensors are failing to detect events such as pedestrians or motorcyclists. That’s a huge problem. So, that’s also a problem for the delivery robots.”

Bringing Radar into the Equation

Arbe develops a next-generation radar chipset that enables high-resolution sensing and generates an image 100 times more detailed than any radar solution on the market today,” said Machness. “It was designed for advanced driving assistance systems (ADAS) and autonomous vehicles but if delivery robots remain viable, this sort of technology could make the difference.”

Arbe seeks to use radar as the technology to create safe last-mile automation. “We’re working to provide the chipset to radar manufacturers. We expect to see robots with our radar in 2022,” said Machness. So far, individual autonomous vehicle companies are developing their own sensing systems. “The big autonomous vehicle manufacturers want to build it in-house. They want to build their own system with their own solution.”

Radar isn’t new technology. It’s been used effectively for decades. “Radar began in the defense industry, using radar to detect missiles and other vehicles. The big thing about radar is you look long-range and you look in all weather,” said Machness. “Radar can see through fog, rain, and direct sunlight. That’s critical for the delivery robots. You want them to operate when it’s raining.”

Part of the reason radar may be a solution is that the powerful computers required to process the extensive data generated by radar are no longer prohibitively expensive. “If you need a huge computer, that’s not a problem any longer,” said Machness.