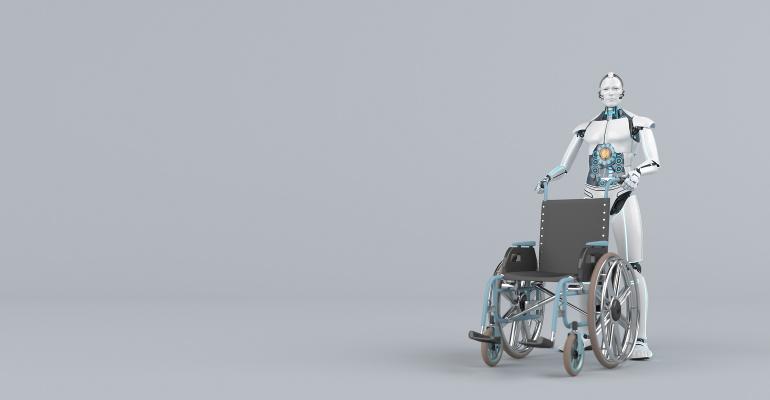 We’re used to the idea of multiple robots working in concert on a production line. Mobile robots, however, present a different kind of coordination challenge – like herding cats. InOrbit – a robot company without one robot – is working to solve that issue with a robot-herding platform.

InOrbit provides cloud-based software to orchestrate service robots. The platform is a robot-agnostic management system that enables robot companies and operators to develop, deploy, and synchronize the movement of autonomous robots across a warehouse or a hospital.

The InOrbit platform provides real-time analytics and data collection, robot performance monitoring, incident management, and remote interventions. Also, it doesn’t matter what robots are roaming the fleet. “We’re absolutely robot agnostic. To maximize the potential of every robot, we integrate several dozen different types of robots,” Florian Pestoni, CEO of InOrbit, told Design News. “We typically connect to robots that are ROS [Robot operating system] compatible. We have worked with many companies that don’t use ROS. Some use a little ROS mixed with homegrown.”

The InOrbit monitors robot location and movement across the designated environment, be it agricultural field or hospital floor.

Related: These Mobile Robots Are as Cool as They Are Functional

The platform is designed to manage robots from disparate manufacturers operating in a wide range of industries. “Increasingly, there is more than one type of robot in an operation, from agriculture to logistics to hospitals. We’re not going to be the expert on how to till a farm,” said Pestoni. “Our expertise is connecting the robots and getting data in and out of the robots. We’re seeing heterogeneous fleets. This means different types of robots working together with other robots and humans.”

To manage robot fleets InOrbit has to be able to get “into the head” of the robot. That requires integration with the robot. “We work with robot makers. Our platform can be adapted to any robot. Every robot is different, but they share a lot of things in common,” said Pestoni. “We run a small piece of software on the robot that connects to data sources on the robot. It might be for battery level or sending commands to the wheels.”

As well as learning the individual robots, InOrbit has to learn the environment and the required tasks at the customer location. “We work with the end-user to help deploy robots more effectively for the individual environment,” said Pestoni. “For a floor scrubbing robot, the programming isn’t writing code, it's telling the robot what area you want to clean. In a warehouse, the robot is taught the layout of the workspace once. When an order comes in, the robot is dispatched, and the robot knows where to go.”

One of the more challenging environments for robots is hospitals. The halls are busy with humans and the job often requires moving from floor to floor. “In a hospital, there are a lot of things that need to be moved around,” said Pestoni. “Maybe the robot focuses on linen. That frees up some of the staff involved in linen. Other robots move blood samples from the extraction to the lab on another floor. Those robots run on elevators. That’s the third level of complexity, moving from floor to floor.”

Robots such as Tug don’t have arms, so pushing an elevator button is tricky. “The robot integrates with the elevator. There’s no touching of buttons. We plot the movements of the robots on the map, and if you have multiple floors, you need multiple maps as well as an understanding of where the robot is, on what floor,” said Pestoni. “It’s wild that the technology can operate in a chaotic environment. That requires constant improvement. AI is getting better at dealing with unusual situations.”

One sticky wicket for robots is power. Recharging is a task that has to be programmed into fleet management. “Most robots run on batteries. Running out of battery power in the middle of a mission is bad. It can gunk up the hospital. So, the robot has a mechanism to make sure that doesn’t happen,” said Pestoni. “We manage hundreds of robots, so we have to know whether the battery is good or bad. Like your phone, the robot can let you know. Then, we can send the robot back to the recharge. We’ll notify a human operator when it gets close to 15% remaining. When it gets to 5%, we just send it back to recharge. If it takes 15 minutes to get back to the recharging dock, we have to adjust for that.”

Manufacturers are starting to use mobile robots for tasks off the production line. “Several food-and-beverage companies have deployed automation as part of their production process. They use autonomous mobile robots to assist with material handling tasks both before production and after production,” said Pestoni. “Mobile robots can assist by delivering raw materials to a factory floor. They can also move completed products. As more robots enter the dynamic and often chaotic environment of a factory floor, the chances of robot failure go up.”

Robot Time in a Capsule

The company recently added Time Capsule, a tool that gives operators a better view of robot fleets,” said Pestoni. “The upgrade to the SaaS platform captures critical data needed to understand robot autonomy exceptions, giving users the ability to turn back time and understand where failures occur. The goal is to improve productivity.

The time capsule can be used to investigate the source of problems. “Robots generate terabytes of data per hour, most of the time the data is consumed by the robots for navigation,” said Pestoni. “When something bad happens – like falling down an escalator or the temperature in the motor gets too high, you can use the time capsule to do root-cause analysis and find out what led up to the incident.”

The time capsule can be used to freeze the moment in time when the error occurred. “The time capsule gives you access to specific areas of data. You can see a heat map that shows the robot’s path,” said Pestoni. “You can tell if there is a choke point in the flow. The response to the issue goes to the experts. We give you the tools.”