SQ4D has completed construction of the world's largest permitted 3D printed home. The home is 1900 square feet and took only 48 hours of print time, over an eight day period. The home was entirely printed and built onsite using less than $6000 in materials. Future print-time is expected to be cut in half on their next projects, due to ARCS enhancements implemented post construction.

ARCS is a patent pending technology that robotically builds foundations, exterior walls, interior walls, utility conduits and more. This digital driven system reduces labor to as little as three people, accounting for up to 41% of the total construction of a home.

Arron Mollet created this great design for holding a phone. It’s posted on Thingiverse. This stand allows multiple viewing angles and has a quick grab/release mechanism that grabs and locks the phone in when you let go and releases when you pick up the phone.

This design currently works best for larger phones (iPhone 8 plus/XS Max size), but Arron is working on a universal version, just need to get my hands on the smaller devises to test and dial it in. The entire design is printable other than a small extension spring that needs to be installed when putting the stand together.

KFC is launching the development of 3D bioprinting technology to create chicken meat in cooperation with the Moscow-based 3D Bioprinting Solutions research laboratory, which announced the program July 16. The idea of ​​crafting 3D printed chicken was developed in response to the increase in demand for alternatives to traditional meat and the need to develop more environmentally friendly methods of food production. The aim is to get the nuggets as close as possible in both taste and appearance to the original KFC product, while being more environmentally friendly. Receiving a final product for testing is already planned for the fall of 2020 in Moscow.

The world’s largest 3D printed boat is 25 feet long and weighs 5,000 pounds. Named 3Dirigo, the boat is being tested in the Alfond W2 Ocean Engineering Laboratory, an offshore model testing facility equipped with a high-performance wind machine over a multidirectional wave basin.

Want to walk on clouds? Japanese brand Magarimono manages this trick in their new line of shoes. With the help of the SLS printing technology of SHINING 3D's EP-C5050 Pro TPU 3D Printer Magarimono's designers were able to birth their extraordinary ideas into reality. The four initial designs of the Magarimono Originals Collection carry the title CLOUD. Each design is a tribute to a scientific category of a cloud with each type of shoe featuring a different cushioning structure.

Michal Szydlowski was able to manufacture his musical hardware in a short period of time and at a low cost using ZMorph technology. The design was first created as a 3D model in Autodesk Inventor software. All parts were then 3D printed on ZMorph 2.0 S multitool 3D printer using a Plastic Extruder 1.75 mm which took about 16 hours to accomplish and required around 1kg of PLA filament. Depending on the function of certain parts, Michal 3D printed them with different infill. Acoustic elements were printed with 15-20% infill while the fasteners and holders had about 80% to make them more rigid and strong.

A hard metal – cemented carbide – was 3D printed with new shapes and functions without sintering or machining. And with minimal material waste. The alloy is heat resistant up to at least 750°C. Swedish-based VBN Components was the first company to succeed with this innovation, which has just won the German Best of Industry Award in June. VBN worked on the material for 10 years.

Engineers from GE Additive’s AddWorks consulting team in Cincinnati used data collected by researchers and keepers at the Cincinnati Zoo’s. The goal was to imagine how metal 3D printing technology could help give animals the opportunity to find their food as they would in the wild.

The final product is a device that disconnects the keepers from feeding the animals, disbursing food into habitats at random times, which is more like an experience that the animals would have in the wild. The exterior of the device replicates a tree trunk with a bark-like texture, and the inside of the feeder has a central enclosure to house crickets, which is connected to varying length tubes that exit the device at different points along the exterior.

Fashion designer Zac Posen worked with GE Additive and Protolabs to create a range of innovative, sculptural 3D printed garments and accessories. The designs were inspired by the concept of freezing natural objects in motion. Over the past six months, Zac Posen and his creative team have explored a range of 3D printing and digital technologies with design engineers and 3D printing experts from GE Additive and Protolabs.

This latest collaboration is a continuation of Posen’s vision of incorporating cutting edge technology, innovation, and style in fashion products.

MyMiniFactory lets you download the plans for an Oreo Box by Gianluca Rolle.

In cooperation with partners Mahle and Trumpf, Porsche is using additive manufacturing to produce highly stressed drive components such as pistons. 3D printing allows the pistons to be manufactured with a structure that is optimized for the loads acting on the pistons. As a result, the pistons from the advance development project weigh ten percent less than the forged series production pistons. They also have an integrated and closed cooling duct in the piston crown that could not have been produced by conventional methods.

A discount is available on these kits for e-NABLE members who are actively involved in the charitable fabrication of these devices. Email info@3duniverse.org for more details.

Prototypes 3D printed on the ZMorph 2.0 S multitool 3D printer allowed YLE Engineers to overcome all the design and terrain difficulties which resulted in building a massive and durable structure. This innovative construction measuring 125 meters length and impressive 21 meters height with the weight of 2,000 tones was built on a double-track railway from Gdansk to Pruszcz Gdanski. It all began has a tiny replica by Piotr Zoltowski, the civil engineer and scientist who founded YLE Engineers.

Artforge Studio is the workshop of an artisan specializing in innovative and imaginative designs.  Owner Simon Walker is a goldsmith trained in classic jewelry-making skills, including diamond mounting, silversmithing, wax carving, and enameling.

Intrigued by the competitive and creative value of 3D printing with castable and tool making materials, Walker has been using 3D Systems printers to produce jewelry. “This technology allows creative people to make and play with ideas ranging from engineering style work to whimsical pieces in a short time frame,” Walker said in a statement.

Miniature interiors from ZMorph include 3D printed wardrobes, desks, couches, chairs, tables, and smaller decorations like vases and candlesticks - all with an outstanding level of detail. Sceneries built by the experts from Get Models Now are already at display in the Museum of Applied Arts in Poznan, next to the original pieces. Their role is to give the visitors a better understanding of the period and how applied arts evolved over time. 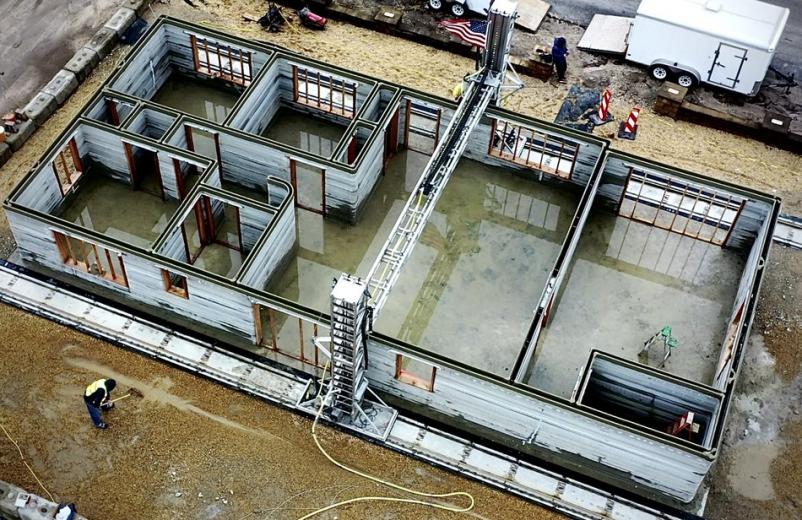 Next Up
Digital Products Rush to Market
Start Slideshow ›