HomeAutomationYou'll Need an RFID Implant to Fire This Smart Gun
Recent
Automation
Using Low-Code/No-Code Systems for Manufacturing Quality
May 19, 2022
Los Angeles Fire Department Deploys Nation’s First Electric Fire Truck
May 19, 2022
Supplier News Looks at an Automated Coolant Management System
May 19, 2022
Is Magneto the Hero We Need to Destroy Blood Clots?
May 19, 2022
POLL
Using AI To Help the Deaf Communicate
May 19, 2022
Argo AI Expands Driverless Operation to Austin and Miami in Search of More Challenges
May 18, 2022
12 Ideas that Could Change the World
May 18, 2022
Making the AC Power Main Intelligent
May 18, 2022

You'll Need an RFID Implant to Fire This Smart Gun 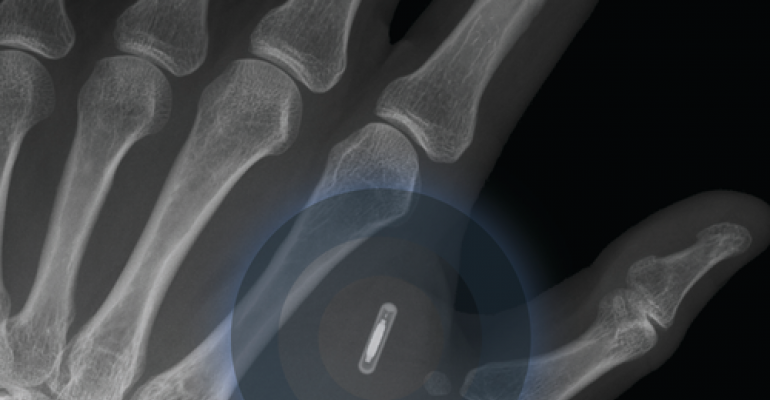 The gun control debate isn't one that's going to slow down or resolve itself any time soon. But some companies are working on ways to create safer "smart guns" that only respond to their owner. The idea is to create a gun that can only be fired by an authorized user. Common approaches to the smart gun concept have suggested using an RFID-enabled wristband or implementing a biometric fingerprint scanner into a gun so it would only activate when it recognizes its owner's fingerprints.

Amal Graafstra, a self-proclaimed biohacker based in Washington, has prototyped a more radical solution -- implanting himself with an RFID tag that only allows his gun to fire when he's the one holding it. 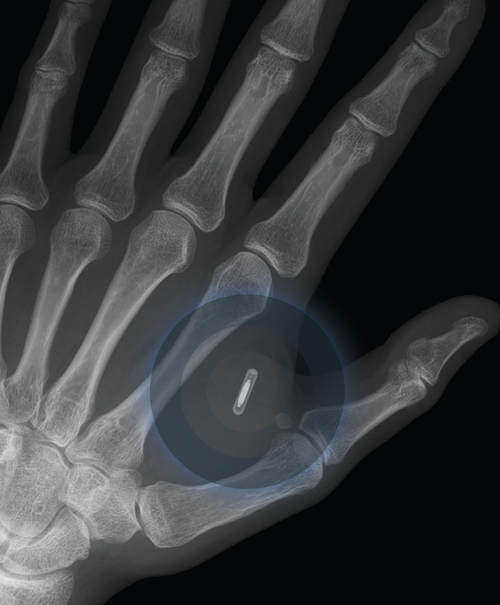 Graafstra's prototype gun, which he demonstrates in a video for Vice magazine (yes, he implanted an RFID tag by himself without a doctor), contains a reader and antenna assembly that unlocks the trigger when it senses the presence of the user's RFID implant. He called his device "two old technologies coming together in a new way." The battery-operated smart gun mechanism can even be programmed to lock the gun if the power source dies.

Graafstra is the founder of a biohacker collective called Dangerous Things that sells various biohacking gadgets through its website -- including implantable RFID tags and injection kits. None of this is FDA approved, of course, and Dangerous Things has a nice disclaimer on its site: "... You are purchasing, receiving, and using the items you acquired here at your own peril. You're a big boy/girl now, you can make your own decisions about how you want to use the items you purchase ..."

Biohackers are a niche underground movement of DIY enthusiasts who are looking to create their own implantable devices and technologies, government approval be damned. In the past biohackers have made headlines from seemingly benign projects like implanting magnets into the fingers all the way to fully implanting smart devices like health monitors into their own bodies.

Proponents of the technology believe smart guns can prevent stolen guns from being used in shootings and prevent children from harming themselves. Earlier this year President Obama even pledged more federal funding for companies looking to develop smart gun technology.

Opponents, however, take a spectrum of negative opinions on smart guns, from seeing them as a safety hazard to policemen and soldiers that need their guns to be reliable, all the way to smart gun technology being another sneaky way for Big Brother to intrude into our private lives. What if the smart gun fails when an officer is in a shootout? Is the NSA or some other government body going to use RFID tags to track and spy on gun owners? Who wants a gun full of electronic parts when mechanical guns work just fine?

In an in-depth piece for TechCrunch writer Jon Stokes outlines the myriad of issues with smart guns -- most prominently the potential for hacking and failure of the new electronic components.

First, no electronic technology is 100% reliable, and very few people will trust a gun that can be turned into a brick by a failure of some onboard circuitry. Second, whenever you attach software to some new category of things -- especially software that has any kind of connection to the outside world, whether via RFID or an actual network -- then in addition to whatever problems that thing had before, you've introduced a whole host of brand new security and identity problems that are new to that thing and that must be discovered and patched, and then the patches will have problems that must be discovered and patched, and on it goes.

Graafstra said he is not a gun enthusiast himself per se, but he sees the importance of smart gun technology. "To be able to, in the state of Washington, go into a gun store, hand over my license, and 15 minutes later walk out with [a gun], it's not exactly the best system," he told a Vice interviewer. For Graafstra the smart gun concept is important because "eventually we'll be able to control who is able to operate a weapon once it leaves a store."

He admits that an implant can seem extreme, especially for gun owners already paranoid about their 2nd Amendment rights. But he believes an implant is the ideal solution against the technical challenge imposed by smart guns. "The biggest argument against smart guns is that when you need it then it's not going to function correctly -- the wristband is not going to be on or fail, the fingerprint reader isn't going to work," he told Vice. "So we're trying to jump over those hurdles in a way where you can't forget your activation token."

Graafstra said he is currently speaking with gun manufacturers about his idea. However, even if a company goes for the idea there are sure to be a barrage of hurdles ahead, particularly from regulatory bodies like the FDA.