Yes, Autonomous Cars Have Accidents; Here are 3 Reasons Why 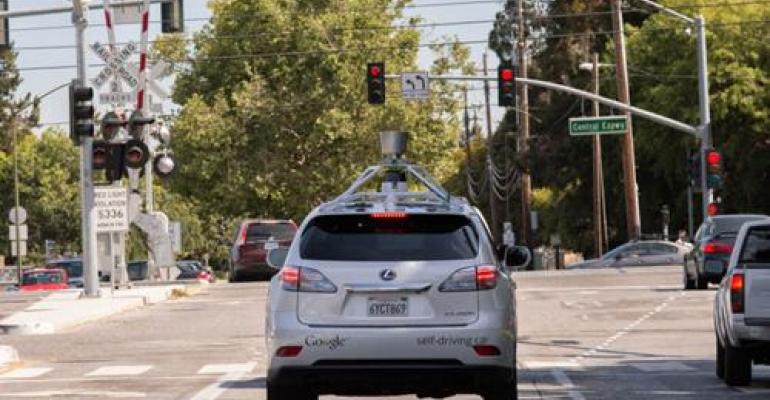 <p><strong>Self-Driving Vehicles</strong></p><p><strong>The hype: </strong>The days of car accidents, gridlock, and bad driving will soon be over! Self-driving vehicles are coming and vehicles guided by intelligent AI will solve all of our transportation issues.</p><p><strong>The reality:</strong> A lot of major companies and even some <a href="https://www.designnews.com/electronics-test/10-automotive-startups-watch-2018" target="_blank">automotive startups</a> are making very exciting developments in autonomous vehicle technology. However, we're still a long way off from filling our roads with level-5 cars and trucks that can pilot themselves with no human intervention. In fact many experts agree that full level-5 autonomy may be as much as <a href="https://www.designnews.com/automotive-0/here-s-why-level-5-autonomous-cars-may-still-be-decade-away/147898274958207" target="_blank">10 years off</a>.</p><p>Setting aside societal issues such as consumer understanding and acceptance and liability, there are still a great number of technical hurdles to overcome. Driving on any road, particularly in a major city, presents AI with an arguably incalculable number of scenarios. How do you test and validate an AI to handle all of these situations? “You could spend years of testing and validation on public roads and not encounter every specific scenario that can happen in a vehicle’s life,” Kay Stepper, vice president of automated driving and driver assistance for Robert Bosch LLC, told <a href="https://www.designnews.com/automotive-0/here-s-why-level-5-autonomous-cars-may-still-be-decade-away/147898274958207" target="_blank"><em>Design News</em></a>.</p><p>What's more, even having AI in vehicles compounds the number of problems that can occur on the road. Researchers at the Swiss Federal Institute of Technology in Lausanne (EPFL), for example, have been examining <a href="https://www.designnews.com/electronics-test/how-can-engineers-stop-ai-going-rogue/54158381258137" target="_blank">safeguards</a> against autonomous car AI causing potentially fatal accidents because of misunderstandings and miscommunications.</p><p><small>[image source: Alphabet / Google] </small></p>

Ask anyone what the major benefit of autonomous or self-driving cars will be and safety will be the number one answer. Autonomous cars don't get road rage, they don't text while driving, and they don't pull crap like this:

Then again, they also ruin our fantasies of being able to do this:

The word from Google is that self-driving cars aren't yet completely foolproof. Writing on Medium, Chris Urmson, the director of Google's self-driving car program, revealed this week that Google's autonomous cars have been involved in "11 minor accidents" over the course of the six years the company has been testing the vehicles. That may not sound significant weighed against the thousands of accidents that occur all over the country on a daily basis but some critics are calling for more transparency on Google's part regarding the accidents. 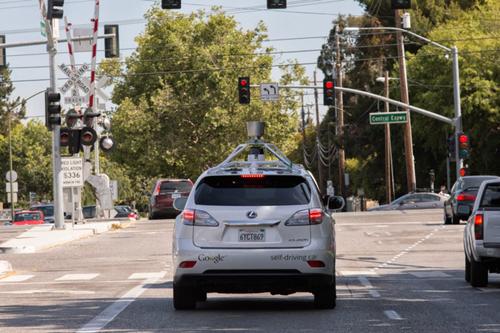 Urmson wrote that the accidents, which occurred during 1.7 million miles of autonomous and manual driving with Google's safety drivers behind the wheel, were only light damage with no injuries. He emphasized that "not once was the self-driving car the cause of the accident" and added that these crashes were out of Google's control such as rear end collisions or carelessness on another driver's part.

"Rear-end crashes are the most frequent accidents in America, and often there's little the driver in front can do to avoid getting hit; we've been hit from behind seven times, mainly at traffic lights but also on the freeway. We've also been side-swiped a couple of times and hit by a car rolling through a stop sign. And as you might expect, we see more accidents per mile driven on city streets than on freeways; we were hit 8 times in many fewer miles of city driving. All the crazy experiences we've had on the road have been really valuable for our project. We have a detailed review process and try to learn something from each incident, even if it hasn't been our fault."

Urmson also cites incidents in which Google's cars were actually able to avoid accidents by predicting the movements of other vehicles and cyclists. He points to three key factors that have to be considered to ensure the safety of autonomous cars:

1.) People don't watch the road (ie. texting or other distractions) -- Urmson said Google's cars are looking to overcome this using sensors that give the cars a 360-degree visibility and the ability to track pedestrians and other vehicles "out to a distance of nearly two football fields."

2.) Intersections - Google's cars are programmed to wait briefly at intersections after a light turns green to help avoid drivers speeding through lights, among other hazards.

3.) Turns - As Urmson wrote, "We see people turning onto, and then driving on, the wrong side of the road a lot - particularly at night, it's common for people to overshoot or undershoot the median."

What this adds up to is that human drivers make mistakes, are careless, and can even be outright jerks. "Even when our software and sensors can detect a sticky situation and take action earlier and faster than an alert human driver, sometimes we won't be able to overcome the realities of speed and distance; sometimes we'll get hit just waiting for a light to change," Urmson wrote.

Sounds like an argument to just get self-driving cars dominating the roads ASAP.

But it's not that simple. There are still a lot of technical and social challenges for autonomous vehicles to overcome. A 2014 study commissioned by Seapine Softare found that 88% of Americans wouldn't be comfortable as passengers in a driverless vehicle, with 79% reporting fear of bodily harm due to a software failure or glitch. These are real concerns echoed by experts like Michael Barr, CTO and co-founder of the Barr Group , who last year called for regulators and automakers to be more transparent and provide more oversight regarding the software that controls autonomous vehicles.

As far as the technical challenges, Urmson wrote that Google will "continue to drive thousands of miles so we can all better understand the all too common incidents that cause many of us to dislike day-to-day driving - and we'll continue to work hard on developing a self-driving car that can shoulder this burden for us."

The first consumer vehicles with some form of autonomy are expected to hit the market around 2020. A study by Navigant Research predicts that, starting in 2025, the global self-driving car market will explode and 95 million automonous cars will be sold 2035.

Correction: A previous version of this article said a study found the autonomous car market would be worth $95 million by 2035. That number should be 95 million autonmous cars sold by 2035.