Why Collaborative Robots Are Spiking in Sales 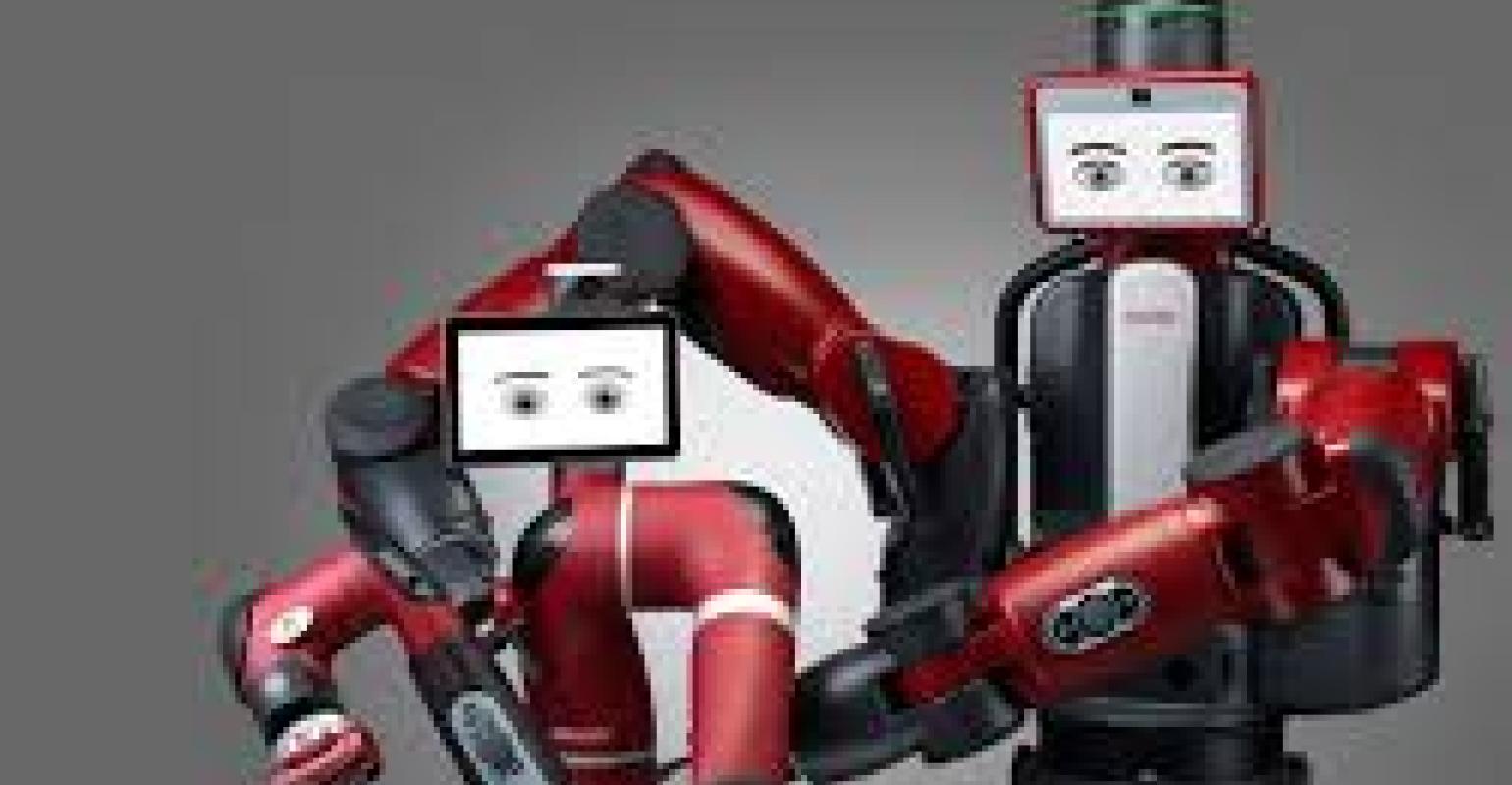 <p><strong>Rethink</strong> <strong>Robotics </strong></p><p>Arguably one of the most well-known names in collaborative robotics Rethink Robotics turned heads a few years ago with the release of its flagship product, Baxter (shown, right), a friendly looking robot targeted at automating monotonous or dangerous shop floor tasks. The company later added another robot, Sawyer (shown, left), to its product line. Both robots use force-sensing technology to maintain safety when working alongside human workers and both are run by the company's proprietary Intera software that allows the robots to be trained to tasks and not programmed. A skilled worker only needs to walk Baxter or Sawyer through a task (literally holding its hand the whole time) and the robot can learn to repeat it in real time.</p><p>Most recently Rethink is expanding its product offerings to a more specific arena – robotic grippers. The company's new <a href="https://www.designnews.com/automation-motion-control/grippers-take-center-stage-rethink-robotics/70907046556770" target="_blank">ClickSmart</a> toolkit uses smart sensing to allow the robot to adjust to a variety of delicate or broad handling tasks. The grippers feature rapid swapping capabilities and are designed to make cobot adoption easier for companies that aren't sure if Baxter or Sawyer can handle their specific automation tasks.<br><small>[Image source: Rethink Robotics]</small></p>
With labor costs increasing and robot costs declining, collaborative robots are becoming a popular alternative to human labor.

Robot sales in 2016 saw a 10% sales increase in North America, according to the Robotics Industries Association. That’s healthy growth during a time when GDP is bouncing around 1.9%. However, in the assembly territory, robot sales have increased a surprising 61% in just one year. Much of that growth is likely due to collaborative robots that are moving aggressively into assembly.

At the Pacific Design and Manufacturing conference in Anaheim, Calif. earlier this month, Matt Fitzgerald, VP of product experience at collaborative robot producer Rethink Robotics explained the popularity of these soft robots in his presentation, "The Reality of What's Possible with Collaborative Robots and What's Still in the Works in 2017." In the session, Fitzgerald pointed out the advantages of these machines that work side-by-side with human workers: “Collaborative robots are safe, easy to use, and fun. Examples include ABB’s YUMI, Rethink Robotics’ Baxter and Sawyer, KUKA Robotics’ LBR’s iiwa, and the UR5 from Universal Robotics.”

Part of the attraction of collaborative robots is the low cost. Consumer electronics have helped make collaborative robots affordable. “Consumer devices are driving down the costs of creating robots. Fifteen years ago, you needed a laptop, and now a smartphone is more useful than a laptop,” said Fitzgerald. “The same thing is happening with robots. You can use ARM chips and a Raspberry Pi, which are not expensive. The lower cost drives innovation.”

Another factor in the growth of collaborative robots is the increasing need for manufacturing labor in the face of coming retirements. “It’s difficult to find and keep skilled labor. When baby boomers retire, there will be a skills gap. The ability to find the skilled labor is a big factor in robotics,” said Fitzgerald. “Gartner says that in 2025, there will be two million skilled jobs that we won’t be able to fill. Collaborative robotics will help with that.”

Flexible, Small Footprint, and Easy to Set Up

For assembly and small manufacturing, shipping production to Asia is not practical. Yet even those with production offshore are seeking ways to bring production closer to their North American markets. “People want to build their products closer to home. They don’t want to have to go halfway around the world for their manufacturing and longer,” said Fitzgerald. Also, the newer robots require less space and less expertise. “Collaborative robots have a small footprint, and you don’t need a computer science degree to run the robot. You don’t need a specialist.”

The Vision and Gripping Accessories

Part of the flexibility of a collaborative robot comes with its accessories, from sensors to grippers. “What you have to think about is how the robot going to grip the product. And, does it have vision? It’s a matter of sensors and integration,” said Fitzgerald. “There are force sensors for applied pressure and machine vision sensors for the vision.”

Just as automotive has individual industries devoted to its various components, collaborative robot makers depend on outside companies to develop sensors and grippers. “One of the challenges is gripping. Our hands are great, and they work well with the mind,” said Fitzgerald. “For robotics, Robotiq makes great grippers, as does Festo. That’s a key skill, since there are often multiple tasks and you need multiple grippers.”

Some grippers have become so sensitive they can pick up delicate objects without doing damage. “You can now find gentle grippers that can let the robot pick up a tomato or a spikey fruit. You can redeploy robots fast, but you need a griping for each individual use,” said Fitzgerald. “There is a lot of opportunity for those creating robot gripping. It needs a lot of innovation. Whether it industrial or collaborative, you’re going to need gripping.”

Just as in complex automation systems, operators can build collaborative robot systems that talk to each other and call a human when things go wrong. “You can build in diagnostics into these robots. It can learn to determine if things are not moving correctly, and it will call for help,” said Fitzgerald. “You can also hook robots up and have them communicate to each other. Sawyer is a safe robot, but customers have to do their own risk assessment.”