What's the Future of the World's Costliest Fighter Jet? 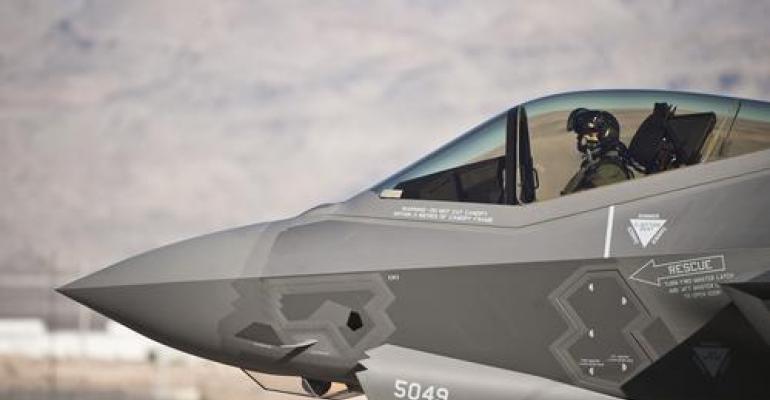 The F-35 Lightning II Joint Strike Fighter (JSF) is the most advanced military aircraft developed by the US. It is also the most expensive in history, with a lifecycle cost of $1 trillion.

The JSF is also years behind schedule and billions over budget. Critics maintain that the aircraft is over-engineered and say its procurement requirements have run amok.

Three versions of the JSF exist: conventional takeoff and landing for the Air Force; short takeoff and vertical landing (STOVL) for the Marines; and a carrier-based variant for the Navy.

With the fighter jet inching toward initial operating capability (IOC) in 2017, I asked Bill Sweetman, an editor at Aviation Week & Space Technology, to discuss its engineering advances but also setbacks. (Full disclosure: I periodically work as a contributing editor with Sweetman at AW&ST.)

In talking about the F-35's engineering pros and mishaps, Sweetman also reviewed the jet fighter's stealth technology and whether it will be a defense asset, as spec'd. 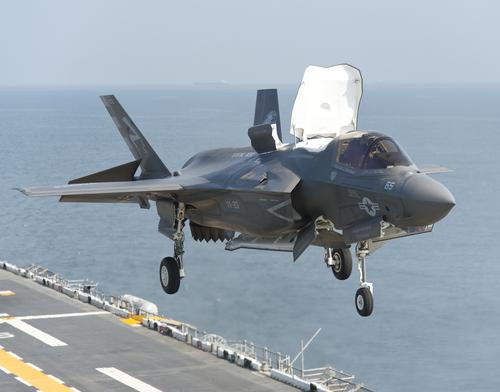 Design News: What are the best engineering features of the JSF?

Sweetman: The most ingenious feature is the STOVL propulsion system. It has drawbacks but functions better than any of the many approaches to the problem of creating a STOVL supersonic fighter that have been tested.

DN: What are the JSF's most problematic features?

Sweetman: The STOVL propulsion system is one. It's costly in money and performance and may be out of place on a large and complex aircraft that is not well suited to small ships or short runways, which STOVL was supposed to make possible.

The F-35 was also burdened in early development with features that technical communities liked, and they wound up on the program with promises that remain unfulfilled. The integrated secondary power system was supposed to replace several other systems (power generation, emergency and auxiliary power, cooling) but is complicated. The electrohydraulic flight controls don't appear to be lighter or more efficient than hydraulics and drive the use of 270 VDC power. Taking the head-up display out of the cockpit has been the root of many problems because it loads requirements on the helmet-mounted display.

DN: How could the F-35 have been engineered more effectively?

Sweetman: It's a big might-have-been, but if not for the perceived need for a STOVL version, the program would have been far easier to carry out. It would have eased constraints on the airplane's length and wingspan (which resulted in a comparatively short, broad body) and eliminated the need for a new engine, since two off-the-shelf GE F414s would have provided more power for less weight. The weight crisis of 2003-04 -- which snowballed into manufacturing problems that delayed development -- also centered on the STOVL. 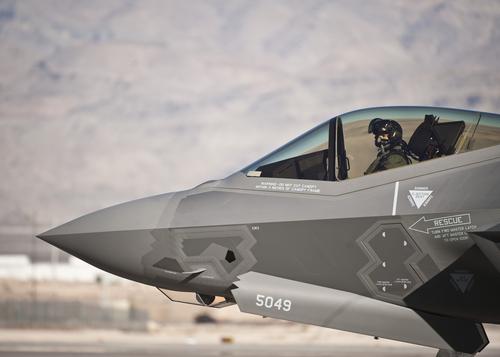 DN: How long should it have taken the F-35 to reach IOC?

Sweetman: It would have been in service by 2010 without STOVL.

DN: How effective are the F-35's stealth capabilities?

Sweetman: That's hard to answer definitively in the unclassified realm. A big problem is that the US committed, in the mid-1990s, to a set of stealth attributes (e.g., more radar reflectivity from certain aspect angles and at certain wavebands) for most of its combat force. To some extent, adversaries could determine those parameters when the first JSF drawings were released. So, by the time the jet is in full service, they have had 25 years to respond.

There are two threats to stealth: a new class of very large early warning radars with active, electronically scanned arrays, working in the lower radar bands down to VHF; and infrared search-and-track systems that render the main element of stealth -- radar cross-section reduction -- moot. It seems that emerging post-JSF programs, such as the new Air Force bomber and various unmanned combat aerial vehicles, use broadband/all-aspect stealth technology -- that's why they incorporate flying-wing shapes.

DN: How will the F-35 compare with advanced fighters from Russia and China?

Sweetman: That's a difficult comparison because Russia's T-50 and China's J-20 are, in my opinion, designed to be complemented by non-stealth designs. They are bigger than the JSF and intended to be spearheads against specific targets. They are also the first operational stealth aircraft in those countries. In their design missions (air combat and defense suppression for the T-50; and attack against high-value air assets for the J-20), they are potentially better than the F-35, but that is mostly because the F-35's size and performance are constrained by other things it was designed to do (including STOVL).

DN: Will the aircraft be effective in its roles?

Sweetman: The F-35 replaces aircraft used for air defense; counter-air operations (engaging enemy aircraft over their territory); deep strikes against strategic targets; close-air support (CAS); and reconnaissance. It's designed for most of these, but in some missions (CAS and air defense), it will, at best, be equal to the aircraft it replaces.

DN: What has the Pentagon learned from the F-35 that could affect defense aircraft development?

Sweetman: I don't think they'll launch a one-size-fits-all combat aircraft again. The Air Force, in its bomber and TX trainer programs, needs to avoid the assumption that costs can be controlled by diktat or policy.