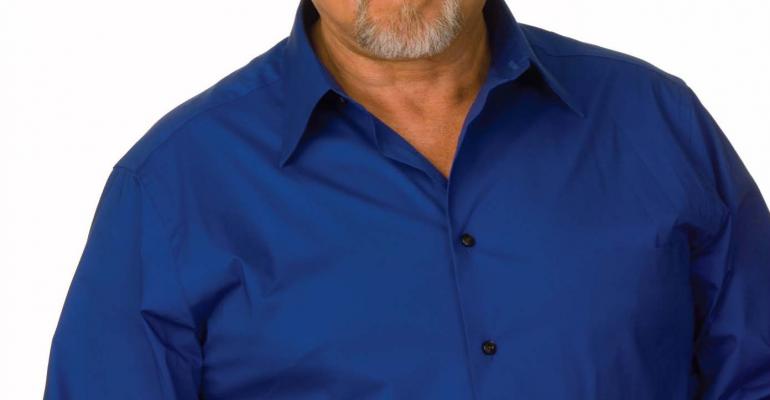 Industry advocate and actor says US needs to understand that manufacturing is an honorable and profitable profession.

America as a country has lost its respect for manufacturing, and it needs to rekindle that respect in order to survive, industry advocate and actor John Ratzenberger will tell attendees at the upcoming Advanced Design & Manufacturing Expo in Cleveland.

“We have to start sowing the seeds now for future generations who will look kindly on manufacturing,” Ratzenberger told Design News. “We have to spread the word among parents, media, guidance counselors, and teachers that manufacturing is a very honorable and profitable profession.”

Ratzenberger, best known for his portrayal of Cliff the mailman on the 1980s sitcom Cheers and for his hosting of the Made in America documentary TV show, is concerned that too many schools fail to teach shop classes and hands-on trade skills. The result, he says, is that hundreds of thousands of high-paying manufacturing jobs in the US go unclaimed every year, largely because today’s US high school grads don’t know how to use tools.

“The opportunity is out there,” he said. “But there just aren’t enough skilled people to fill the jobs.”

As a result of his work on Made in America, Ratzenberger said he often hears from frustrated manufacturers who can’t find skilled trade workers. He cited an example of an executive he met in a New York airport who was flying to Argentina to recruit welders. “You’d think with Connecticut, New York, and New Jersey nearby, he could find trained welders,” Ratzenberger told us. “But that’s how bad it has gotten. This guy had to go to Argentina to find them.”

Indeed, a mountain of research supports Ratzenberger’s position. A 2015 study by Deloitte Consulting LLP, for example, reported that as many as 600,000 US manufacturing jobs have gone unfilled in recent years, and warned that the number could climb as high as two million in the coming decade. The study also showed that 82% of US manufacturers have shortages of qualified manufacturing workers.

Similarly, ITR Economics said in 2015 that there is a 10.7% year-over-year increase in job openings in the manufacturing sector, but added that many of those jobs go unfilled.

Ratzenberger contends that the inability to fill such jobs is an extremely serious problem. The competitiveness of a nation’s manufacturing sector is a predictor of its economic prosperity, he said. “If we don’t start reinstating shop classes in the schools, the fate of Western civilization could be at stake,” he told us.

Ratzenberger’s immersion in the manufacturing world actually occurred long before his tenure on Made in America. He grew up in Bridgeport, CT, a city once widely known as the industrial hub of the Northeast. His father drove a gasoline tanker, his mother worked in a factory, and his uncles were builders of the legendary Bridgeport milling machines. “Everyone around me had enormous pride in what they did,” he said. “Conversations around the Thanksgiving table were about manufacturing tolerances.”

Unfortunately, that kind of pride has been lost on a younger generation of Americans, he added. Many secondary schools began dropping shop classes 30 years ago. Moreover, a new generation of teachers and administrators, raised without exposure to the skilled trades, have little understanding or appreciation of them, he said.

He rejects the growing belief, expressed by high-tech leaders such as Elon Musk and Mark Zuckerberg, that a universal basic income will soon be needed because so many Americans will lose manufacturing jobs to robots and automation. The sheer number of unfilled manufacturing jobs suggests that such predictions are wrong, he argued. “Manufacturing is not being taken over by robots,” he said. “It’s plainly not true.”

To address the worker shortfall, the industrial sector needs to change public perceptions, he said. Today, most parents steer children away from manufacturing, believing that factories are dark, dirty, and a dead end for workers. The myth continues, Ratzenberger said, even when two-year manufacturing technology grads come out with almost no debt, earning more than $50,000 a year at age 20.

“People need to understand that it’s okay if your child wants to be a skilled manufacturing person,” he told us.

The first step in solving the problem is to convince secondary schools to reinstate shop and vocational classes, he said. The second is to convince the American public to see trade schools as a viable and profitable alternative to college. “We have to undo the myth that college is the be-all and end-all,” he said.

But the problem can’t be solved if American high school grads don’t know how to use tools and make simple measurements, Ratzenberger said. “American manufacturing depends on people who know how to shave a piece of metal down to one ten-thousandth of an inch,” he told us. “It’s that simple.”