Want to Live in a Wind Turbine? 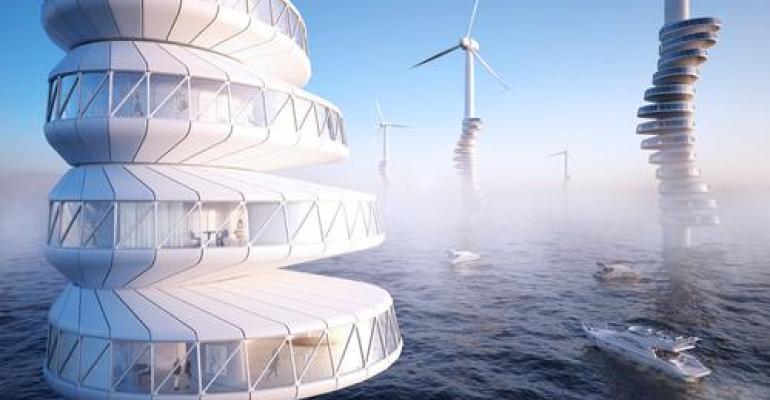 Ever look at the base structure of wind turbines and think it would be a cool place to live? Probably not, but a German designer from Dusseldorf has, and developed a concept to use that space to build apartments sustained by electricity generated by the turbines themselves.

A project from sculptural and architectural designer Goetz Schrader called Wind Pecker imagines pod-like living structures surrounded by windows built into the large base structures of wind turbines. Schrader submitted the project to Design Boom as part of its DIY submissions feature.

These structures envisioned by Schrader in theory can be built in turbines either in large farms in rural areas or even offshore, where boats could shuttle residents to and from their homes. To access the apartments -- which are stacked atop one another like organized Jenga pieces -- inhabitants would use elevators in the turbine's center shaft.

Click on the photo to see some of Schrader's visions for the wind turbine apartment parks of the future. 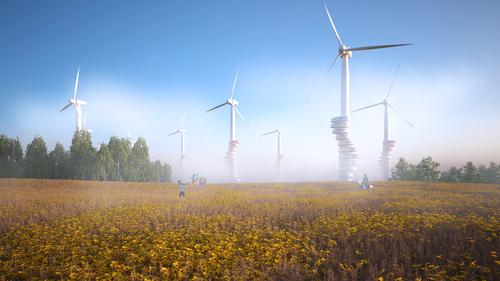 While these apartments are a mere concept for now, Schrader's vision is an interesting way to utilize the space in the base of wind turbines while also creating new housing options that are independent from the power grid. With turbines being used in cities, these also could provide a model for new urban living structures that provide alternative sources of energy.

However, anyone who's ever stood under a massive wind turbine knows the amount of noise it can make, so any design would have to factor this in. Furthermore, since turbines are still more often than not located in isolated farms away from commercial areas or cities, Schrader also might want to consider building a "service turbine" with pods that provide common services and shops people in the surrounding area might need.