Walmart Partners with Reshoring Initiative as Made in USA Gets Real 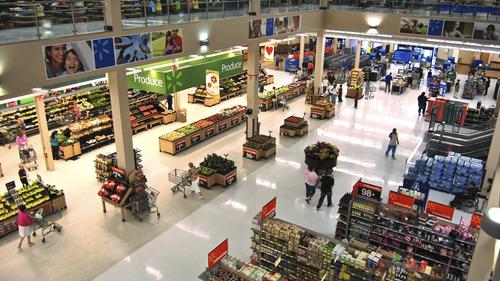 In 2013, Walmart announced a program to buy $250 billion of US goods over ten years, but the initiative gained momentum with the second Made in USA Open Call by the world's biggest retailer on July 7-8 in Bentonville, Ark. The event was a repeat effort to increase the amount of US-made products the company sells at its Walmart stores, at Sam's Club members-only wholesale outlets, and on Walmart.com. The company has created a US manufacturing website specifically designed to help its suppliers make the shift to US production.

The partnership with the Reshoring Initiative is designed to support Walmart's suppliers as they revamp their production to the US. The nonprofit has created a collection of resources that Walmart suppliers can use as they shift to domestic production.

With Walmart committed to a decade-long effort, the Reshoring Initiative calculates the overall impact of the retailer's program will be the addition of 300,000 manufacturing jobs in the US. "The most manufacturing jobs anyone else -- such as GM or GE -- could bring back is about 10,000 jobs," Harry Moser, founder and president of the Reshoring Initiative, told Design News.

It's All in the Timing

Moser noted that Walmart's shift to US goods was not possible until recently. The company has depended on low-priced goods to become a global retailing power. But times have changed, and now seems to be a moment when it makes financial and marketing sense to bring production home. "If they had tried this ten years ago, when China's wages were a third of what they are now, the program wouldn't have worked," said Moser. "Now, Chinese wages are up, [US] natural gas and energy prices are the best in the world, and customers are showing they prefer Made-in-USA products. There's real evidence of it."

MORE FROM DESIGN NEWS: More Must Be Done to Overcome the Challenges of Reshoring

The timing may be right for Walmart's suppliers, as well. When wages were extremely low in China, producers overlooked the downsides of outsourcing. That's changed. "Companies have come to recognize there are all kinds of costs and risks that they've been ignoring because the wages were so low in China," said Moser. "That includes issues of quality. Now suppliers are saying, 'Maybe my manufacturing costs will be higher, but my quality and customer satisfaction are going to be higher, too.'"

Fifteen years ago, when the mass exodus to China gained steam, industry observers noted that producers were selling off their US factories. If manufacturing in China didn't work out, they wouldn't have facilities to bring their production home to. "If you look at the comeback in manufacturing, it's almost always to new facilities," said Moser. "The old facilities were not efficient or lean or automated enough; the plant has to be as automated as possible."

He also noted that the location of choice for reshored production is in "right-to-work" states. "It's almost always in the Southeast or Texas. They almost never build greenfield facilities in the unionized North," said Moser. "The only exception would be automotive. The automakers are bringing some manufacturing back to the old facilities."