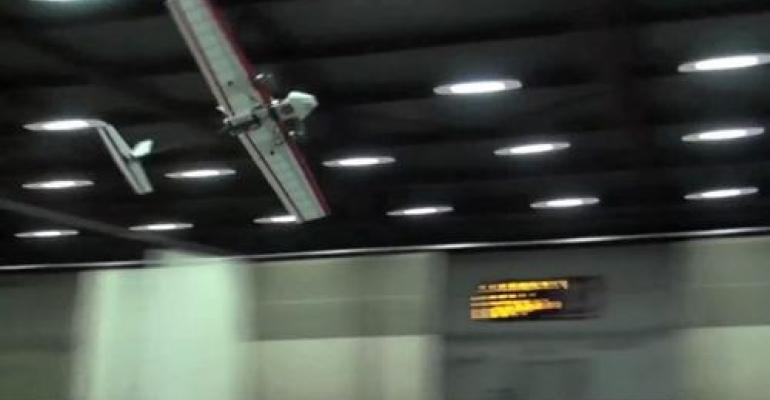 Researchers at MIT have successfully flown an autonomous, robotic plane in a confined space and around obstacles without the use of GPS. The flight by the MIT Robust Robotics Group paves the way for the development of aircraft that can fly without pilots, even in remote areas where GPS may not be available.

MIT's Robust Robotics Group flew a fixed-wing vehicle around the parking garage under a university building, navigating pillars safely, with only the use of onboard sensors to direct the path of the plane, according to the university. 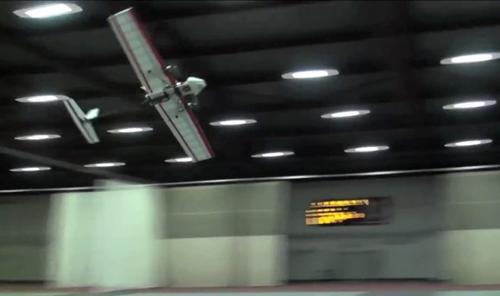 The flight was achieved through the use of custom algorithms the team developed to determine trajectory and state, or the location, physical orientation, velocity, and acceleration of the aircraft.

The plane, which MIT researchers designed and built from the ground up, also had an accurate digital map of its environment to help it safely avoid obstacles. However, it had to determine in real time its location on the map and where it had to go during the flight, researchers said, using the algorithms to interpret data from laser rangefinder and inertial sensors such as accelerometers and gyroscopes carried onboard.

MIT's work is similar to research being done at the Defense Research Projects Agency to design a new miniature atomic sensor system for missiles that would eliminate GPS dependence for navigation. And new research in unmanned aerial vehicles (UAVs) is always a subject of interest for the military, which makes broad use of unmanned crafts. The Air Force and NASA, for example, have been testing a new lightweight unmanned plane to explore innovations in both supersonic and subsonic flight and wing stability.

MIT's specific work was born out of plans to create control algorithms for autonomous helicopters, which researchers eventually abandoned because "the fixed-wing vehicle is a more complicated and interesting problem, but also that it has a much longer flight time," said Nick Roy, an associate professor of aeronautics and astronautics and head of the Robust Robotics Group, in a press release. "The helicopter is working very hard just to keep itself in the air, and we wanted to be able to fly longer distances for longer periods of time."

MIT graduate student Adam Bry worked with AeroAstro professor Mark Drela to design the body of the plane, which has shorter and broader wings than a normal aircraft. This modified design allows the plane to fly at low speeds and make tight turns, which was necessary to avoid obstacles, according to researchers. It also made the plane stable enough under a fair amount of weight so it could carry the electronic sensors running the flight's control algorithms.

The next step for MIT researchers will be to develop algorithms that will let the plane sense its environment and design a map of it on the fly, precluding the need for a preloaded outline of the flight environment, according to the university.