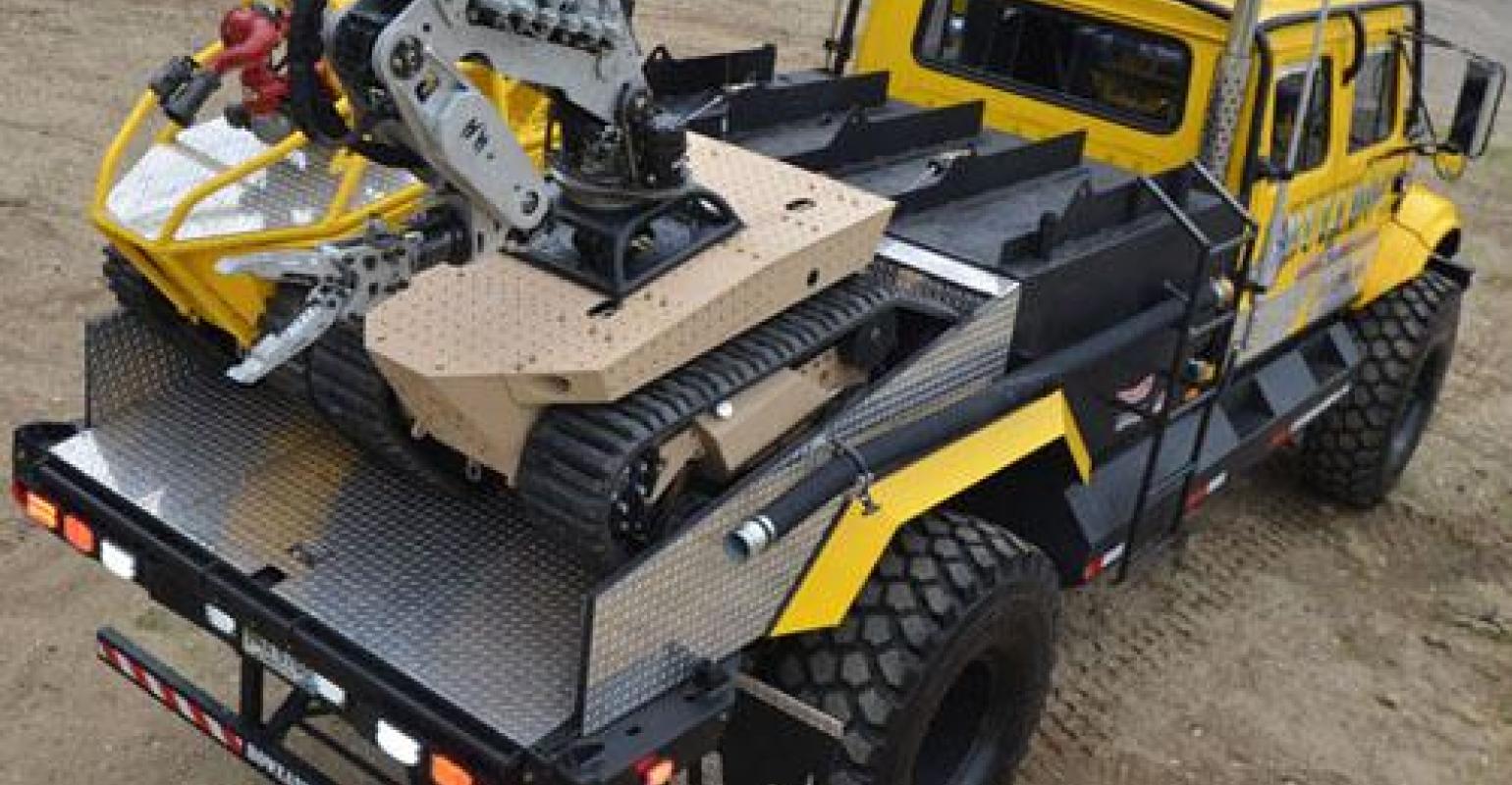 Video: Robotic Firefighter of the Future

Traditionally, it's been hard to eliminate the human factor from firefighting. But recent innovations like the design of a tank-like all-terrain truck, which delivers mini robots that can be controlled from a safe distance to spray water on fires, could soon change all that. Howe and Howe Technologies, based in Maine, has designed Bulldog RS-1, a monster of a truck with rugged traveling capabilities that delivers smaller robotic trucks that will put themselves in harm's way to fight fires and respond to other disasters.

The Bulldog RS-1 isn't your typical brave and handsome firefighter going fearlessly into a blaze. The truck is more a gigantic Tonka toy -- built on International 6500 4x4 standards and featuring 54-inch tires -- running over anything in its way to get to the scene of a fire or other emergency situation that requires its assistance. 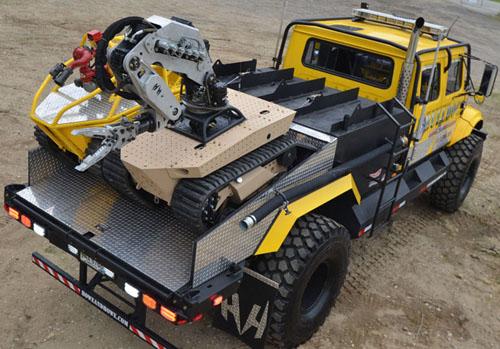 Once there, it deploys smaller and varied versions of itself -- mini-me Bulldogs, if you will -- down a ramp from the back of the truck to do more of the dangerous work, potentially saving the risk firefighters take to go into a blaze themselves. Specifically, the Bulldog's passengers are other Howe-and-Howe developed robots like Thermite and Guardian, both designed by the company to provide emergency response.

Thermite can deliver up to 600 gallons-per-minute of water to douse a fire, with remote-control capability from up to a quarter mile away, giving the controller a safe distance from a fire. Guardian, meanwhile, has a robotic arm that can connect to the Bulldog RS1's hydraulic system to perform tasks like moving rubble or other debris from a disaster site.

The Bulldog can also carry onboard other robots designed by Howe and Howe, including the Eagle Eye remote-control camera capable of thermal imaging and night vision, and the Terra Max, which also can remove obstructions from its path and clear the way for disaster-response activities.

It's no surprise the Bulldog RS1 -- dubbed the "firefighter of the future" by the company -- is such a rockstar. Howe and Howe co-founders and twin brothers Michael and Geoffrey Howe are minor celebrities in their own right, starring in a Discovery channel program called Black Ops Brothers. The program showcases the innovative machines the twins design, including a robotic remote-controlled sniper turret and the unmanned RipTide amphibious fighting vehicle.

In terms of firefighting robots, the Howe brothers do indeed appear to be on to something, as robots seem to be the way forward for firefighting to cut back on or even eliminate human danger. Maybe in addition to Howe and Howe robots, the Bulldog RS-1 will find itself with another passenger someday -- a humanoid firefighting robot called the SAFFiR (Shipboard Autonomous Firefighting Robot) designed by researchers at the RoMeLa labs at Virginia Tech to fight fires on ships.