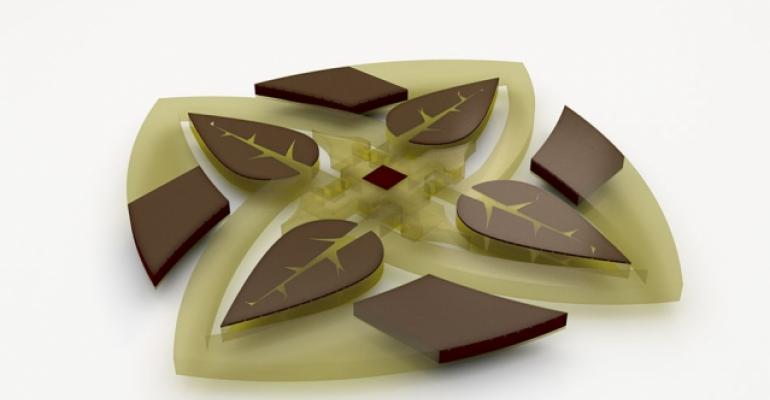 An MIT team has developed a system to design and 3D-print complex, multifunctional robotic actuators based on numerous specifications

Researchers at MIT have developed an automated system to design and 3D-print complex, custom robotic actuators according to numerous specifications that are currently very difficult or nearly impossible for people to do by hand.

The system paves the way for automated design and manufacturing of complex parts in a new way; that is, using broad techniques not tied to specific designs, said Subramanian Sundaram, a former graduate student in the Computer Science and Artificial Intelligence Laboratory (CSAIL) at MIT who worked on the research.

“Our specific demonstration is an actuator with 5.5 million variables, that would be otherwise hard to design by hand or fabricate,” he explained to Design News. “Conceptually, this allows us into design spaces that are traditionally hard to navigate and simultaneously enables us to fabricate such designs effortlessly due to freedom in new additive manufacturing processes.”

Using their system, researchers fabricated a number of actuators that show various black-and-white images at different angles, including one that portrays a Vincent van Gogh portrait when laid flat, However, when it’s tilted at an angle and activated, the same actuator portrays the famous Edvard Munch painting “The Scream.”

The researchers also 3D-printed floating water lilies with petals equipped with arrays of actuators and hinges that fold up in response to magnetic fields run through conductive fluids.

“Our demonstration was inspired by the complexity of natural actuators--like the camouflage system in cuttlefish where appearance and displacements are used simultaneously,” Sundaram told us. “Such multifunctional actuators are still hard to achieve today but are needed in applications across robotics.”

Researchers used a patchwork of three different materials to create the actuators, each with a different light or dark color as well as a characteristic—such as flexibility and magnetization--that controls the actuator’s angle in response to a control signal.

The system works using software called a multi-objective topology optimizer that first breaks down the actuator design into millions of 3D pixels, or “voxels,” that can each be filled with any of the materials. Then, it runs millions of simulations, filling different voxels with different materials, Sandaram explained. Eventually, it lands on the optimal placement of each material in each voxel to generate two different images at two different angles.

“The optimizer's job is to navigate the space of possible designs and present a solution where different materials are assigned to different parts of structure such that the final design satisfies our requirements,” he told Design News. “We use an approach that is based on simulated annealing where we iteratively tweak designs millions of times to reach an optimal solution.”

The aspect of the system is a custom built 3D-printing platform that takes the output of the optimizer and directly fabricates it, Sandaram told us.

“This printer, building on our previous work, is equipped with three materials one of which responds to magnetic fields,” he told Design News. “Ultimately, combining these two parts together--i.e., the topology optimizer with a multimaterial 3D printer--is the core of our work.”

Scaling Up and Other Applications

Sandaram said there are many directions the team’s work can take in the future. One is as a stepping stone for designing larger structures, such as airplane wings, which some researchers already have started breaking down into voxel-like blocks to optimize their designs for weight, lift, and other metrics, he said.

Another aspect of the work that can inform the future of multi-material fabrication is the evaluation of “different combinations of materials that emerge and how they achieve optimal material properties for any specific application,” Sandaram told Design News.

“More broadly, I believe that the importance of tying together topology optimization that can tackle multiple objectives, with new additive-manufacturing methods that are capable of handling multiple diverse materials, will become evident fairly soon,” he told us. “I think this provides access to new designs that can be fabricated, quite generally.”