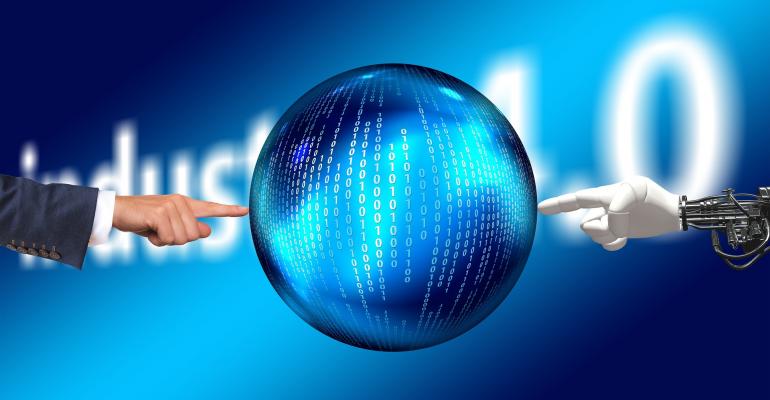 A survey revealed that a major gap in confidence exists between the number of companies globally that try digital manufacturing strategies and those that succeed in applying them.

Since the advent of the Industrial Internet of Things (IIoT) and Industry 4.0, the manufacturing world has been carefully monitoring their adoption. Initial rollouts, small to large, served as proving grounds, allowing other companies to decide if they should adopt manufacturing technologies including automation, data exchange, cyber-physical systems, IoT, cloud computing, and cognitive computing. To monitor trends in adoption, McKinsey & Co. has been doing an annual survey focused on the aforementioned technologies. This year, the firm’s finding was a bit unusual, in that McKinsey concluded that everyone in manufacturing is leading the adoption of digital manufacturing.

"This space of industrial IoT/Industry 4.0/digital manufacturing is one that we’ve been monitoring pretty closely for the last four years or so,” Richard Kelly, partner at McKinsey & Company, told Design News. “What we’ve seen in that time period is a shift from three or four years ago, with the concepts being pretty new. Everyone was a little uncertain as to: Is this hype or is there some reality here, and where does the value come from? I think where we’ve moved to now, if I speak generally, is that most companies are doing something in this space.”

Kelly continued, “Most of the clients we speak to have some kind of effort aligned with these disruptive technologies and the manufacturing value chain. I think the question has shifted from which technologies they value more to: How do we capture the maximum amount of value? How do we structure these approaches? How do we move to scale? And different countries are accelerating at different paces, but I think we’re seeing a fairly global trend right now in levels of adoption and also in commonality and challenges.”

According to respondents to the McKinsey survey, 92 percent of companies in seven countries think they lead or are on par with their competition. Two-thirds of the companies surveyed rank digitizing the production value chain as a top priority, with companies piloting an average of eight different Industry 4.0 solutions. While solutions spanning connectivity, intelligence, and flexible automation resonated across business sectors, however, pilots underway in those areas trailed that sentiment by 16 to 19 points. After an all-time high in optimism toward digital manufacturing in 2017, that sentiment saw a correction in Germany, the U.S., Japan and China.

Delving into this survey finding, Kelly told us, “We’ve seen probably more of a plateau in Germany and the US; certainly it’s dropped back a little bit. Japan has perhaps been down a bit more, while there’s been a kickup in India and China. Speaking to the Germany-US part of that, first—as people have gotten further down the road—they’ve encountered some of the challenges that we highlight in the paper. They recognize that while the opportunity is there, it’s certainly quite challenging in some cases to capture. And it requires organizational discipline. To some degree, there’s some cultural change that goes with this in addition to technology implementation. Those have been some of the main drivers of the plateauing of enthusiasm. We haven’t seen anybody, if you will, take their foot of the gas of pursuing these opportunities. I think it’s more, perhaps, recognition of the effort required and to some degree the effort it will take to get there.”

Kelly continued, “The dropoff in Japan has been interesting; we’ve always seen the Japanese market being slightly less optimistic. I don’t think in any way that’s related to the technological advancement and capability that exists in Japan. It’s perhaps some of the greater challenges in terms of large-scale Japanese organizations. Some of the culture there is to be focused on how they work across different areas of the functions and the company to maximize the value. Certainly, there are a number of Japanese firms that have the technology here.”

When asked about the rest of the world and what trends are most evident, Kelly said, “I think we have seen a big acceleration in some of the more emerging countries like India and China. To some degree, this has been driven by increased government focus, if you think of the China 2025 plan and the big push they’ve had there probably coupled with a larger number of greenfield sites. You can apply digital manufacturing or Industry 4.0 pretty much into every site. Greenfield sites have the slight advantage that you don’t have to think as much about how to wire this into legacy systems, legacy equipment. So I believe there is a slight correlation there with the greenfield opportunities in those markets and perhaps the overall emphasis. But broadly speaking, we’re seeing companies in every geography and in every sector making progress here. As we refer to in the paper, we’d also say that many of them are still feeling the challenge of how to move from successful proofs of concept into at-scale impact.”

When asked about the biggest challenges remaining to adoption and whether they varied by region or culture, Kelly responded, “I think there’s a little bit of regional variation based on culture, but actually we’re seeing a lot of similarity across regions. I think they fall into three main areas. There certainly are technological challenges, but we would say those are not the greatest right now. I think for most of these technologies, the proof of concepts have been demonstrated. So while there are definitely technology integration challenges—how do I take, for example, augmented reality and smart glasses and think about how to integrate them into my existing workplace and system? How do I take some new forms of IoT platforms for sharing data across functions and organization and how do I wire those back in? Those are more of the technology platforms; it’s more the underlying—what we would call IT/OT operational technology architecture—challenges as opposed to specific disruptive technologies. So that’s challenge number one, more on the technology side.”

“Challenge number two is probably around actually structuring the approach roadmap to optimize value,” he continued. “One of the things we found was done by companies that have been more successful is to really approach this from the C-suite level and see this as an organizational transformation and opportunity to raise the level of competitiveness—not only in terms of productivity, but also time to market and new levels of customer service. They’ve linked it more up to their corporate strategy—if you will, the business unit strategy—rather than just seeing it as a new technology to inject to raise product opportunity. So there’s an area there which is around how do we organize ourselves to capture this. One of the things we always like to see as a good indicator of trajectory is a clear link to business strategy, a clear roadmap of which use cases to pursue, and then a link of that into a business case where the value will come from. That would be my second bucket.”

Kelly concluded, “And then third, I think there is a cultural and a ‘way of working’ piece. One of the things we talk about quite a lot here is becoming more agile. How do you get to minimum viable products for some applications to help maintain us on the shop floor, for example? How do you work in a much more agile, faster way to develop those solutions and deploy them and test them and refine them? Often, this is different from how existing technology organizations and large corporations have worked historically. We often talk about how you almost need a two-speed IT department: one that will carry on doing what IT has always done in terms of supporting large systems—providing that level of service—and then you need another more agile, dynamic group that is much more focused on testing new solutions, working with new emerging partners, refining those MVPs, and scaling them up more broadly.”

The survey consisted of 700 companies in seven nations. Each had at least 50 employees and $10 million in annual revenue. It found that two-thirds rank digitizing the production value chain as a top priority. The companies that responded are piloting an average of eight different Industry 4.0 solutions. India leads with 10.6 digital pilots, while China had 10.2 and Brazil had 8.9. The U.S. was fourth at 8.5.

Across business sectors, connectivity, intelligence, and flexible automation solutions resonated. When comparing pilot programs in those three areas with those that made it to scale, only 30 percent rolled out companywide. Industrial automation, software, and semiconductors fared best. Healthcare, automotive components, and paper and packaging trailed.

In summary, Kelly told us: “If you think about the prior wave of operation improvement in manufacturing sectors, a lot of that was driven through things like lean and six sigma. And part of the application of that was to say, ‘Okay, we’ve seen companies—for example, Toyota—do this successfully. How do we copy that? How do we replicate that? In the world of Industry 4.0, I think everyone is still on the journey, so there isn’t necessarily that mature reference model to say, ‘Okay, let me learn how Company X did this and just try to copy/adapt and place it into my own business.’”

Nancy Friedrich is Editor-in-Chief and Content Director of Design News. With a 20-year background in covering the electronic and mechanical engineering segments, Nancy has expertise across many areas. At Design News, she focuses on wireless and related areas.