Festo has been working on technology to use superconductors for contactless motion control for the last three years. But now its SupraMotion technology has reached the point where, even though it hasn’t been commercialized yet, there is a move to demonstrate how it can be applied to real-world applications.

“SupraMotion technology provides a solution for contactless motion control and means that users have a high degree of controllability, but there is also no ‘wear and tear’ in terms of precision and service life,” Nuzha Yakoob, senior product manager - electric automation, for Festo, told Design News. “From a mechanical standpoint, because there are no points of contact, it provides superior performance. With micro-plates, for example, the distances between individual cells are very small and inaccuracies introduced through friction, guiding, or bearings can be eliminated.”

At the recent 2016 Hannover Fair, Festo presented three applications that demonstrate potential uses of superconductors in industrial applications. Unique capabilities include a hovering motion that can be achieved using little energy, even through walls or media. Three applications feature electrically regulated coolers using external electronics to provide cooling temperatures that can be exactly specified with the regulating system.

The SupraMotion demos show an ability to implement transporting slide glides over an expanse of water without touching it. The system uses a hovering gripper to hold a rod, and let it go again, using a round magnetic disc that glides through a tube filled with liquid. 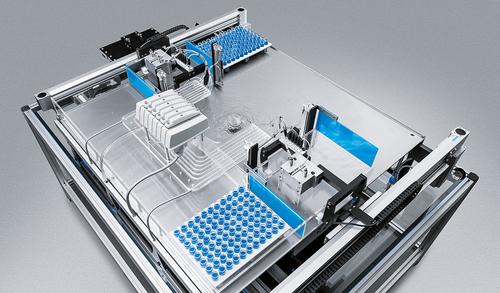 SupraJunction demonstrates an ability to transfer products on a horizontal plane using support plates hovering above the superconductors.

SupraJunction demonstrates a unique ability to transfer objects on a horizontal plane. Hovering object carriers will transport small glass containers on a circuit across a pool of water. They are transferred from one superconductor element (cooling container with superconductors) on a transport system to the next element on another system. During the contactless transfer process, an electromagnet pulls the plate onto the next cryostat (cooling container) in the working direction of the magnetic rails. 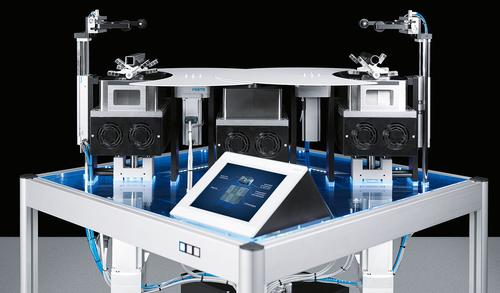 A SupraGripper application shows holding and transporting objects using two hovering grippers. Each has three fingers that hover freely above two crescent-shaped plates. To grip an object, electric coils on top of the cryostats give off an electrical impulse to release the saved connection to the magnetic gripper element. This impulse makes the individual finger elements turn up or down, which in turn causes the grippers to open or close. 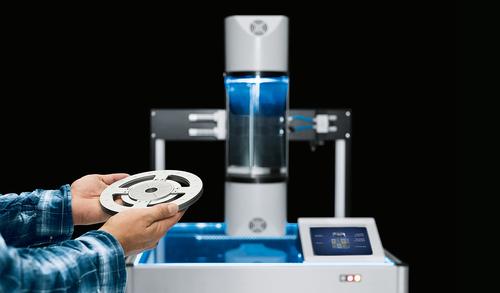 SupraTube shows how the movement of an object in a tube filled with a liquid media can be controlled from outside and executed without contact.

The SupraTube project shows how the movement of an object in a tube filled with liquid media can be controlled from outside, and executed without contact.

SupraMotion technology provides advantages in the areas of long service life, along with precision and smoothness of operation. By demonstrating gripping capabilities, Festo is highlighting features that could be used in applications such as the movement of glass, handling of both small and large parts, precise alignment of glass panels, and similar designs. The SupraTube technology offers a potential solution for handling hazardous substances and chemicals where users want to be able to seal and transport a product without it coming in contact with the container.

“SupraMotion technology provides contactless, electromagnetic control using magnetic fields to provide high precision motion,” Yakoob said. “Guides and rails can introduce inaccuracies into systems so, in some respects, it is comparable to an air bearing even though in this case an air gap is produced by magnetic fields.”