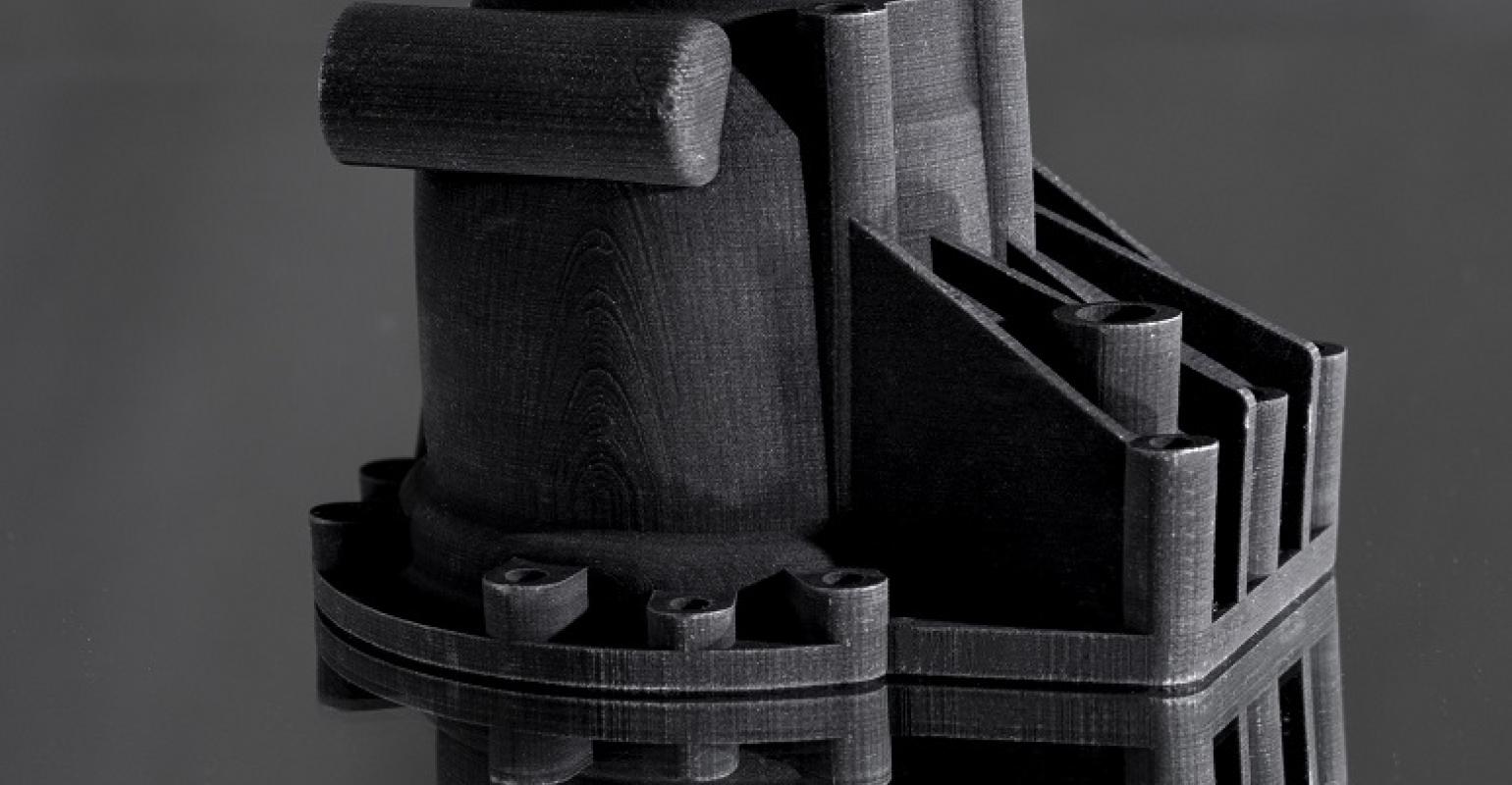 According to Stratasys, STEP, which has been under development by Stratasys since 2009, is 50 times faster than other polymer 3D printing processes and achieves more directional strength in the print.

Last month, additive manufacturing company Stratasys announced that it was taking research into a lesser-known 3D printing technology called Selective Toner Electrophotographic Process technology, or STEP, and creating a spinoff called Evolve Additive Solutions. According to Stratasys, STEP, which has been under development by Stratasys since 2009, is 50 times faster than other polymer 3D printing processes and achieves more directional strength in the print—particularly in the Z-axis. The result is a high-volume production process that can use a wide range of thermoplastics at speeds comparable to conventional manufacturing processes, but with all the advantages of 3D printing.

For a deeper understanding of STEP, it helps to look inside a laser printer. The process combines 2D imaging technology with proprietary processes developed by Evolve to align incoming layers and bond them to create final parts that are fully dense and have the isotropic properties of injection molding. From the start, this makes the end result superior to other 3D printing processes, according to Bruce Bradshaw, Chief Business and Marketing Officer for Evolve Additive.

“God bless carbon [fiber reinforced polymer], but photopolymers aren’t real engineering-grade thermoplastics,” he told Design News. “When I manufacture in the conventional world, I want to use ABS [acrylonitrile butadiene styrene], not an ‘ABS-like thing.’ I want to use the same materials I can use in injection molding.”

The process has three components: the imaging section, the align section, and the bonding section. The imaging is an electrophotographic process, like with a laser printer that uses a photoreceptor, a light source, and electrostatic principles. The image (or the design, in this case) is transferred to a belt with an electric charge. The belt then carries the image “downstairs” to the bottom half of the unit, where a plate moves back and forth to build the part.

For the bonding area of the process, instead of laying down toner on paper, the process lays down thermoplastic. More precisely, it can lay down a 24 by 13-inch layer every four and a half seconds.

“Lasers use toner for printing on paper,” said Bradshaw. “We’re using toner that’s actually a thermoplastic. Truth be told, what gets put down on paper in the 2D world is actually plastic… just not engineering-grade plastic. In STEP, the magic part is aligning the incoming layer and the build plate from a registration standpoint.”

The third process is the bond or transfuse. Heat is applied to the incoming layer and to the top of the part, so they match when they meet the “nip,” a roller that meets the incoming image. Once the image is out the other side of the nip, it’s cooled.

“That’s a 25 micron layer,” Bradshaw told Design News. “We’re heating, we’re applying pressure, and we’re cooling, just like injection molding. In theory, we’re injection molding every single layer. If we don’t cool to the right temperature, things would turn to goo. It still needs to have some heat about 300 microns down so it can form the X, Y, and Z axes.”

While the process uses ABS, a charge agent is added for the electro-static process, and carbon black is added to absorb heat. At launch, Evolve Additive plans to have three materials available. Bradshaw noted that while the process is being designed for thermoplastics, it could (in theory) be capable of metal printing as well.

Injection Molding without the Mold

The appeal of STEP technology is that it delivers results like injection molding without the expense of molds for smaller production runs. The ideal volume for STEP is between 5,000 and 20,000 production runs. While other additive manufacturing processes are destined for prototyping or very small print runs, Evolve Additive wants this technology to be used on the manufacturing floor to sit beside the injection molding and CNC machines.

When it comes to improving on other AM techniques like fused deposition modeling (FDM), STEP is different. Unlike FDM, parts printed with STEP can achieve a fully dense, isotropic strength, according to Evolve Additive. Secondly, STEP saves on the finishing process after printing.

“It’s water-soluble,” said Bradshaw. “You put it into an agitation tank that removes the support materials. In the future, we’re going to automate this process. Our next version of the machine will have a track-based system with trays that move in a circle. Instead of having one tray, we’ll have six trays, which will increase the build speed from four and a half seconds per layer to one or two seconds per layer. You’ll also be able to take it off the track in the middle of the build to add features, such as electronics or RFID components, then put it back into the process on the track until it’s done. Just like you hit the start process on injection molding and parts drop out, our technology will work the same way in the near future.”

To date, Evolve Additive is working with three alpha customer systems and five data systems, according to Bradshaw. The company’s longer-range goal is to put some beta customers into place by next year and get the technology ready for commercial release in 2020.