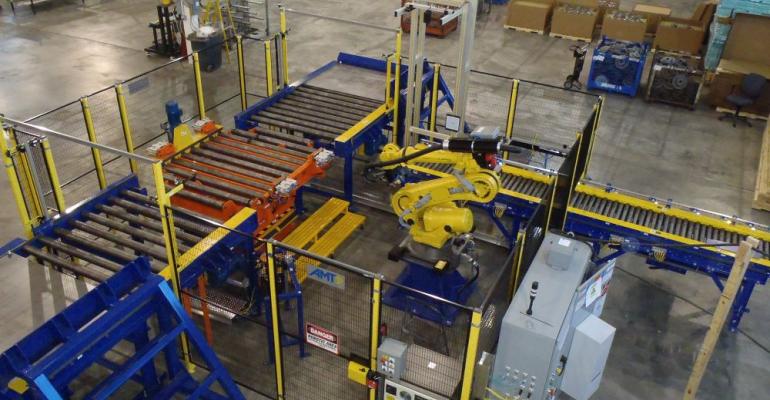 Companies struggle when they add smart manufacturing tools to faulty processes. Process problems have to be solved before the benefits of advanced manufacturing and be reaped.

The smart manufacturing that is heralded as the future of manufacturing is centered on increasing productivity and efficiency while reducing downtime and operating costs. Many companies are still stuck in the past and running outdated operations. The practical advice on how to actually get started on building the factory of the future while call for solving process problems before adding a layer of advanced automation tools..

Adding smart technology without solved process issues just causes more problems. “The increase in computer power allows us to take advantage of automation technology. Because of this, we’re seeing an exponential change in automation,” Michael Jacobs, president and CEO at Applied Manufacturing Technologies, told Design News. “Companies need a structure process to make the changes. You can just plop automation on a poor process.”

Jacobs explained these principles early this summer at the Atlantic Design and Manufacturing show in New York City in the session, Getting Started on the Factory of the Future.

Jacobs described the issues that arise when automation is added weak processes. “We were called into a manufacturer that has a high number of SKUs. They were sending the SKUs to the wrong customers,” said Jacobs. “They wanted us to bring an automated printer into the operation. They saw it as a silver bullet. Yet they were still sending the wrong products to the wrong customers. They hadn’t fixed their process. We recommended that they solve their process problem before adding anything new.”

One common problem Jacobs sees is the purchase of new equipment without a plan to make the new equipment useful. “In the 80s when robots were being widely adopted in the auto industry, we saw companies trying to use robots to solve process problems. We’re seeing it again,” said Jacobs. “Companies are ordering robots that end up sitting on the plant floor in their packaging. The boss saw it at a trade show and it was only $40,000, and it was easy to configure, so they just added new technology to their poor process.”

Getting the Specs Right on Automation Technology

Part of a sound strategy of adding smart technology is to do it with the right specs. Yet the specs can’t be too ridged. “Many companies buy automation with new specifications. If you do write a spec, don’t have unduly high specs,” said Jacobs. “A customer asked us for a water jet process. Their specs were so tight, no company in the industry could meet it. We relaxed the specs and found success.”

The specifications need to be developed with the intended result in mind. “With the complexity of automation, we recommend you write specifications that are realistic. Write them with the end in mind, write them to meet the goals that you choose,” said Jacobs. “You have to include this as a structured engineering process. You turn the plant’s needs and wants into engineering structure. Then you can clarify the objectives. Once you’ve done that, you can develop key decisions and actions, and you can balance objectives with continual input from plant managers.”

Getting the Buy-in From Everyone Involved

Beyond just the plant managers, Jacobs recommends that all stake holder be involved in the adoption of new technology. “It’s crucial to have representation from all stakeholders: safety, maintenance, sales, IT, product IP, and engineering process experts – all who are affected,” said Jacobs. “We document all of the objectives and prioritize them. We share that with all stakeholders to get input. That gives us the true priorities. We force priority input from all stakeholders. We must get their buy-in to develop the true objectives.”

By all stakeholders, Jacobs emphasizes that companies should not neglect to involve those from sales. “In one instance sales was not included. Without input from sales, the managers decided not to use a specialized package. That decision was a no-go for sales,” said Jacobs. “Deciding all of this with everybody involved is critical. This inclusion process also helps get to a language that all of the stakeholders understand. This saves time and money. The objectives answer the why questions. You then can schedule and use the objectives to determine expected payback. Then as you move forward, you can measure if you’re getting your payback.”