The Smart Steering Wheel is the Future of Driver Safety 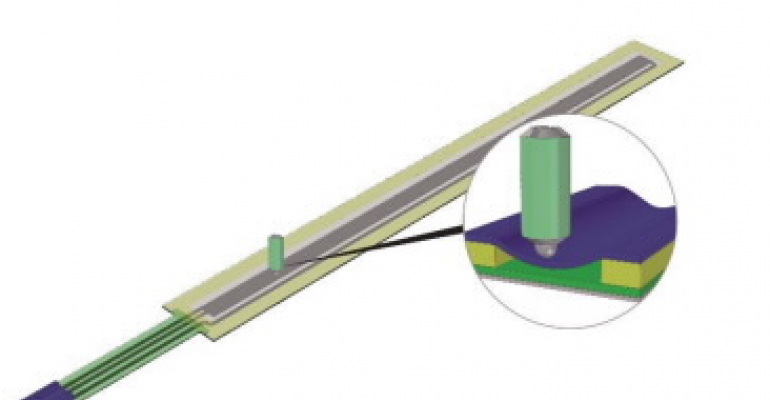 Your steering wheel could save your life someday. New sensor technology being developed by German-based Hoffman-Kippner, in cooperation with Guttersberg Consulting, will enable automakers to create steering wheels capable of monitoring their drivers — creating systems that would enable cars to call for help or even steer to safety or to a hospital during an emergency situation. Jens Kautzor, CEO of Hoffman-Krippner, told Design News that the applications of the technology are limited only to what the automaker can imagine. 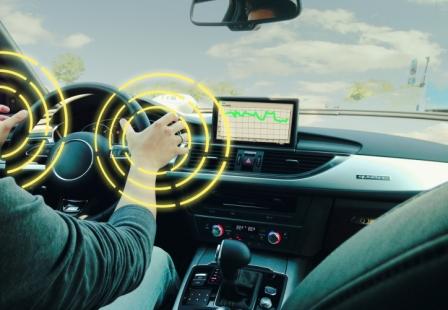 At the core of the new sensor technology, the result of over seven years of development, is Hoffman-Krippner's patented SensoInk and SensoFoil technologies that allow the company to screenprint a 0.8-0.9 mm-thick resistive sensor capable of measuring pressure, sensitivity, and position. According to Kautzor, the heart of the sensor is Hoffmann-Krippner's proprietary SensoInk — a pressure sensitive ink. "The more pressure you apply [to the ink] the higher the resistance," Kautzor explained. The sensor consists of this ink between thin layers of plastics. Pressure applied to the sensor (via gripping the steering wheel) creates a readable signal in the form of a short between the layers.

Essentially, the sensor lets your steering wheel know when you're holding onto it and how hard you're gripping it. As we drive we're constantly gripping and moving our hands across the steering wheel. When this type of motion stops it usually means something has happened - the driver has either fallen asleep or suffered some sort of medical condition. By tracking this, the sensor can trigger a safety protocol within the automobile. In minor cases it could be a simple alarm to wake the driver, in more severe cases it could call 9-1-1. Utilizing the technology, a self-driving car could even someday be able to drive a sick or injured driver to the nearest hospital. 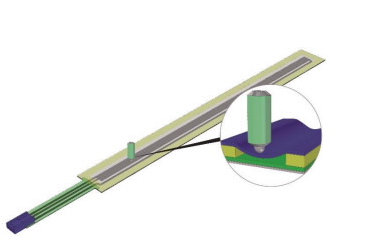 Kautzor said the system is also capable of compensating for different drivers. Obviously some of us have smaller or larger hands, different grip strengths, or even prefer to drive one-handed. The system can learn your unique driving style and base its trigger warnings on this and even store profiles on different drivers. "There's a way for software to recognize and build up a history for a specific driver," he said. "With a new driver it could compare that to the history and match it up to a driver." The system could also be programmed to take other factors like vehicle speed into consideration so that there aren't any false alarms if a driver lets go of the steering wheel momentarily or takes her hands off the wheel at a stoplight.

Utilizing a resistive sensor holds several advantages over a capacitive sensor (the kind commonly used in touchscreens). Kautzor pointed out that capacitive sensors aren't very flexible and cannot be made to go around entire wheel. Further they aren't sensitive enough to be embedded inside of a steering wheel and still detect signals. "Capacitive sensors [also] cannot detect different kinds of drivers," Kautzor said.

The smart steering wheel would join other driver-monitoring technologies that are on the market or coming soon to it. Nissan recently unveiled its Driver Attention Alert system that monitors steering patterns and will sound an alarm if it detects erratic behavior such as a lane change from a driver nodding off. There are also camera-based systems that watch driver's eyes for signs of drowsiness or loss of consciousness. A number of newer model (2013 and above) autos are also equipped with Lane Keeping Assist systems that will adjust the steering if the vehicle detects itself drifting out of a lane.

Kautzor believes his company has a leg up over these technologies, both for its low power consumption and because it continually monitors drivers. "Lane depart assist systems are very sensitive to dirt and dust," Kautzor said. "Vibration and sudden bumps in the road can cause faulty signals in other systems, and camera-based systems can easily be bypassed by smoke or wearing sunglasses, or by nighttime."

Hoffmann-Krippner said it is currently in negotiations with several major automakers to create smart steering wheel systems. The company also hopes its sensor technology can be expanded into other applicable arenas as well such as aeronautics and video gaming.