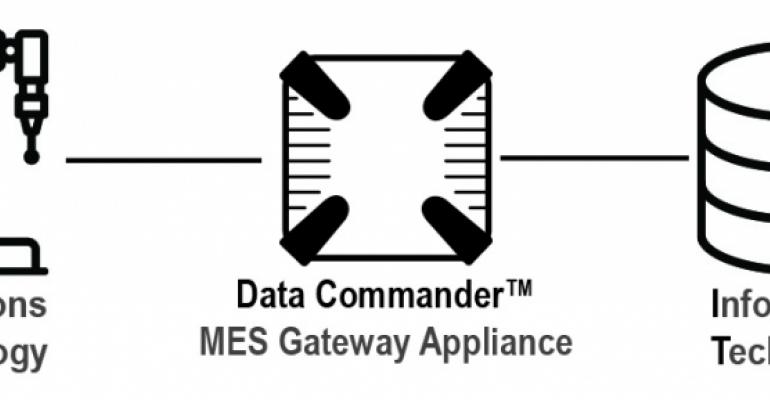 “Moving to the factory of the future is an evolution rather than a revolution. Manufacturing has been able to collect a lot of data for years, but now we’re seeing that it’s becoming available to small- and mid-size manufacturers,” Keary Donovan, market development manager at elliTek, told Design News. “Whether it’s zero-defect initiatives or ERP systems, smaller companies are beginning to get the benefits.”

Keary Donovan will be part of the panel at the session, What Does the Factory of the Future Look Like?, at the Atlantic Design and Manufacturing Show in New York City on June 13. He will also participate in the panel, The Practical Path of Digital Transformation, on June 14.

While the devices and sensors associated with smart manufacturing technology are becoming less expensive, the greater impact may be that this equipment has become easier to deploy. “The products are getting simpler to use and they’re going to get more dispersed,” said Donovan. “That can include analytics, lot size of one, or mass customization. These are all becoming available to smaller manufacturers.”

The Intelligence Is Built into the Device

Part of the affordability of new manufacturing technology comes from the ability to deploy it using configuration instead of original programming. “We saw a bunch of controls engineers witness a collaborative robot presentation. The sales person was proud of the robot’s ability to open and close a door,” said Donovan. “All of the controls engineers flipped out negatively. ‘We can program that,’ they said. Yet they couldn’t understand the fact that nobody wants to be dependent on them for all that.”

Donovan points to the MES gateway appliance elliTek makes as an example of intelligence that is built into the device. The Data Commander connects factory automation data to database servers. It’s a high-speed, two-way gateway connection that protects data integrity and isolates OT from IT networks. “Our product doesn’t require programming. All of the drivers are included in the product,” said Donovan. “Instead of needing a PLC or Java engineer, you can point and click through a free interface to map the fields of the machine controls like PLCs to the database.”

While smart manufacturing technology is not necessarily cheap, the overall cost of ownership is significantly lower when it doesn’t require expensive outside experts to set it up and run it. “Getting end-to-end (production connectivity) still costs up to $12,000. But you own it when you’re done. You don’t need an integrator,” said Donovan. “If you have a collaborative robot, you’re not calling a controls engineer to teach it a new function. You’re not calling a system integrator every time the production run changes. You just need a person who understands manufacturing processes.”

Smart manufacturing mostly involves obtaining and using data to improve production efficiency. The ability to get the data is the key to that efficiency. “Everyone wants the data, but it’s shocking how few people have access to it,” said Donovan. "Beyond ease of use for efficiency efforts, the dedicated firmware on our appliance is a ‘black box’ solution that eliminates FDA software validation and its engineering costs for data exchange.”

Donovan noted that those who are developing smart manufacturing tools need to make ease-of-use a priority. “The goal is to make it easy, to make sure people are not distracted by analytics. We need to make sure the data enhances their job rather than getting in front of their job,” said Donovan. “We challenge ourselves to make that part of our product line. Manufacturing process engineers and production managers don’t want to have to learn programming languages. Modems are an internet gateway appliance. Users are are only expected to be able to plug it in, not how to program it.”

He explained that those producing the new technology need to make sure they’re solving a problem rather than creating a new problem. “During the Mac vs. PC days, Steve Jobs explained that you’re not supposed to just put a tool in front of the problem. You don't want the tool to become its own problem,” said Donovan. “I don’t want to protect my machine from latency issues caused by ITs security patches or become a C# or Java programmer to solve my production problem.”