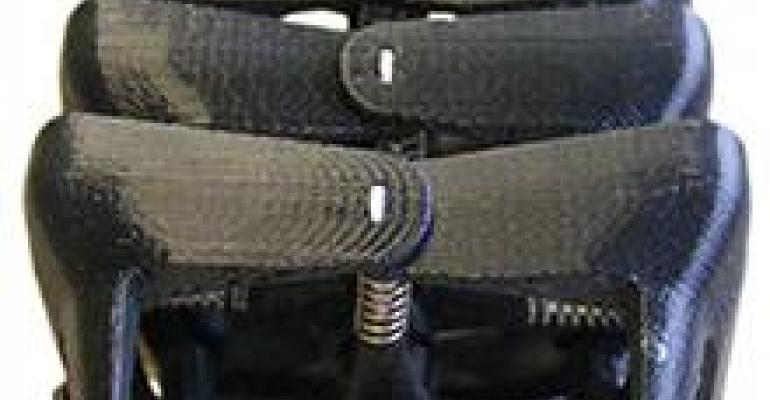 A collaboration of scientists led by a researcher at Clemson University have found inspiration in an unlikely source -- the unique shape of the tails of seahorses -- for new designs in robotic actuation, armor, and biomedical applications.

While most animals have tails that are shaped in a cylinder form, the ocean-dwelling sea horse is a bit different. The tails of these creatures are organized into square prisms surrounded by bony plates that are connected by joints, a design that scientists in Clemson's College of Engineering and Science observed and believe to have unique benefits, they said in a paper published in the journal, Science.

"We hypothesize that the square cross-sectional architecture of a seahorse tail improves mechanical performance in prehension (grasping ability) and armored functions (crushing resistance), relative to a cylindrical one," they wrote in an abstract of the article. 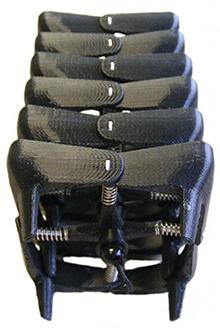 To test their theory, the team -- led by Michael Porter, assistant professor of mechanical engineering at Clemson -- created a 3D-printed model mimicking the seahorse tail's square prism, as well as a hypothetical version that was cylindrical. They then whacked the models with a rubber mallet, as well as twisted and bent them to test their durability, flexibility, and strength.

The results of their tests were concurrent with their theory. While both prototypes could bend about 90 degrees, researchers found that when crushed, the square prototype was stiffer, stronger, and more resilient than the cylindrical.

The model based on a seahorse tail also had a restriction that served it well -- it was about half as able to twist as the cylindrical-shaped prototype, which researchers surmised could prevent damage to the seahorse and allow it to have better control for grabbing things.

There are a number of applications for designs based on the seahorse tail, including robots for aiding in search and rescue and disaster recovery, that can move on the ground like a snake and can fit into tight spaces, Porter said in a press release on the Clemson website.

"Understanding the role of mechanics in these prototypes may help engineers to develop future seahorse-inspired technologies that mimic the prehensile and armored functions of the natural appendage for a variety of applications in robotics, defense systems, or biomedicine," researchers wrote in the abstract.

MORE FROM DESIGN NEWS: The US and Japan Will Fight in a Giant Robot Battle

The design also could help inspire new types of armor and biomedical devices, Porter said, although he admitted the team hasn't "gotten that far with the applications side of things yet."

In addition to Porter, other co-researchers on the project are Dominique Adriaens of Ghent University in Belgium; Ross Hatton of Oregon State University; and Marc Meyers and Joanna McKittrick, both of the University of California, San Diego.