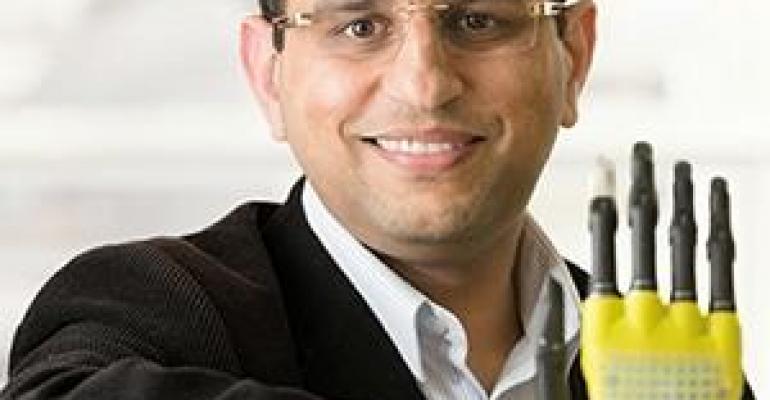 A research team in Scotland has developed an inexpensive way to produce graphene by using the same cheap type of copper used in manufacturing lithium-ion batteries, a discovery that has potential to make the versatile material more widely available.

Graphene is just a single atom thick, but it's flexible, stronger than steel, and capable of efficiently conducting heat and electricity. These qualities give it great potential for a wide range of applications -- from energy storage to additive manufacturing to synthetic skin for medical use. Yet there is one major catch: it's expensive to produce.

That can all change now thanks to a team led by Ravinder Dahiya, a professor in the University of Glasgow's School of Engineering, which has been able to produce large-area graphene about 100 times cheaper than before. The team worked with engineers at Bilkent University in Turkey and published a paper about their research in the journal Scientific Reports. 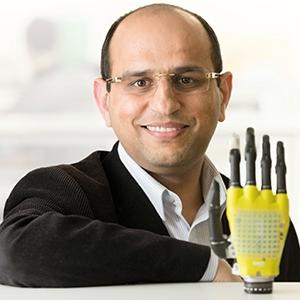 "Graphene, as a two-dimensional carbon crystal, offers key features such as optical transparency, mechanical flexibility, and high electrical conductivity, which are needed in future electro-optic devices," Dahiya told Design News in an interview. "With these features graphene could be used in multiple applications, including future electronics, transparent conductors, and sensors, etc. For this reason, graphene is getting lot of attention from industry. "

Graphene is typically produced via chemical vapor deposition (CVD), which turns gaseous reactants into a film of graphene on a substrate -- which typically uses the more expensive form of copper Dahiya mentioned.

His team replaced this substrate with commercially available copper foils that are often used as the negative electrodes in lithium-ion batteries, which are far less expensive to source. They were able to create high-quality graphene across the copper's ultra-smooth surface, which provided a good bed for the formation of the film, Dahiya said.

The team also found that the graphene they produced offered benefits over similar materials produced from the older process, specifically improvement in the electrical and optical performance of transistors, he said.

"Our process produces high-quality graphene at low cost, taking us one step closer to creating affordable new electronic devices with a wide range of applications, from the smart cities of the future to mobile healthcare," Dahiya said.

He said some of the immediate applications for the graphene his team produced could be to develop products as diverse as cellphones with roll-up displays, e-paper, RFID tags, medical patches that can be attached to the skin to deliver drugs or monitor vital signs, and tactile or electronic skin for robotics and prosthetics.

"We will use the new approach in some of these applications," Dahiya said, adding that the team already is experimenting with the graphene it developed for electronic skin for robotics and prosthetics.