HomeAutomationRobots Step into the COVID-19 Danger Zone
Recent
Automation
Novel 3D Printing Method Used to Replenish Coral Reefs
May 16, 2022
Volkswagen’s Electric Successor to the International Scout 4x4
May 16, 2022
The Music Is Over For Apple's iPod
May 16, 2022
Q&A With IndyCar Gearbox Expert Anna Chatten
May 13, 2022
POLL
Intel Unveils Trust Authority to Boost Security
May 13, 2022
Supplier News Looks at Highly Customizable Industrial Monitors
May 12, 2022
Here Technologies Maps are Key to Mercedes Level 3 Automation
May 12, 2022
'We Built the Domino's Pizza Tracker for Manufacturing'
May 12, 2022 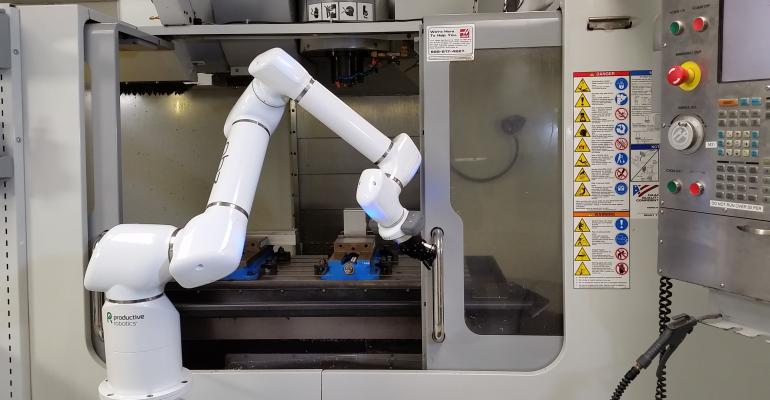 Robots are getting deployed in areas where it’s tough for humans to navigate. When it comes to working in the dangerous spaces of coronavirus, send the robot in.

To combat the risk of human interaction and fill-in for a workforce that is being asked to stay home, we’re seeing robotics step in to do the dirty work. However, what’s even more interesting is how automation will be shaped by this period.

The fear of robots replacing human jobs may give way to the idea that robots are an asset across the manufacturing industry when a human worker can’t or shouldn’t be on-site. The reasons can range from infectious diseases to extreme weather or labor shortages. “The robots can work in areas there weren’t safe even before the pandemic,” Zac Bogart, CEO at Productive Robotics told Design News.

Bogart noted that marketing robots has become easier in a world where there was a shortage of workers followed by spaces where it’s not safe for humans to tread. “Truth be told, the robot can work in a difficult environment,” said Bogart. “The robots can do things while humans are sheltering. These robots have been doing jobs nobody wants to do, mind-numbing and boring jobs. Now they can do jobs in plants while humans are sheltering.”

Bogart began by creating robots for movie sets. “We started in the 80s designing robots for motion pictures, mostly motion control. We moved movie cameras and models around,” said Bogart. “I then took the company into digital imaging. Seven or 8 years ago we moved into production, a direction with a longer future.”

The collaborative robots built by Production Robotics do not require original programming by users. Bogart developed this feature while working in the movie business. “The robots on movie sets were used by people who didn’t know how to program robots,” said Bogart. “The cameras had to be able to be moved by a film director who didn’t know programming.”

He brought the philosophy of no-programming to the shop floor. “It’s the same with our production robots. You can use them if you’re not a programmer,” said Bogart. “Our robots have no programming language. You teach them by showing them where they have to go and what they have to do. 90% of what a robot does is move things around.”

The New Stretch Version of OB7

In the middle of the pandemic, Productive Robotics has introduced a fourth model in its collection of teachable robots, the OB7-Stretch. The OB7-Stretch was developed at customer request – users needed a robot with a longer reach to handle parts and machines at longer distances. OB7-Stretch is similar to the company’s standard OB7 5kg model, but with a longer reach of 1.25 meters and a slightly lower payload of 4kg.

The Stretch was designed for applications that require a longer reach to pick up a part or reach deeper into machines. “Specifically, we needed it for applications in plastics molding, packaging, and palletizing,” said Bogart. “In CNC machine tending, OB7-Stretch can tend multiple machines at one time by reaching more than one machine.”