HomeAutomationRobotic Camera Mimics Human Eye Movements
Recent
Automation
Argo AI Expands Driverless Operation to Austin and Miami in Search of More Challenges
May 18, 2022
12 Ideas that Could Change the World
May 18, 2022
Making the AC Power Main Intelligent
May 18, 2022
How to Make Sure Your Digital Transformation Doesn’t Fail
May 18, 2022
POLL
The Internet's Grooviest Slideshow of Legendary International Scouts
May 17, 2022
Electronics Industry Bolsters Root of Trust Security Efforts
May 17, 2022
3 Tips for Embedded Software Configuration Management
May 17, 2022
Novel 3D Printing Method Used to Replenish Coral Reefs
May 16, 2022 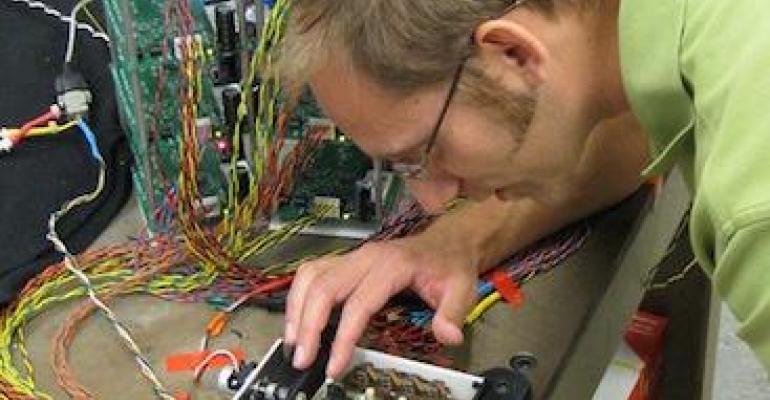 Researchers at Georgia Tech have made a breakthrough in their work to make robots function more similarly to humans with the creation of a camera that has the potential to move similarly to the muscles of the human eye.

Researchers in the university's George W. Woodruff School of Mechanical Engineering developed a robotic mechanism that can orient a camera using muscle-like cellular actuators that mimic the movements of human eye muscles rather than use traditional robotic motors.

The work is part of ongoing research into an area of robotics called compliance, which is to make robotic movements more flexible -- similar to the movements humans make, said Joshua Schultz, a Ph.D. candidate at the university and one of the researchers on the project, in an interview. Research in cellular actuation could pave the way for the design of more flexible cameras and devices for medical procedures and surgeries to complement the work of doctors and clinicians, he said. 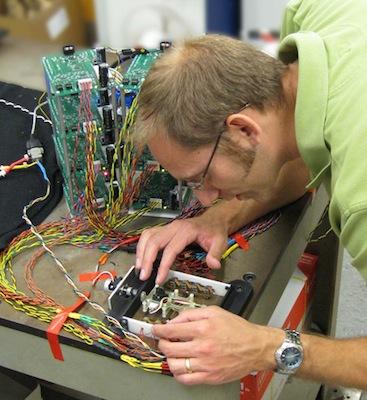 Whereas traditional motors that power robotic actuation, or movements, tend to use one motor unit per movement, Schultz told us:

...because we are connected by flexible tissues, the human body turns on as many motor units as it needs to provide force. The brain isn't turning a knob and increasing or decreasing the activation level of muscle fibers. Because we have lots of muscle fibers that are coupled with flexible tissue, this allows us to move smoothly even with impulsive on/off transitions.

This type of movement can revolutionize the work of cameras and other devices that interact with humans in medical scenarios, such as during MRIs or surgeries, because the movements of the robots would be more natural. "There are a lot of us that think that compliance is the key to making medical devices more effective," Schultz said.

To achieve more compliance, Schultz and his colleagues, including Professor Jun Ueda, one of the researchers who pioneered the work at MIT in the early part of the decade, used cellular actuation using piezoelectric stacks.

Piezoelectrics use ceramic material that expands or contracts when an electrical charge is applied to it, which allows the transformation of input signals into a robotic motion. However, generally the displacement in ceramic piezoelectric reactions is low, which does not lend itself to a wide range of movement.

Building upon previous research done by Ueda and other researchers at MIT, Schultz and the Georgia Tech team took a multistage approach to creating cellular actuators for the camera, designing a mechanism that uses electrical inputs and outputs in a rapid series to increase the displacement of the output. The team used 16 amplified piezoelectric stacks per side placed inside a rhomboidal mechanism to address the need for more layers of amplification, according to researchers.