Robot Fish Designed to Lead Real Fish away from Danger 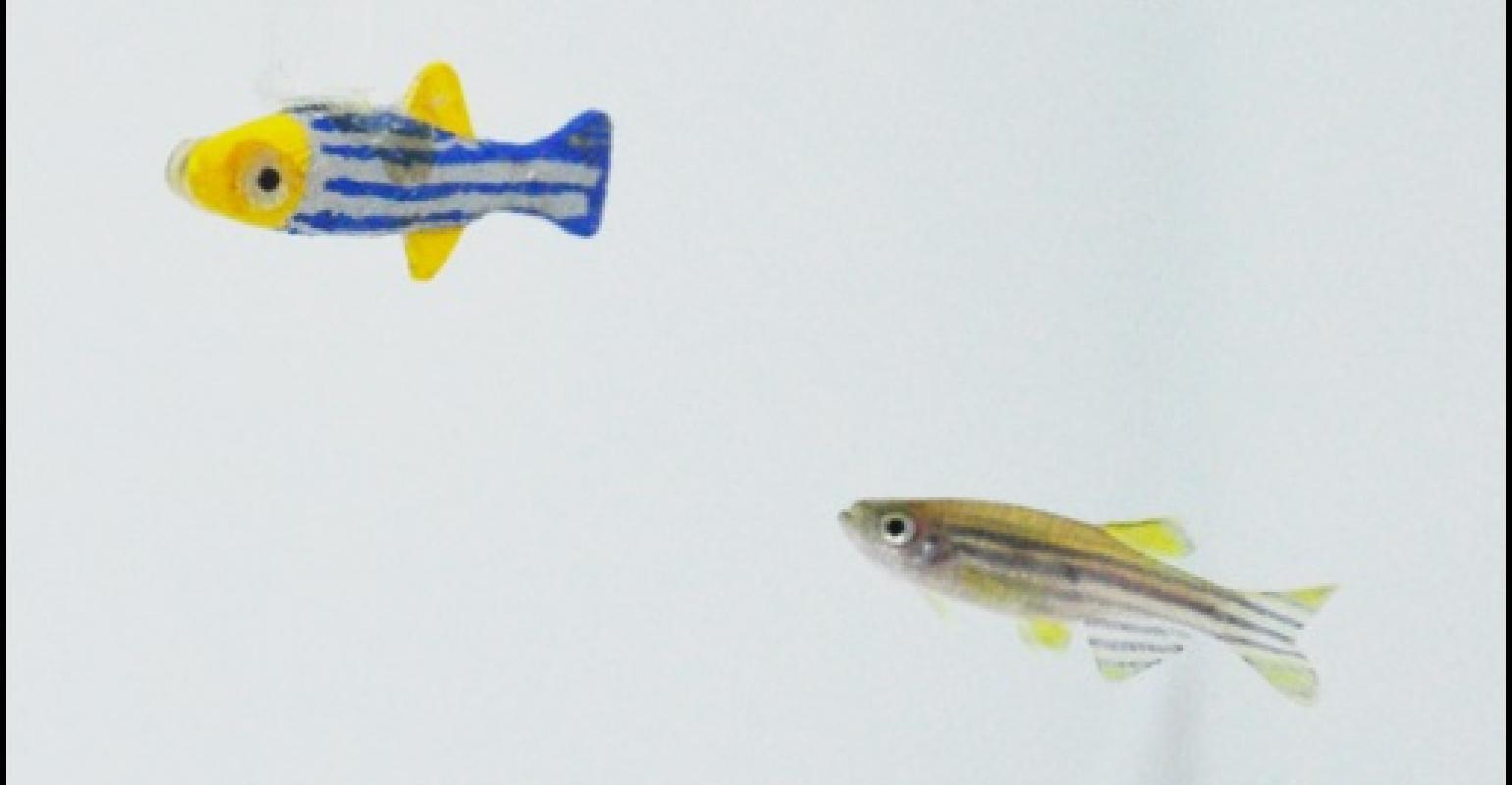 Researchers at Tandon School of Engineering have created robotic zebra fish that can help in research and might also be used to steer real fish away from hazardous areas.

In recent years, university robotics teams and robot manufacturers have been creating a menagerie of bionic animals and insects with the idea of using nature to provide new insights into technological and industrial applications. At the Dynamical Systems Laboratory at New York University’s Tandon School of Engineering, for example, researchers have created robotic zebra fish. Roni Barak Ventura will present the session, Learning from Nature: The Mechanics Behind the Robotic Zoo, on June 12 at the Atlantic Design and Manufacturing Show in New York City. She will have a tank of the robotic zebra fish on hand to demonstrate their capabilities.

The robot fish were created for a number of purposes, from research into fish behavior to the possibility of using the bionic fish to save real zebra fish. “Robotic fish have important real-life applications,” said Ventura, a doctoral candidate in mechanical engineering at the Tandon School of Engineering. “In laboratory settings, replica fish are used to deliver controllable stimuli to study the behavior of real living fish. As the robotic fish becomes increasingly similar to its living counterpart—both in appearance and behavior—it can begin replacing real fish in experiments that can spare animal lives.”

One of the goals for creating the robot fish is to steer schools of real fish away from hazardous environments. “In nature, robotic fish can potentially be used to drive schools of fish away from dangers, such as oil spills,” said Barak Ventura. “And of course, being robots, the robotic fish is a useful tool in STEM education, inspiring people of all ages to learn about science and engineering.”

The creation of the robot fish required a team of professionals with a wide range of backgrounds. “Led by Professor Maurizio Porfiri, the Dynamical Systems Laboratory is composed of people from many different disciplines, including engineers, mathematicians, biologists, and psychologists,” said Ventura. “Having such a diverse group allows us to conduct interesting research that covers broad scientific fields.”

How to Build a Bionic Fish

The group tried not to get too exotic when it came to the construction of the robotic fish. “Since we want our products to be translated into everyday life, we try to use basic, affordable materials,” said Ventura. “We use simple actuators, such as step motors and servo motors. For sensing, we use simple web cameras and couple them with MATLAB or other computer software.”

The technology used to make and control the fish involves emerging 3D print materials and Wi-Fi connectivity. “The morphology of the robots is very important in our research. We often 3D print replica models using ABS plastic. When we try to mimic size and texture, we also use silicone molds. All robots are painted with non-toxic colors, of course,” said Ventura. “We have several approaches to controlling the systems we design. Some robotic fish are controlled from iDevices through Bluetooth or through RFM and Wi-Fi. For larger platforms that require complex motion and computation, we use a computer.”

Controlling the Movement of Robot Fish

As for controlling fish movement, there are two approaches. One is to move the robots independently of the real fish. The other is to track and mimic the real fish. “We generally use two control paradigms: open-loop and closed-loop. In open-loop configurations, the robotic platform maneuvers a replica independent of real fish in the tank, based on data-driven trajectories or mathematical models of fish swimming,” stated Ventura. “In closed-loop configurations, a camera records the position of fish. Then an in-house software acquires the location of the fish and executes behavioral trajectories accordingly.”

As for the biggest challenge in creating the fish, Ventura pointed to the unpredictability of nature: “It is very difficult to work with animals because their behavior is stochastic and highly unpredictable. Replicating their behavior and movement is specific for each species and is extremely challenging to capture.”