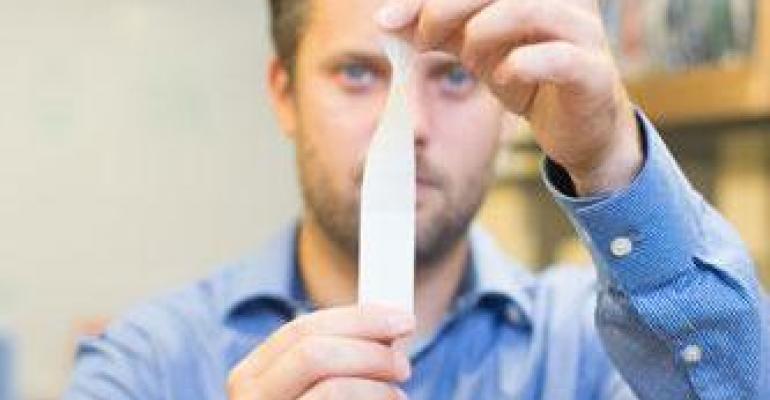 Two engineers have developed the first 3D-printed robot with a mix of solid and soft materials that can jump similarly to a human, the result of research they think will have applications for disaster recovery and future space missions.

The robot, which combines a rigid core and soft exterior, can perform more than 30 untethered jumps and uses a combination of butane and oxygen for power. 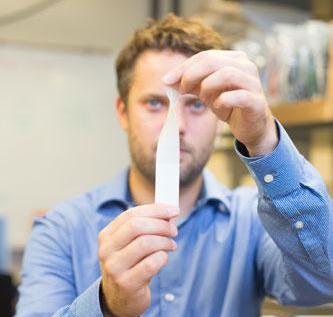 The two developers of the robot -- Michael Tolley, an assistant professor of mechanical engineering at UC San Diego and Nicholas Bartlett, a PhD student in the Microrobotics Laboratory at Harvard -- were inspired by previous work done by Harvard Professor George Whitesides to power a soft robot using combustion, Bartlett told Design News. This provided the robot with an energy-efficient fuel source and allowed it to move quickly as well, something that’s been a challenge for soft robots, he said.

Together Bartlett and Tolley manufactured and tested the robot, which has two hemispheres that surround a rigid core and two types of actuators, Bartlett told us.

The top hemisphere is like a half shell, 3D-printed in one piece, with nine different layers of stiffness. This creates a structure that goes from rubber-like flexibility on the exterior to full rigidity near the core.

The bottom half of the robot is flexible and includes a small chamber where oxygen and butane are injected before it jumps. The two hemispheres surround a rigid core module that houses a custom circuit board, high-voltage power source, battery, miniature air compressor, butane fuel cell, and other components.

“There are three pneumatically actuated legs positioned around the perimeter of a single, central explosive actuator,” Bartlett said, explaining how the robot’s movements work. “Pressurized air is delivered to the appropriate legs to tilt the robot with respect to the ground, defining the jump direction. Butane and oxygen are then injected into the main actuator. This mixture is then sparked, causing combustion. As the gases expand rapidly, the robot pushes against the ground, launching itself into the air.”

The two researchers used CAD software SolidWorks to design the robot and define its material distinction. The design’s gradient had nine distinct layers with two different materials, one completely soft and the other completely rigid, Bartlett said.

MORE FROM DESIGN NEWS: 9 New 3D Printing Materials for Use in Space and on Earth

“These two materials define the extremes of the gradient; the intermediate seven layers are essential mixtures of these two base materials in different ratios,” he explained. “Because any two sequential layers contain a larger proportion of the same materials, the interface between any two layers is very strong.”

Bartlett said he and Tolley hope the fabrication process to combine the two materials will inspire other research in 3D-printing methods. “With the growing popularity of 3D printing, and the ever-increasing number and types of materials that are able to be 3D printed, we hope that the methodology we describe for interfacing rigid and soft materials will be useful not just in soft robotics, but in engineered structures in general,” he said.

The two are co-authors of an article about their work in Science magazine.

Bartlett said that the robot’s jumping capability makes it a good candidate for use in disaster scenarios because it gives the robot flexibility of movement to navigate obstacles. “With debris on the ground, a traditional robot -- e.g., one with wheels -- may have trouble moving around, but a robot that can jump over obstacles and absorb the impact of landing could prove useful,” he said.

Space is another possible use for the robot, as jumping would be an efficient mode of locomotion in a low-gravity environment such as what’s found on the moon or Mars, he added.