The Quest to Give Robots Arms (and Hands) More Like Ours 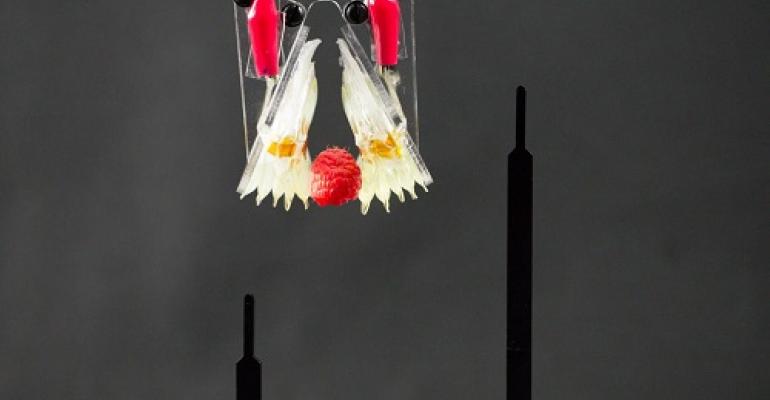 Recent developments are steps along the path of making robots more human-like in their ability to handle a wide variety of materials in a wide variety of circumstances while retaining those advantages that are inherent to robots.

In many situations where robots will be working alongside humans, or handling relatively fragile items, there will be concerns about damage or injury. One approach to this concern is the incorporation of compliant materials into robotic limbs and actuators, to provide flexibility as well as dampening to reduce the potential for harm. Of course, adding these kinds of conformable materials to a drive train can complicate the problem of controlling it. Add to that, the potential for interacting with humans, whose actions and responses may not always be predictable.

Prof. Lei Sun from Nankai University, developed an algorithm designed to improve control of “series elastic actuator” (SEA) systems.  The algorithm allows a robot to adjust its handling of a payload in response to the initial motion imparted by the human robot interaction. The desired outcome is the safe movement of the load regardless of whether it was gently nudged or jolted.

Said Sun, “…damping and stiffness can be increased by muscle contraction, [such as] when we want to make a precise positioning or when we hold heavy loads."

The algorithm addresses uncertainties and rejects disturbances through a novel nonlinear control framework. The team used a RISE (robust integral of the sign of the error)-based second-order filter to synthesize the control law. They theoretically verified the control performance using Lyapunov analysis.

According to Sun, “the framework is suitable for both linear and nonlinear [series elastic actuators], which implies that it is more generic."

The algorithm was tested and the results were found to be superior to that of a traditional cascade PID controller.

Another approach to the same problem was taken by a team at the University of Colorado who focused on the actuators themselves, modeling them after mammalian skeletal muscles. Soft actuators to date tend to rely on either fluidic systems, polymer fibers, or di-electric elastomers (DE), all of which have challenges regarding reliability, efficiency, or performance.

They developed a new actuator that they call HASEL (hydraulically amplified self-healing electrostatic) actuators that “harness an electrohydraulic mechanism to activate all–soft matter hydraulic architectures, combining the versatility of soft fluidic actuators with the muscle-like performance and self-sensing abilities of DE actuators.” The self-healing property results from a characteristic of liquid dielectrics that enables them to return immediately to an insulating state after a breakdown.

The actuator can be described as an elastomeric shell that is partially covered by a pair of opposing electrodes and filled with a liquid dielectric. When a voltage is applied, it induces an electric field through the liquid and elastomeric dielectric. This produces an electrostatic Maxwell stress that pressurizes and displaces the liquid dielectric from between the electrodes to the surrounding volume. Increasing the voltage increases “actuation strain.” At some threshold point, the electrostatic force exceeds the mechanical restoring force and the electrodes pull together rapidly.

The team produced actuators in both circular-planar (sheet-shaped) and donut-shaped configurations and tested them for hundreds of thousands of cycles. Combining six of these actuators in parallel, produced enough force to lift a gallon of water.

These developments are steps along the path of making robots more human-like in their ability to handle a wide variety of materials in a wide variety of circumstances while retaining those advantages that are inherent to robots.