Packaging Gets All Dressed Up for Advanced Manufacturing 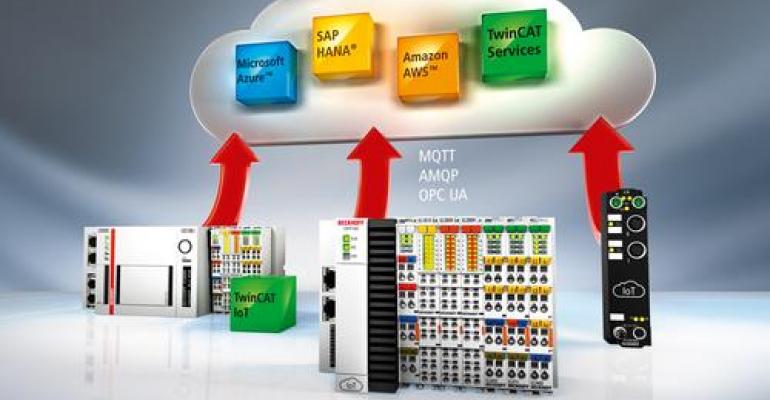 Packaging is getting smarter. The need for flexibility and speedy packaging operations has prompted packaging vendors to provide intelligent, connected systems that can switch functions quickly and also tell operators when a motor is about to burn out. The acceptance of the machine language for packaging -- PackML -- is also making it easier to string together machines quickly.

Whether it's changing the size of the box for M&Ms or flipping over to an entirely different product, packaging systems have to be flexible to meet the needs of a highly diversified packaging world. The ability to change quickly has become a competitive issue. "Flexibility is always a big concern. We're seeing a mix of robotics and cloud technology getting deployed to support flexibility," said Robert Trask, senior systems architect at Beckhoff Automation. "We see that flexibility is trending on the packaging machines themselves. The end users are saying, 'We need our machines to be even more flexible.'" 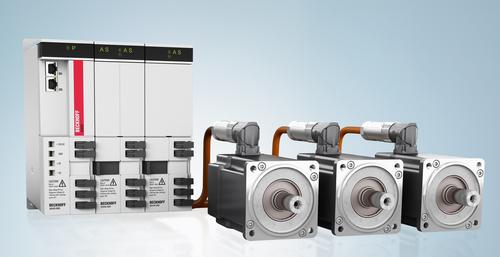 Everybody's Talking About the Industrial Internet of Things

The Internet of Things (IoT) is getting a lot of play in packaging, as it has long before it was called IoT. Packaging vendors have been offering machine-to-machine connectivity (M2M) for more than a decade. The wireless connection -- IoT -- just makes it easier to manage. "We're hearing a lot of people ask about the Internet of Things. That surprised me a little. Yet IoT goes hand in hand with packaging machines," said Trask. "It's a matter of connecting sensors. The goal is to get better performance from the motion system."

In a world where each vendor had its own communication protocol, connecting machines across a diversified line was a Tower of Babel. The packaging language, PackML, has changed that, and unlike many industrial standards, PackML has received serious acceptance. "We're seeing an increased acceptance of PackML. It has really gained traction. Larger manufacturers of consumer products are all using PackML," said Trask. "Our customers are adopting this because of the benefits to both the OEM and the end user."

Machine builders got the PackML message strong and clear, and now they're providing communication-ready machines. "We're seeing transfer ports between machines. That's absolutely a requirement with end users," said Trask. "They want to make sure the OEMs have the connectivity in place for PackML and OPC. That's been a trend for a while. Everywhere we work, people now use PackML"

Your Plant. Smarter. Get informed on factory retrofitting, converging OT & IT, mastering cyber-physical transformation, predictive maintenance, 3DP in the factory, designing for maximum ROI and more in Industry 4.0: The Building Blocks of a Well-Oiled Smart Plant at Design & Manufacturing. Sept. 21-22, 2016 in Minneapolis. Register here for the event, hosted by Design News’ parent company UBM.

Dropping in to See the Line's Condition

Condition monitoring seems like a no-brainer. You want the motor to tell you it's about to break before it actually breaks. Yet this technology is not yet ubiquitous in packaging. "Condition monitoring is not as widespread as I'd expect. The technology is there, the algorithms are there, so I'm not sure what is preventing more adoption," said Trask. "We talk about it a lot, but end users are still reluctant to implement it. There's not a great push for it." 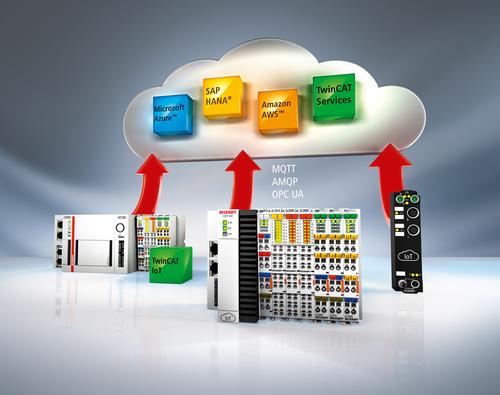 Another recent packaging trend is the proliferation of robots. Advances in robotics has helped make them more suitable for packaging. They're taking up less space, they come with an ever-wider range of motion, and the new human-friendly collaborative robots are more compatible with the overall system. "What's interesting about collaborative robotics is we're seeing a move away from separate robot control. The trend is toward robot controllers that are part of the overall system," said Trask. "Collaborative robots do have more of a safety issue that has to be dealt with, but the wider range of motions is interesting. Even so, there is still proving to do on the ground."

HMI has come a long way from C prompts and green blinking characters. New HMI displays are gaining traction because they're easier to understand, easier to use, and there is not a high price point to overcome. "One big trend we're seeing is in the interface with the machine. It's more user friendly. The user-friendly technologies are not more expensive, since they are being developed for consumer products," said Trask. "We're seeing a trend toward a multi-touch screen HMI that is similar to the phone experience.

Smart consumer products are driving changes in HMI. The intuitive nature of consumer interfaces are attractive to new plant engineers, particularly Millennials who have grown up with smart interfaces. "The technology has been there for years, but now we're seeing more adoption. End users are used to this technology from their home products," said Trask. "Plus it's easy to adopt. You don't have to hand a kid a phone and manual, you have to hand the kid the phone."

A Smarter Systems That's Easier to Use

One of the most important trends in advanced manufacturing has hit packaging: systems have more intelligence, and they're also easier to use. Rather than programming the system, you just have to configure it. "It's absolutely the case that the intelligence is in the machine, so not as much original programming is required. There are more blocks of functionality," said Trask. "When the end user gets it, he drops the PCs and cable and the system is already in place. The system is getting more intelligent, but from the user point of view, it's easier. It's like the copy machine that tells you when it's broken."

Everybody wants big data, but nobody knows why. The message about the importance of collecting data has made it into the packaging mindset, but the use and value of the data is not yet clear. "People want more and more information, and gathering information has become painless. The end users don't know what they're going to do with the data, but they want to collect it," said Trask. "We're still just dipping our toes in the water with collected data."