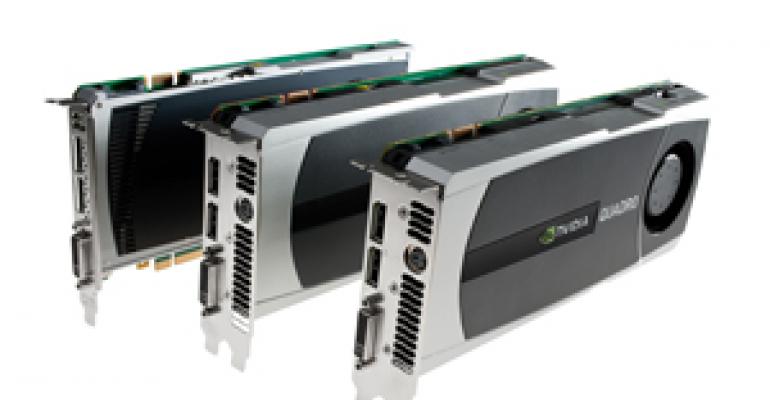 Thanks to a host of new technologies, NVIDIA has released new additions to its family of Quadro graphics processing units (GPUs) which deliver performance boosts of up to five times faster for 3-D applications and up to eight times faster for computational simulation.

The new Quadro Plex 7000 array and Quadro 6000, Quadro 5000 and Quadro 4000 GPUs are based on NVIDIA's new Fermi architecture, and leverage the NVIDA Scalable Geometry Engines and NVIDIA Application Acceleration Engines (AXE) to enable the faster performance across a broad range of CAD, DCC and visualization applications. Rated at 1.3 billion triangles per second in raw performance, the Quadro 6000 enables users to interactively work with models and scenes that are five times more complex than prior Quadro GPUs, according to NVIDIA officials.