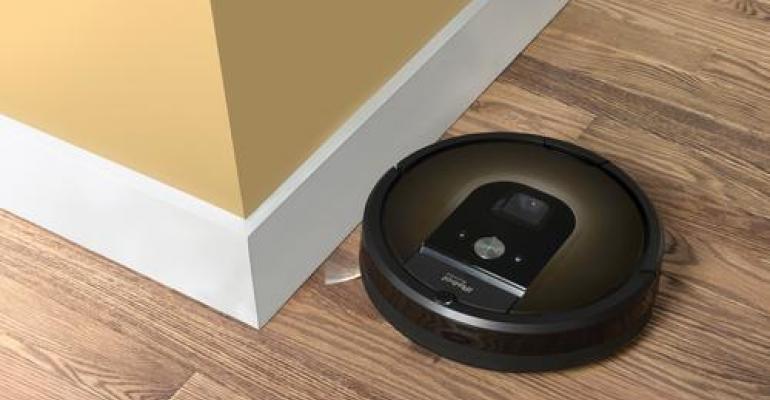 Could your vacuum become the most important device in your home?

Speaking at Robot Madness West, a co-located event with Sensors Expo 2016, Chris Jones, VP of Technology at iRobot (maker of the popular Roomba vacuum robot), laid out a simple, common smart home scenario: You're at home walking from room to room and as you do connected lightbulbs automatically turn on and off based on your presence. It's more complex than it sounds. First, you need connected lights in the first place, then your home has to understand where all of the lightbulbs are, then the system has to know where the people are in the house. Then there's the icing on the problematic cake — none of this works at all without a sense of the physical layout of the home.

"If you don't know the layout you don't know which [light] will impact the space the person is in," Jones told the audience. "The closest light isn't necessarily the right light." 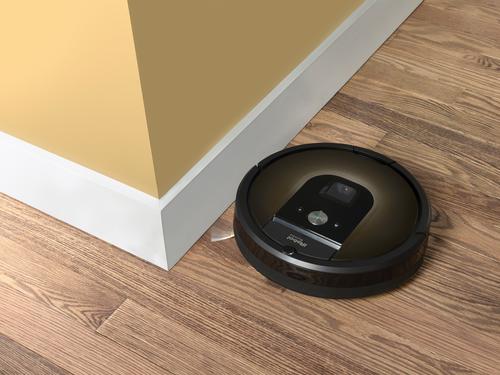 Jones said there are existing solutions for the first set of problems. Network discovery can make the lights communicate, radiofrequency (RF) ranging could communicate light positions, and RF tagging or motion sensors could do the same for the people in the home. One could even manually build a digital map of a home using 3D sensors. The issue, Jones said, is this puts too much weight on the consumer.

"Is having a bunch of sensors in a home enough to make it smart?" Jones asked. "No. You can't expect a consumer to manage and orchestrate hundreds of devices in a home. And we have to remember consumers don't have the greatest history of managing complexity."

Then how do you remove the burden? "I will argue a mobile robot is an ideal solution to do this," Jones said. According to Jones, 20% of vacuums sold are robotic, and most of those are iRobot's Roombas. The company's latest model, the Roomba 980, has a machine vision capability that the company believes places it in an ideal position to provide all of this necessary data to all of a smart home's devices.

Using a combination of an onboard camera and proximity sensors the Roomba 980 builds a realtime map as it navigates and vacuums the home. "It'll go room to room and it knows where it's cleaned and hasn't cleaned," Jones said.

It's a technique called Vision Simultaneous Location and Mapping (VSLAM). As the Roomba travels, its camera takes pictures. The robot's algorithm then scans the pictures, looking for patterns in the pixels that identify objects like furniture. All of this happens while the Roomba also maintains a sense of where it is. The longer it vacuums the more complete map it builds of a space until it knows where objects are and can easily navigate around them.

Jones suggested that this map doesn't have to be local to the Roomba and could feed into a smart home's entire Internet of Things (IoT) ecosystem. If a Roomba could share this data with other appliances (like lights) it could let these device know where they are in relation to each other as well as recognize the locations of people as they move through the home.

Of course there are still hurdles in place before something like this could be realized. The vision system used by the Roomba 980 isn't yet sophisticated enough to recognize key appliances and key objects like doors and windows. The larger issue of protocol standarization also comes into play, the elephant in the smart room in any IoT discussion. Without a singular protocol connecting the Roomba to all of the home's other devices the topic becomes moot.

Other companies like Samsung and Jibo are introducing robots into the smart home but are thinking of them more as control hubs, through which owners can control devices and make requests, more than as devices for capturing and relaying data. Jibo's robot and Samsung's Otto might, for example, be able to control your thermostat, lights, or security system, but they do so based on commands and scheduling and have no spatial awareness or visual data to base their actions on.

"Since September 2015 we've mapped over 500 million square feet of home around the world, "Jones said. "When you think of the context those robots can give to other devices in the home it can be pretty impactful. This is a real opportunity."