Mixing is a critical step in creating everything from pharmaceuticals to cosmetics to rocket fuels. Manufacturers have traditionally used a broad range of technologies to mix materials, such as stirring with impellers and the vigorous shaking most familiar in paint mixing. But for many applications, these processes mix too unevenly for precise specifications, take long periods of time, and require a plethora of hardware configurations and operating conditions to reach the desired product outcome.

The company’s ResonantAcoustic Mixing (RAM) technique relies on low-frequency, high-intensity acoustic energy at a nominal 60 Hz to fluidize a mix and create a phenomenon called acoustic streaming and micromixing within the mixture. RAM blends various types of materials in precise ways while avoiding the purity- and safety-related drawbacks of impellers or blades. The RAM technology is much faster than traditional mixing, and has also mixed materials where conventional mixers have failed. 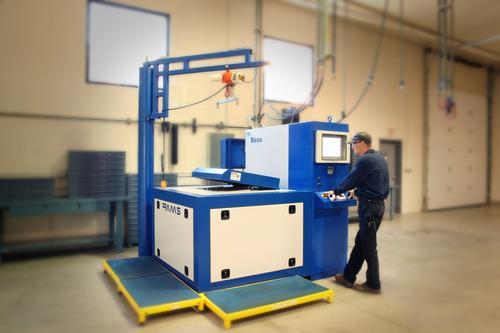 The RAM process requires exceptional control of the machine’s electric motors and drives, which produce resonant acoustics by spinning pairs of offsetting eccentric masses. By changing the phase angle of the offset between the pairs of eccentrics, the amplitude of the mixing chamber motion is controlled. The generated vibration causes the mixture to interact in tune with the container, producing the fluidization that permits even mixing throughout. Taking the motors in and out of phase with each other can create accelerations up to 100 g and results in an almost unlimited number of mixing actions.

Resodyn recently upgraded its RAM 5 resonant mixing platform, which was limited to volumes of approximately five gallons, to a 55-gallon version, extending the technology’s inherent advantages. “We had a great concept, and we wanted to take it to the next level where we could control the machine’s production time, cost, and complexity while saving our customers as much energy as possible during mixing,” said Brian Seaholm, a senior engineer at Resodyn.

To address these challenges, Resodyn worked with Bosch Rexroth, which had already contributed its EcoDrive electric drive technology to the first-generation RAM 5. Seaholm said precise synchronization of RAM’s motors, where the speed and angle are constantly changing, is important because maintaining resonance, an enabling feature of the RAM technology, requires precise control of different and specific vibration frequencies and because uncontrolled resonance could do serious damage to the machine.

The first step in updating the RAM 5 was use of compact IndraDrive M digital intelligent servo drives, which integrate a modular power supply unit and drive system and offer regenerative power capabilities to divert kinetic energy from the machine’s servo motors back to the AC line. Using that approach, excess power could generate energy instead of excess heat.

The IndraDrive platform supports the multiple communications protocols required between the RAM’s black box and the interface PC. The servo drives were married to four IndraDyn MAF liquid-cooled high-speed rotary motors, which have a maximum speed of 11,000 rpm and synchronize the eccentric masses in two pairs to impart force to the RAM system. 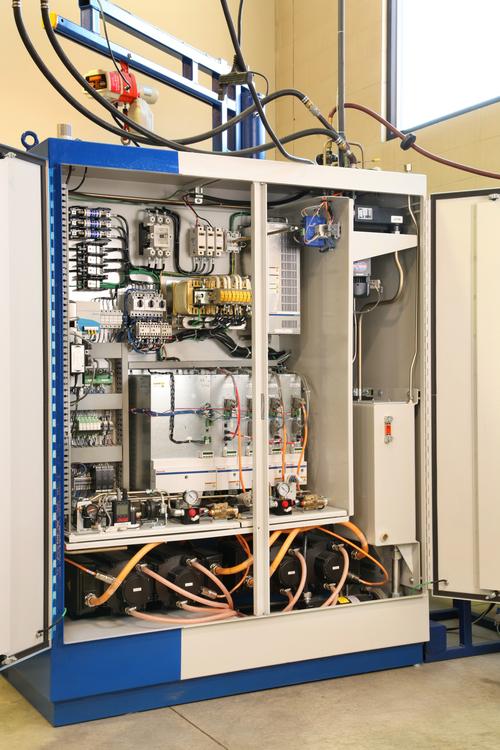 With the drives and motor platform selected, the next step was to ensure a smooth “conversation” between the communications languages and protocols controlling RAM 5’s mixing using a Rexroth MLD programmable logic controller. The PLC was embedded directly in the drive for added simplicity and reduced fabrication time and costs.

This PLC is specifically designed for open automation and flexibility of communications design for machines that require multiple protocols. “We needed Rexroth components to be controlled and synchronized in conjunction with our own computer controls,” said Seaholm.

The Resodyn team chose Sercos III for the main bus to keep the drives synchronized for exact positioning. Control between the Resodyn “black box,” the RAM’s PC, and the master drive relies on an OPC server and RS232, sensing and responding to subtle changes in the resonant condition. Encoder emulation allows the drives to report back to the “black box.” Interestingly, machine control and I/O rely on analog signals as well as digital, with an analog link between the “black box” and the drives.

According to Seaholm, this not only helped keep mixing within demanding specs, but was also important for recipe-based operation, with the operator inputting complete acceleration set-point and timing instructions at the start of each job depending on the mixture. The Ethernet-based OPC server connects the operator to the embedded PLC via the PC-based HMI. 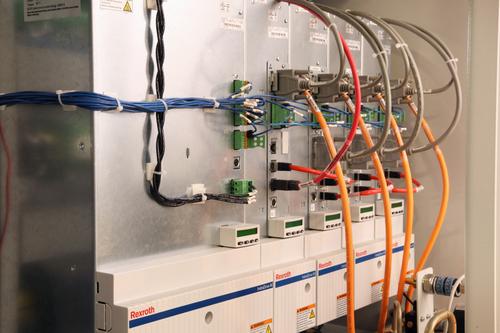 Resodyn’s RAM 5 offers benefits that include more precise, even mixing at various scales (macroscopic, microscopic, and even down to molecular levels) and cleaner, more reliable operation. RAM mixing also makes it easier for manufacturers to meet strict pharmaceutical or cosmetics regulations, since there’s no impeller to keep clean and no need to open chemical containers for mixing. Seaholm notes that the RAM 5 produces huge time savings over traditional mixing and keeps mixing within demanding specifications.