Most Americans Think We're Too Reliant on Robots 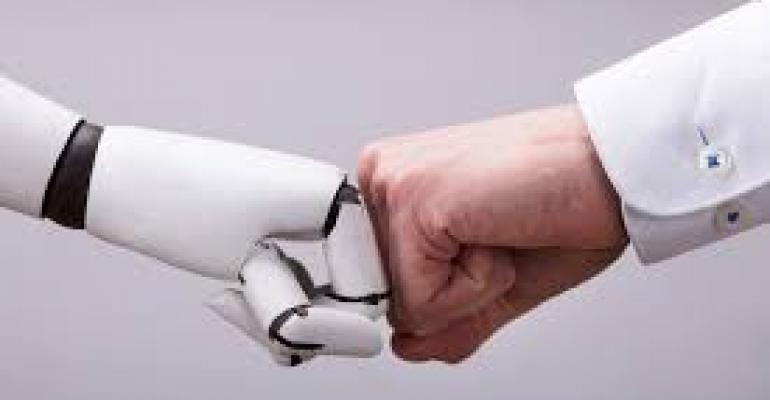 A survey by YouGov finds that most Americans are not bullish about encroaching automation. They think we’re depending too much on robots.

According to new data from YouGov Plan & Track, a majority of US adults are wary about the country becoming overly reliant on machines. A full 62% of Americans agree with the statement, “We need to stop depending so much on robots to help us.” Only 25% of Americans disagree.

Your Income Can Affect Your View of Robots

A closer look at the data reveals that consumers earning $49,999 or less per year are slightly more likely than average to show concern: 67% say we should stop depending on robots so much. At the other end of the income spectrum, consumers earning $90,000 or more are slightly less worried about the increasing reliance on automation. Yet the majority (55%) are still concerned.

The responses from survey participants seem to suggest that those with more sophisticated jobs or professions are less threatened by encroaching automation. “The idea of robots replacing humans can be threatening because people can lose their job,” Ted Marzilli, CEO of data products at YouGuv, told Design News. “However, it can be beneficial given that robots could take away negligible tasks and offer Americans for time to do more leisure activities.”

Your Politics May Affect Your View of Robots

Additional survey results show that an even wider divide exists along political lines. Overall, 71% of conservatives think we need to stop depending so much on robots to help us, compared to just 51% of liberals who think the same.

Even while two thirds of US consumers are wary of automation, the benefits in eliminating harsh working conditions are unambiguous. “It’s natural for people to feel threatened, especially by those that can see their jobs being taken away. But there can be a greater good and benefit by robots doing those dirty, dull and dangerous jobs,” said Marzilli.

Even as Americans in the survey express concern about growing automation, they believe the future will be filled with robots. The survey shows that most Americans believe technology will continue to advance. A robust 62% believe that in the future, artificial intelligence will help humans in most of their daily tasks.

This all comes at a time when the use of robots is expanding beyond traditional manufacturing. Robots and automation in general are getting deployed to conduct sophisticated tasks such as transportation, medical procedures, and domestic assistance. Expanding automation has historically met opposition, starting during the early 20th century when farming become more mechanized, and moving through the decades mid-century when factory jobs were increasingly displaced by automation.

A few decades ago, ATMs replaced millions of clerical jobs at banks, and nobody seemed to care. Likewise, during the 1990s, secretarial jobs were replaced by personal computers, email, and texting. “Perhaps there's a transition period where people are wary and concerned about robots replacing jobs, but over time people get less concerned, just like what happened with ATMs — 50 years later no one minds,” said Marzilli.