Mistbox Makes Your AC Sweat Its Way to Better Efficiency 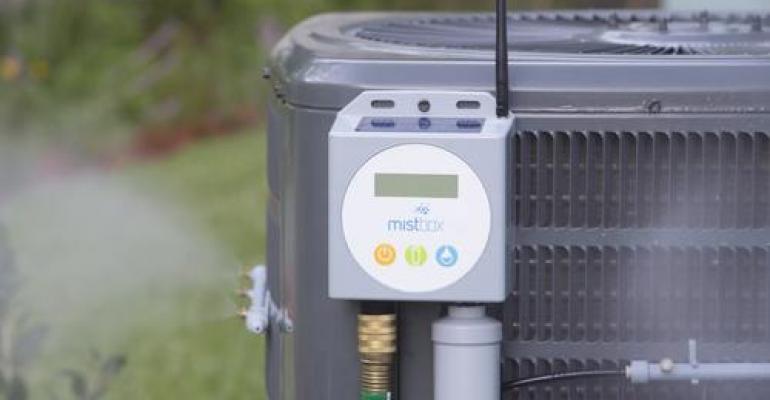 A new smart-home device takes inspiration from the human body's ability to use perspiration and evaporation to cool down to help consumers get more efficiency out of their air conditioning (AC) units as well as save money on energy costs.

Called Mistbox, the device-attached to the outside part of a house's AC system-works together with related tubing to create mist around an AC unit to keep the air around it cool. This helps relieve the strain on the unit's condenser so when it's hot outside, the component can use the cool air instead of hot air to keep the refrigerant cool. Using hot air forces the condenser to work harder and thus use more energy.

This type of pre-cooling has been used commercially for decades, but residential AC users haven't similar capability until now, according to the company, which was co-founded by CEO Josh Teekell and COO Andrew Parks. 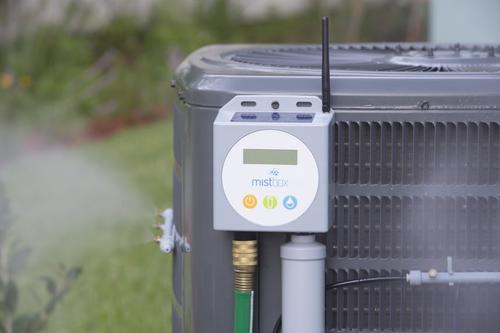 Mistbox is solar powered, which means it doesn't require batteries that need changing. The unit can harvest enough solar power if the AC unit to which it's attached receives direct or indirect sunlight for at least some portion of the day, the company said. If additional power is necessary, however, the device also has a power jack for an auxiliary solar panel.

Users control Mistbox via an accompanying smartphone app that allows them to set a temperature at which they would like the unit to start working. They also can use the app to set other preferences and monitor Mistbox activity in real time-tracking power consumption and helping to quantify savings that the device is providing, according to the company.

Setting up Mistbox is a four-step process that can be done in about 10 minutes, the company said. First, a user attaches the device's central control unit-which houses its intelligence and core functionality-to the outdoor AC unit. Then clip-on spray bars for misting, which are connected to the control box, can be clipped onto the AC unit. Next a user connects the control system to a water source via a hose, and then downloads the accompanying app to complete installation.

To optimize how the device functions, Mistbox uses automatically functioning algorithms that choose the best time to mist the area around the AC unit. It also features a water-treatment system to keep the misting manifold free of clogs and help increase the life of the system to lower maintenance as well as energy costs, according to the company.

Benefits of using the unit include a 20 percent to 30 percent savings on the monthly cost of cooling homes during the hot months of year, the company said. Moreover, Mistbox, which retails for $399, qualifies for a 30 percent Green Tax Credit toward the price of buying the device.