HomeAutomationMeet The MRV, NASA's Stab at the Electric Vehicle
Recent
Automation
Overcoming the Blind Spots in Hemodynamics Monitoring, Beat by Beat
May 25, 2022
Schwab Commemorates 1979 Tech Upgrade with a Custom Firebird
May 25, 2022
AAA Testing Highlights Automated Driving Failures
May 25, 2022
Top 10 Semiconductor Suppliers of 2021
May 25, 2022
POLL
Strategies to Reduce Noise and Vibrations in Vehicles
May 25, 2022
NI CEO Says Data and Testing Key to Future Technology Success
May 25, 2022
NASA Space Missions: To Infinity and Beyond
May 25, 2022
Rivian Patents Automated EV Charging Connector
May 24, 2022

Meet The MRV, NASA's Stab at the Electric Vehicle 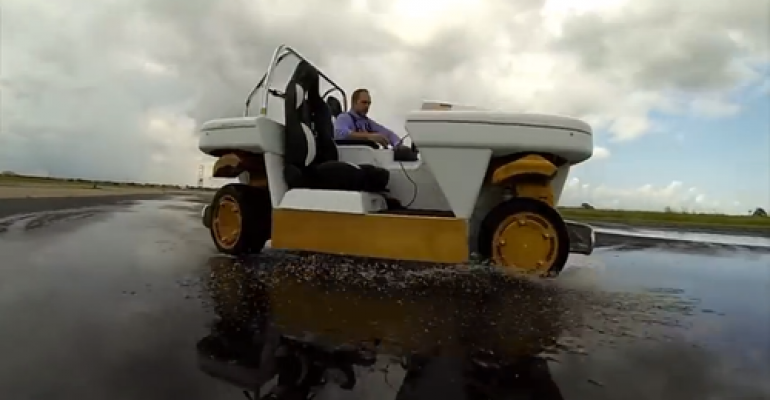 NASA is dipping its toe into the automotive world with the development of the Modular Robotic Vehicle (MRV), a two-seat electric vehicle built off of the same technology NASA uses for space exploration rovers and control systems. It's all part of an initiative by NASA's Johnson Space Center to adapt space exploration technologies for use in autos down here on Earth.

In an interview released by NASA, Mason Markee, a mechanical engineer at NASA's Johnson Space Flight Center, said there is a cyclical relationship, wherein technologies designed for space are being implemented in the MRV and the MRV will in turn help develop future systems for space exploration. "Actuators, motor controllers, sensors, batteries, BMS, component cooling, sealing, and software are all examples of technologies that are being developed and tested in MRV that will be used in next generation rover systems," Mason said. 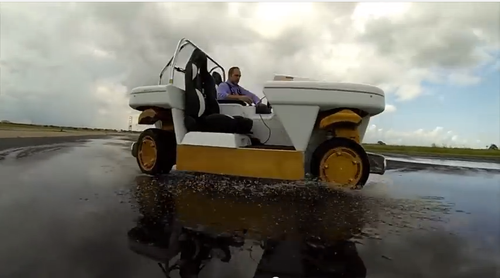 The MRV is all-electric, has a top speed of 70 kph (about 43 mph) and a range of 100 km (about 62 miles) on a single charge. While it won't be tearing up the roadways any time soon the vehicle does have some unique driving capabilities enabled by its four independently actuated wheel modules (NASA calls them "e-corners"). Each e-corner can be rotated 180 degrees in either direction thanks to its redundant steering actuator, a passive trailing arm suspension, an in-wheel propulsion motor, and a motor-driven friction braking system. While advanced modes uses a joystick controller, the MRV features a steering wheel designed to mimic the feel of driving with a standard auto.

MORE FROM DESIGN NEWS: What Will it Take for Apple's Next Big Thing to be a Car?

The back wheels can articulate in a way that allows for a zero turning radius and the vehicle can be driven with conventional front, two-wheel steering or with all four wheels pointing in the same direction to achieve omni-directional motion. Imagine just being able to slide your vehicle sideways and avoid the tricky maneuvers of parallel parking. It also doesn't look half bad at drifting, if you're into Fast and Furious-type driving without any of the design aesthetic.

The MRV can also be operated by remote control and NASA hopes to expand the system to accommodate autonomous driving, as well.

Watch the video below to see the MRV in action pulling off some pretty slick maneuvers: