HomeAutomationThe MathWorks Makes Simulation a 3-D Virtual Reality
Recent
Automation
Is Magneto the Hero We Need to Destroy Blood Clots?
May 19, 2022
Using AI To Help the Deaf Communicate
May 19, 2022
Argo AI Expands Driverless Operation to Austin and Miami in Search of More Challenges
May 18, 2022
12 Ideas that Could Change the World
May 18, 2022
POLL
Making the AC Power Main Intelligent
May 18, 2022
How to Make Sure Your Digital Transformation Doesn’t Fail
May 18, 2022
The Internet's Grooviest Slideshow of Legendary International Scouts
May 17, 2022
Electronics Industry Bolsters Root of Trust Security Efforts
May 17, 2022 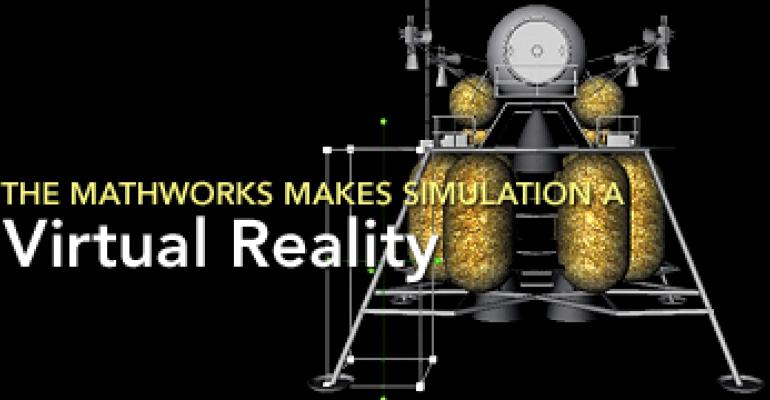 Responding to the growing demand among engineers to visually observe the dynamic behavior of the systems they're designing, The MathWorks has released Simulink 3D Animation.

The software, an upgraded version of a product formerly known as Virtual Reality Toolbox, provides an interface between the MATLAB environment and Simulink multidomain simulation platform and virtual reality graphics. As a result, engineers and scientists can dynamically simulate their mechanical products and control systems in a 3-D virtual reality environment, giving them a more realistic view of their offering.
"Engineers are doing more and more work virtually in terms of understanding their design, especially when they're building control systems," says Jason Ghidella, The MathWorks' senior team lead working with the Simulink line of products. "They're looking to use simulation upfront to understand the behavior and to try and diagnose any system integration issues."

Being able to visualize the behavior of a system in a 3-D world gives engineers a better handle on possible design issues and conflicts compared with examining mathematical equations or X, Y plots. As a result, The MathWorks competitors, including Maplesoft, are adding similar 3-D and animation capabilities to their multi-domain offerings. "Just looking at an X, Y plot of a response is very difficult," Ghidella says. "People like to look at something visual to get a better understanding. That's what is driving the notion of needing 3-D animation attached to simulation output."

Simulink 3D Animation offers tools for building, modifying and viewing virtual reality worlds. Engineers can change position, rotation, size and other properties of the objects they've created in the virtual world as part of the exercise in observing the dynamic behavior of their systems. New in this release is the ability to incorporate 3-D scenes with other graphics objects, including those created in MATLAB. The software also supports the import of VRML files created from CAD assemblies that were authored in such tools as SolidWorks and Pro/ENGINEER.