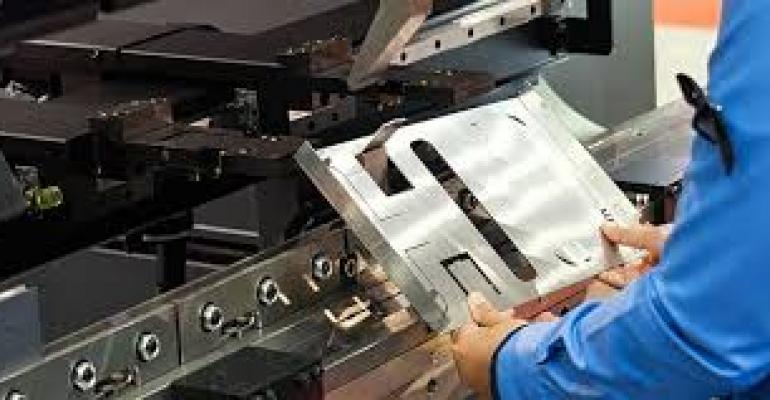 Manufacturing report reveals companies and their suppliers are experiencing prosperity while also facing labor challenges. For many, the solution is greater automation.

Manufacturers and their suppliers are doing well in the current economy, yet there are some core challenges that persist. MFG.com has released its MFGWatch 2019 Manufacturing Report that reveals that companies are turning to greater automation to solve labor shortages. The survey respondents include sourcing professionals and small- to mid-size custom manufacturers who use MFG.com.

The results include the following:

Business is growing. Manufacturers and their suppliers plan to increase staff in 2019 to keep up with demand, with more than 44% saying they will invest in their workforce and acquire new technology. Thirty four percent of buyers will focus more on technology infrastructure and not the workforce, with almost 33% planning to increase both this year.

Despite growth, there are concerns. Fifty percent of suppliers agree that the availability of materials is an issue, with 44% citing tariffs as a stumbling block. On the buyer side, tariffs and shipping costs affect their supply chain strategies. Interestingly, tariffs were not a concern on the last MFGWatch survey published three years ago. The growing shortage of skilled workers was also a key concern.

Companies are sourcing in the United States. Given that many of the respondents work for smaller manufacturers, it wasn’t surprising that nearly 90%  of buyers and sourcing professionals cited the US as their company’s primary sourcing destination for manufacturing their products. For those sourcing overseas, 79% have made no changes to bring production back to North America from lower-cost countries.

Other Signs of Prosperity

Sixty-five percent of respondents said they received more work this year than last year—a more than 50% jump over last year’s results. More than 50% said their available capacity increased in 2018 while 37% said it stayed the same year-over-year.

Similarly, 61% of suppliers said they experienced an increase in RFQs in 2018, suggesting that the trend continues for buyers actively looking to source custom parts through American suppliers. Only 12% of suppliers surveyed saw a decrease in RFQs. Nearly 60% of sourcing professionals indicated they experienced growth in the last year, a jump from 47% in the previous MFGWatch report.

MFGWatch noted that survey respondents came from a mix of industries. On the supplier side, consumer products and machinery tools and equipment were the largest represented groups, each at 31%. It was similar on the buyer side, with 30% of respondents in the consumer products industry. Machinery tools and equipment came in third at 24%. The balance was “other.”

Using Automation to Trim the Workforce

The report revealed that manufacturers and suppliers are focusing more on technology. This can include robotics, automated lines, IoT, even 3D printing. “In general, manufacturers and suppliers are talking about updating their equipment portfolio to include technologies that are faster, reduce waste, and provide higher yields or improved quality,” Andy Richardson, VP of marketplace sales at MFG.com told Design News. “Naturally, this often includes more automation and allows companies to interconnect their systems online, as with IoT for remote monitoring and controlling. We’re also seeing traditional manufacturers adopting leading-edge technologies such as 3D printing.”

Low unemployment is resulting in shortages in labor for manufacturers. The report reveals this has become further impetus to deploy technology. Yet the additional automation also requires highly skilled workers, just not as many as the jobs the technology replaces. “Skilled trade workers are certainly needed to operate new equipment, but as the new technologies provide faster throughput and easier operation, the number of workers required to control the same amount of work goes down,” said Richardson. “That being said, however, there is definitely still a shortage of skilled trade workers. This is a serious concern since technology updates can’t replace their craft altogether.”

The Problem of Tariffs and US Sourcing

The problem the respondents face with tariffs is an unknown, since tariffs could vanish in an instant or persist for years. Many of the respondents find that prospect of sourcing from North America is actually feasible. It depends on whether you’re a buyer or supplier. “On the buyer side, bringing production back home is very feasible,” said Richardson. “There are some challenges with moving large, expensive tooling for existing programs, but it is doable. However, there are some additional costs associated with relaunching and requalifying a program, so the cost and time required to make the change have to be considered.”

Richardson noted it’s the flip side for supply manufacturers. ”It’s a much more difficult and costly process for suppliers, one not likely to happen at the current time due to tariffs,” said Richardson. “This is because the cost of relocating or rebuilding a factory in North America would likely far outweigh the additional expense of the tariffs.”