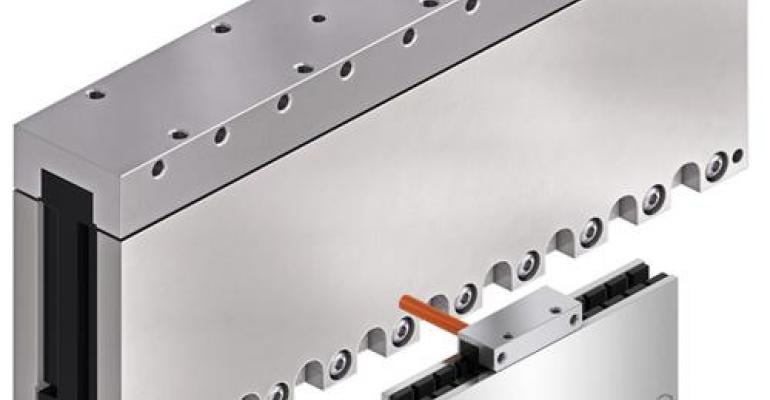 New developments in linear motor design are boosting positioning accuracy and enabling the technology to replace pneumatics and rotary motors in some high-precision manufacturing applications, suppliers said this week.

Motor manufacturers at the Design & Manufacturing Midwest show in Chicago said that the new breed of linear motors is taking up residence in semiconductor applications, such as wafer inspection and wire bonding, as well as in other applications, such as pick-and-place machinery, laser cutting, and packaging lines.

"It's a drop-in replacement for pneumatic or hydraulic cylinder applications, but with a lot more efficiency in terms of operating costs," noted Jerame Chamberlain, sales manager for Nippon Pulse America, Inc., a major manufacturer of stepper motors.

At the show, Nippon Pulse rolled out the Green Drive, a new linear motor that reportedly uses 50% less energy than other linear motors producing the same output. Green Drive's linear shaft motor design is different from conventional linear motors in that its magnets are placed in the motor shaft, rather than in a U-shaped channel around the motor's coils. The result, say Nippon Pulse engineers, is significantly higher efficiency.

"You could put this motor up against any linear motor in the world with similar specs, and it will always use less energy," Chamberlain said. 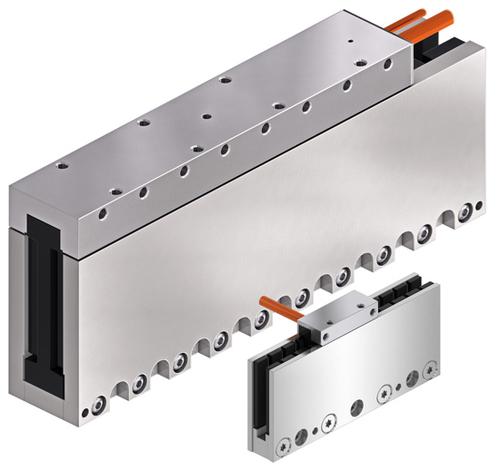 "Our target for actuators is about 20% to 30% higher than an equivalent ball screw driven by a rotary motor," noted Joel Galliher, director of mechatronic systems for Rexroth's Linear Motion and Assembly Technologies group.

By employing an ironless design, Rexroth engineers said they have also eliminated the problem of "cogging," which is a ripple force that detracts from the smoothness of a motor's operation. As a result of the high force and greater accuracy, Rexroth said it is targeting pick-and-place and wafer inspection applications, as well as machines that employ precise scanning operations.

Engineers from Nippon Pulse and Rexroth also said that the new breed of linear motors is growing more user-friendly by incorporating components that might otherwise be purchased separately. Rexroth, for example, includes an optional Hall Effect sensor. And Nippon Pulse incorporates self-contained bearings and encoders.

The show, which runs through Thursday, included displays from 15 different linear motor manufacturers and distributors, including IAI America, LinMot, Newport, Techno, Rexroth, and Nippon Pulse, among others.