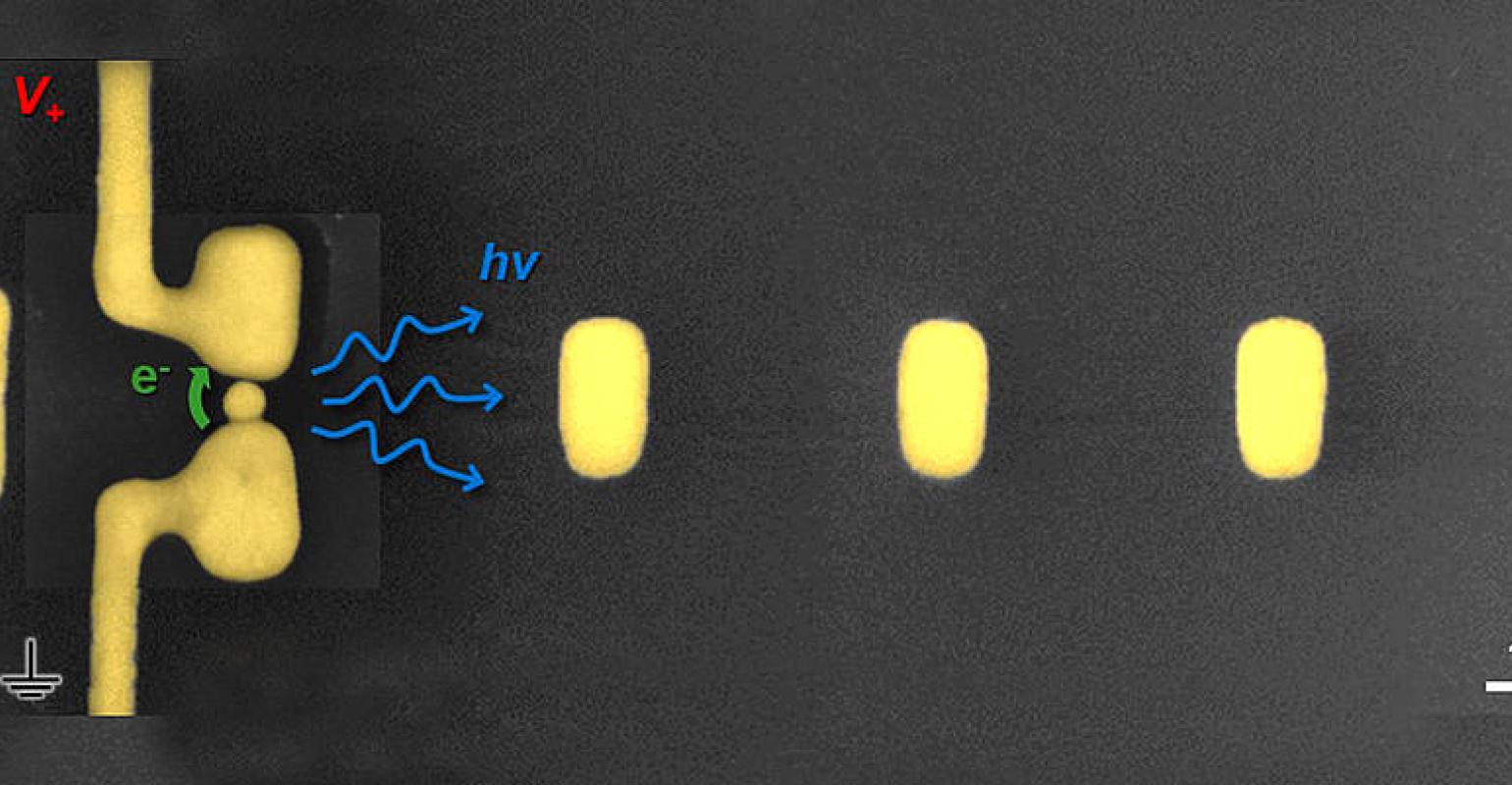 New technology from researchers in Germany provides directional communication at nano-scale and is well-suited for smaller form factors.

Speedy and efficient data transfer is key to making the Internet of Things (IoT) a true reality, as more and more devices beyond smartphones and tablets are beginning to communicate through various wireless transfer technology and protocols. While currently radio-based antennas included in devices is typically the way they communicate, there now is the potential for another, more direct option for data transfer that allows for smaller form factors.

Physicists at the University of Wurzburg in Germany have for the first time successfully converted electrical signals into photons and radiated them in specific directions using a low-footprint optical antenna that is only 800 nanometers in size.

A team led by Physics Professor Bert Hecht developed technology that can generate directed infrared light using an electrically driven antenna made of gold, which researchers called “Yagi-Uda.” The antenna is so-named because two Japanese researchers, Hidetsugu Yagi and Shintaro Uda, invented the antenna in the 1920s.

The breakthrough is significant for a number of reasons, said René Kullock, a member of the nano-optics team who worked on the project. One is that the directional antennas used today--which convert electrical signals to radio waves and then emit them in a particular direction—radiate electromagnetic waves evenly in all directions. This is not the case in the Yagi-Uda antenna. “This does not occur evenly in all directions but through the selective superposition of the radiated waves using special elements, the so-called reflectors and directors," Kullock. "This results in constructive interference in one direction and destructive interference in all other directions."

In this way, the antenna can only receive light coming from the same direction when operated as a receiver, thus emitting its signals only in one direction rather than all directions, researchers said.

Lighting The Way For Data

As all Internet-based communication uses optical light communication, directional antennas that use light as a data-transfer method are an obvious choice to exchange data between different processor cores with little loss and at the speed of light. Developing the antenna—which required researchers to take the laws of typical antenna technology and apply them at nanoscale--was not without its challenges, Kullock said.

While the team previously demonstrated that the principle of an electrically driven light antenna works, they had to expand this work to create the complex Yagi-Uda antenna. "We bombarded gold with gallium ions which enabled us to cut out the antenna shape with all reflectors and directors as well as the necessary connecting wires from high-purity gold crystals with great precision," Hecht explained.

Researchers then positioned a gold nanoparticle in the active element so that it touches one wire of the active element while staying a short distance--one nanometer—away from the other wire. This narrow gap allows electrons to cross it when voltage is applied using a process known as quantum tunneling, Hecht said. This charge motion generates vibrations with optical frequencies in the antenna which are then emitted in a specific direction due to the specific arrangement of the reflectors and directors.

The team published a paper on their work in the journal Nature Communications.

Researchers see their work as a significant breakthrough for providing light-based data transfer in a nano-sized antenna well-suited to the smaller IoT devices and sensors currently being developed. However, researchers have a number of improvements to make to the technology before it can be commercially used.

The team plans to continue to work on the Yagi-Uda antenna by improving the counterpart that receives light signals, as well as boosting the efficiency and stability of the device, researchers said.