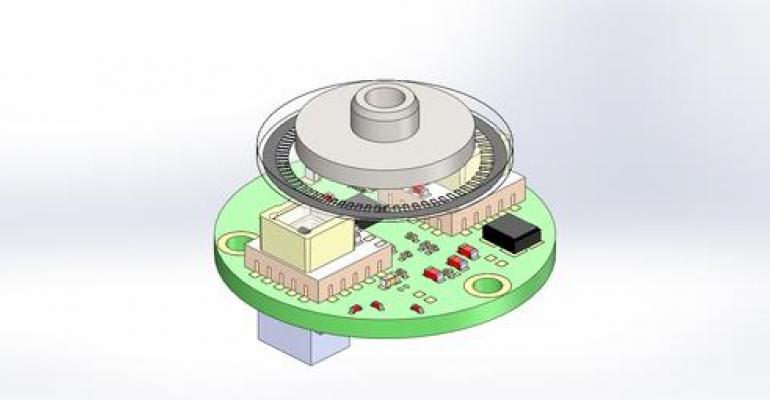 As robots and machines become more sophisticated and are called upon to perform more complex tasks, the motion control that defines their movements must be as precise as possible to avoid accidents, prevent mechanical failures, or even achieve a specific goal for an application.

Robots are working alongside humans more often than ever before, so safety, weight, and user friendliness are becoming increasing concerns for designers of these systems.

Take the case of a MicroE Systems customer, an industrial automation manufacturer that needed to develop a robot arm that would make highly precise movements and work in close contact with its operator.

The customer needed "a robot arm that had to be highly precise and very small and lightweight," Jesse Dowd, director of product management for MicroE Systems, told us. "There was also a lot of operator interaction with the robot. In some cases, the operator moves around it. This wasn't just a traditional big, old welding robot in a cage separate from operators."

Key design requirements for the customer were an encoder that could fit into a small space but measure position accurately and to a very precise degree. "The customer came to us and said they had a small-size problem and were not able to get the type of performance from a small encoder off the shelf," Dowd said.

Because of the small footprint of MicroE's encoders, the customer was able to integrate two encoders into the joints of the robot arm to measure position in two different places and achieve high motion-control accuracy. Those positions could be communicated back to the control system in a very small form factor.

High performance, small package
MicroE has been developing encoders -- small devices that measure the position of parts in a robot or machine and send that data to the control system -- for robot makers and developers of other precision devices and instruments for 20 years.

"We use MicroE encoders because they're low profile with a high resolution," said Rob Mastromattei, owner and director of Applimotion, a Sacramento, Calif., maker of motors for specialized applications. High resolution means an encoder can take a multitude of measurements in one revolution of movement. "When you have to position your servo to very fine increments of position -- like fractions of a degree -- the finer the positioning requirement, the higher the resolution you need."

He compared this kind of use to an urban environment with a lot of streets, versus a more rural environment, where there might be one street every mile. "The densely populated city would be high resolution -- you have more places to turn. When we talk about high resolution [with MicroE], we're talking about millions of counts per revolution that you can stop at."

Applimotion specializes in direct-drive motor assembly applications that require high-resolution motion control, so MicroE's encoders are a good fit for many of its products, Mastromattei said.